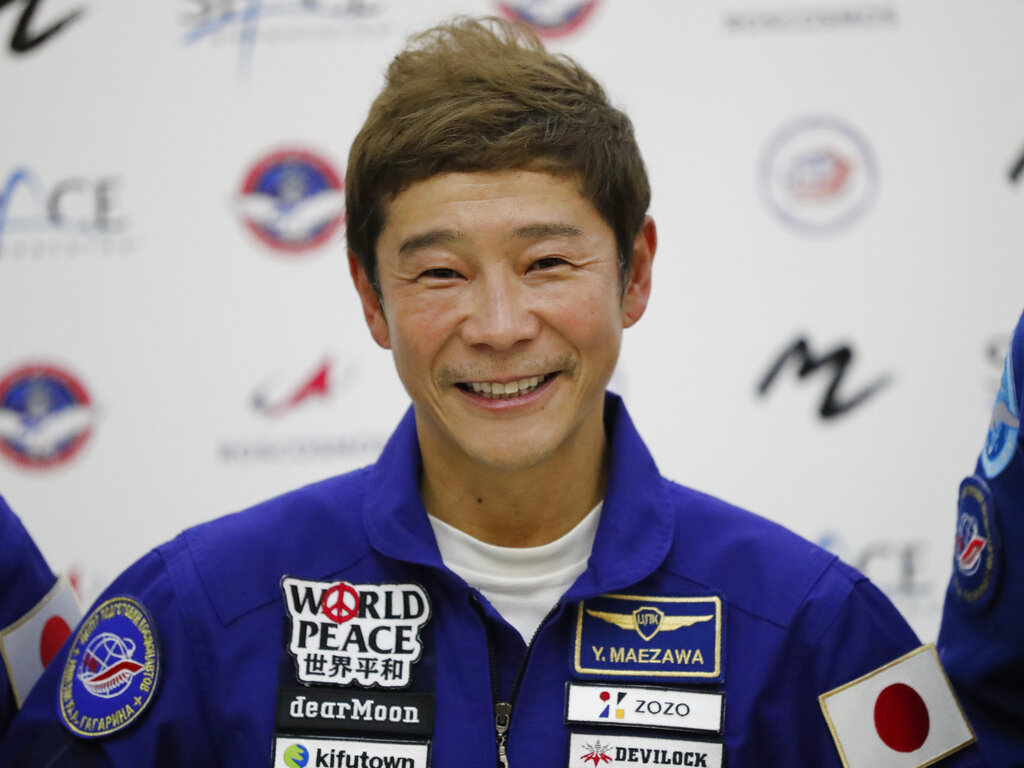 Japanese billionaire Yusaku Maezawa arrived at the Baikonur cosmodrome in Kazakhstan on Friday for training ahead of his flight to the International Space Station on a Russian-operated spacecraft.

Maezawa's mission -- set for departure on December 8 -- will be the first to take space tourists to the ISS in over a decade.

The 45-year-old tycoon is the founder of Japan's largest online fashion mall and the country's 30th richest man, according to Forbes.

He will travel to the ISS for a 12-day mission with his assistant Yozo Hirano where Maezawa plans to document his journey for his YouTube channel.

They will travel to the orbital station in a Soyuz MS-20 spacecraft with Russian cosmonaut Alexander Misurkin.

The trio arrived at the Russia-leased cosmodrome on Friday "to complete pre-launch training", said Russia's space agency Roscosmos which has organised the flight together with US company Space Adventures.

Maezawa will be the first space tourist to travel to the ISS with Roscosmos since Canadian Guy Laliberte, co-founder of Cirque du Soleil, in 2009.

Maezawa's mission rounds off a year that has seen several space journeys completed by non-professional astronauts and more players emerging in the market.

SpaceX made history this year by sending the first all-civilian crew around the Earth's orbit in a mission called Inspiration4.

Blue Origin, the company of Amazon founder Jeff Bezos, and Virgin Galatic of billionaire Richards Branson offered the experience of a few minutes of weightlessness before coming back to Earth.

Roscosmos in October sent an actress and director to the ISS who spent 12 days on the station shooting scenes for the first movie shot in orbit.