Outdoing his fellow billionaires in daredevilry, Jeff Bezos will blast into space next month when his Blue Origin company makes its first flight with a crew. 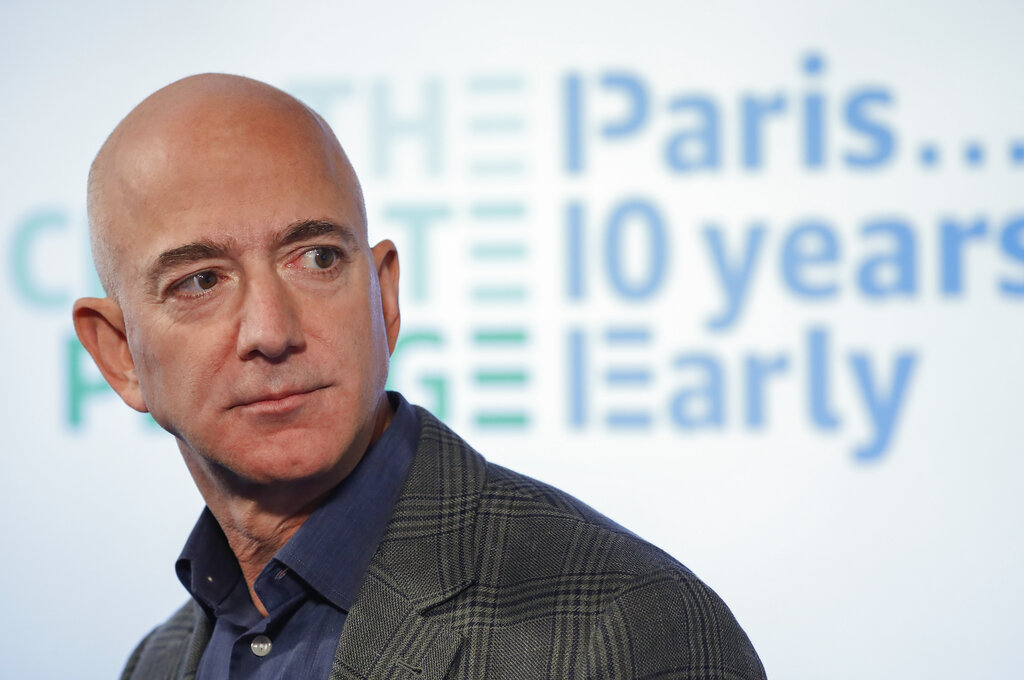 In this Sept. 19, 2019, file photo, Amazon CEO Jeff Bezos speaks during his news conference at the National Press Club in Washington. (Photo: AP)

The 57-year-old Amazon founder and richest person in the world by Forbes' estimate will become the first person to ride his own rocket to space.

Bezos announced his intentions Monday and, in an even bolder show of confidence, said he will share the adventure with his younger brother and best friend, Mark, an investor and volunteer firefighter. He said that will make it more meaningful.

Blue Origin's debut flight with people aboard — after 15 successful test flights of its reusable New Shepard rockets — will take place on July 20, a date selected because it is the 52nd anniversary of the first moon landing by Apollo 11's Neil Armstrong and Buzz Aldrin.

The Bezos brothers will launch from remote West Texas alongside the winner of an online charity auction. There’s no word yet on who else might fill the six-person capsule during the 10-minute flight that will take its passengers to an altitude of about 65 miles (105 kilometers), just beyond the edge of space, and then return to Earth without going into orbit.

Bezos said he has dreamed of traveling to space since he was 5.

“To see the Earth from space, it changes you. It changes your relationship with this planet, with humanity. It’s one Earth,” Bezos said in an Instagram post. “I want to go on this flight because it’s a thing I’ve wanted to do all my life. It’s an adventure. It’s a big deal for me.”

Added his brother: “I wasn’t even expecting him to say that he was going to be on the first flight, and then when he asked me to go along, I was just awestruck.”

Bezos will step down as Amazon's CEO 15 days before liftoff. He announced months ago that he wants to spend more time on his rocket company as well as his newspaper, The Washington Post.

His stake in Amazon stands at $164 billion, which will make him by far the wealthiest person to fly to space.

Until now, thrill-seeking billionaires have had to buy capsule seats from the Russian space program or, more recently, Elon Musk's SpaceX, which plans its first private flight in September. These orbital trips, generally lasting several days, with visits to the International Space Station, have cost tens of millions of dollars per person. 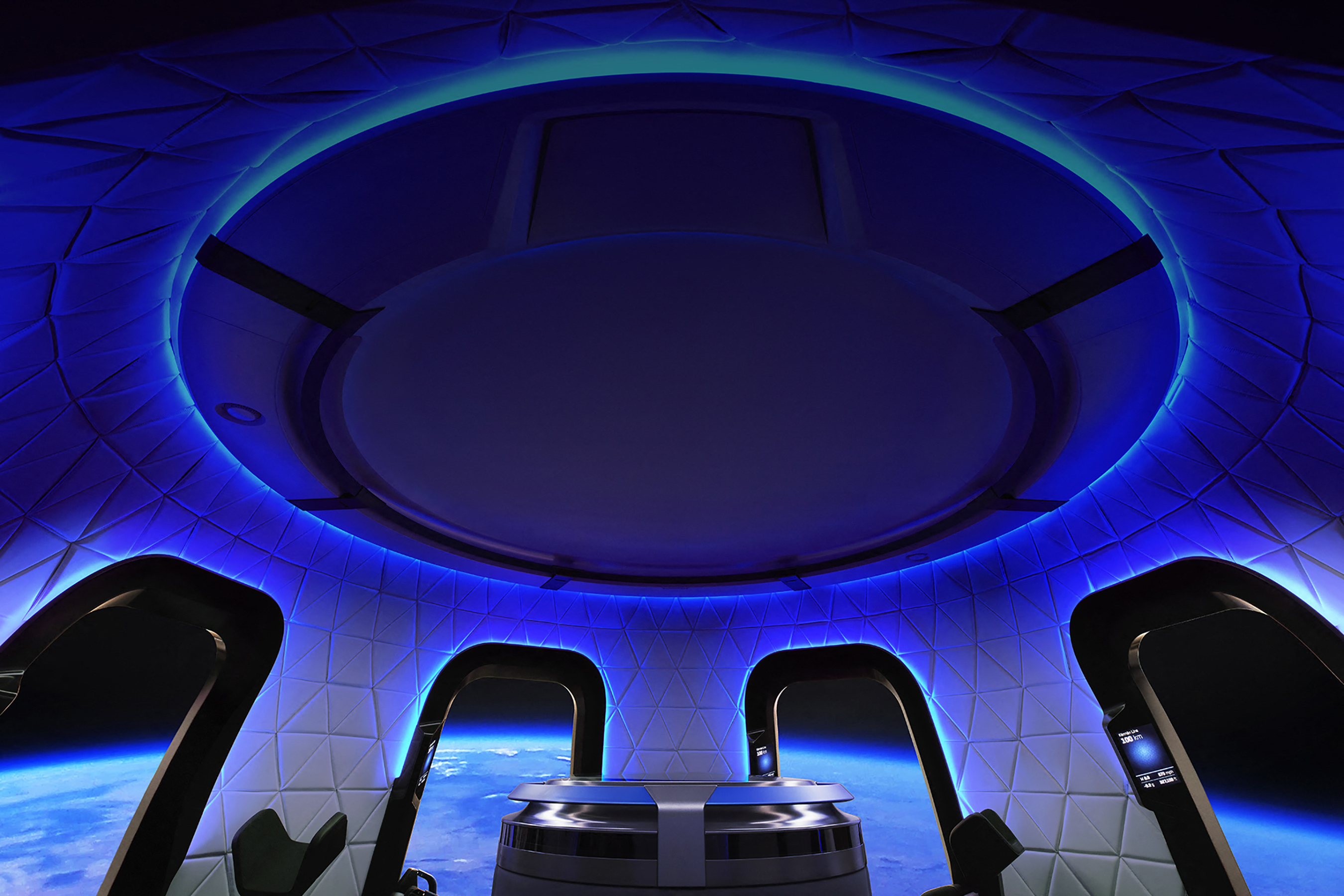 In this file undated handout photograph obtained May 19, 2021, courtesy of Blue Origin, shows the interior of the Blue Origin Crew Capsule. (Photo: AFP)

The flight by Blue Origin's New Shepard capsule, named for Alan Shepard, the first American in space, will last five minutes less than Shepard's history-marking suborbital ride aboard a Mercury capsule in 1961.

But Blue Origin's capsule is 10 times roomier with a huge window at every seat — the biggest windows ever built for a spacecraft, in fact.

The company, based in Kent, Washington, is working to develop an orbital rocket named after John Glenn, the first American to circle the Earth.

The Bezos flight will officially kick off the company's space tourism business. The company has yet to start selling seats to the public or even to announce a ticket price for the short trips, which provide about three minutes of weightlessness.

Blue Origin’s launch and landing site is 120 miles southeast of El Paso, close to the Mexican border. After the capsule separates, the rocket returns to Earth and lands upright, to be used again. The capsule, also reusable, descends under parachutes.

Virgin Galactic’s Richard Branson — a "tie-loathing," mountain-climbing, hot-air-ballooning daredevil — also plans to ride into space aboard his own airplane-launched rocketship later this year after one more test flight over New Mexico. Virgin Galactic completed its third test flight into space with a crew two weeks ago; the company doesn't want him climbing aboard until the craft is thoroughly proven.

The 70-year-old Branson on Monday offered congratulations to Bezos, a tame, bookish Wall Streeter by comparison. Branson tweeted that their two companies "are opening up access to space — how extraordinary!”

Like Blue Origin, Branson's company will send paying customers to the lower reaches of space on up-and-down flights, not Earth-orbiting rides.

Musk's SpaceX already has transported 10 astronauts to the space station for NASA and sold several seats on private flights. Musk himself has yet to commit to going into space, though he has repeatedly said he wants to die on Mars, just not on impact.

Until recently, Blue Origin had been criticized by some for proceeding too slowly, especially when compared with SpaceX. Bezos adopted as the company's motto “Gradatim ferociter,” Latin for “Step by step, ferociously,” and had it emblazoned on the so-called lucky cowboy boots he wears to his company's space launches. 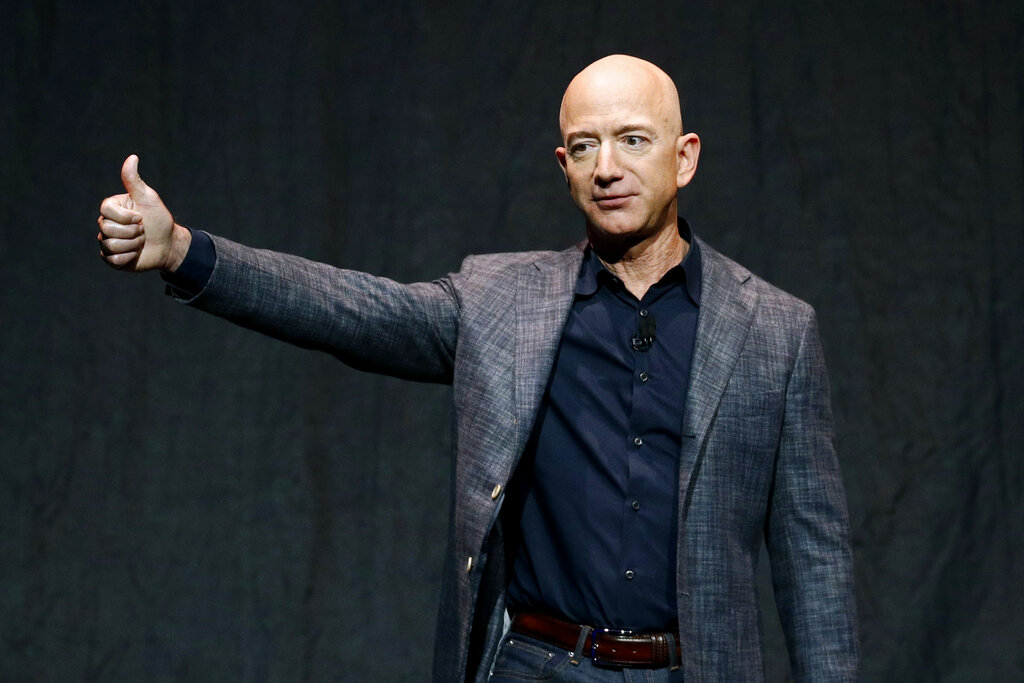 “Blue Origin, admirably, has gone about it carefully and has built a reliable and less ambitious vehicle and is likely to succeed,” the director of Vanderbilt University’s aerospace design lab, Amrutur Anilkumar, said in an email Monday. “It is noteworthy that Bezos feels comfortable taking his brother for a ride; that is probably the best exclamation for safety and reliability.”

While Blue Origin’s and SpaceX’s capsules are fully automated, Virgin Galactic has two pilots in the cockpit for every spaceflight. A 2014 accident left one pilot dead and the other seriously injured.

As for the seat that is being auctioned off, Blue Origin opened online bidding on May 5, the 60th anniversary of Shepard's flight. It's up to $2.8 million. 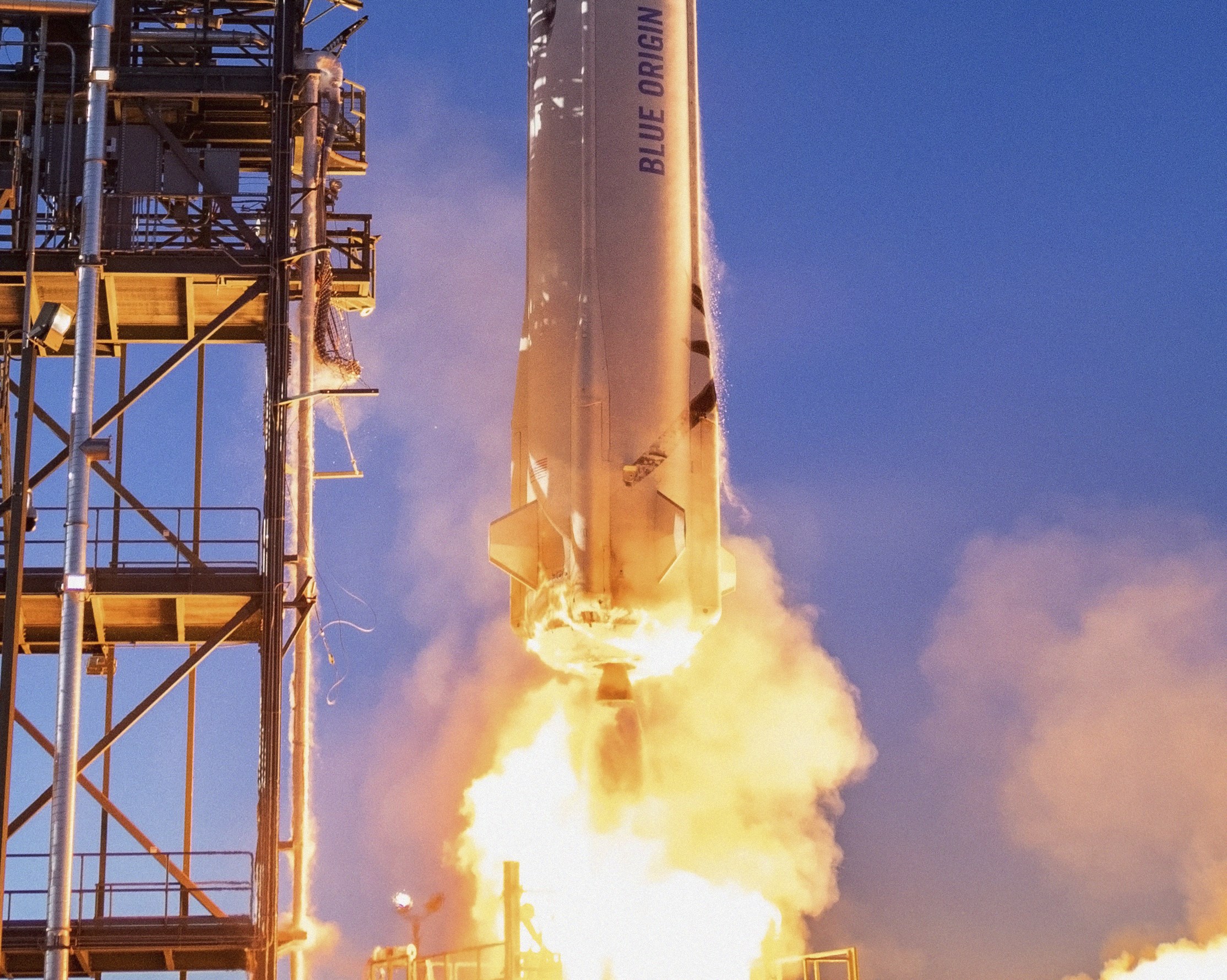 In this file photo taken on May 19, 2021 This undated handout photo obtained May 19, 2021, courtesy of Blue Origin, shows a close-up of the New Shepard rocket as it launches in West Texas. (Photo: AFP)

The auction will conclude Saturday, with the winning amount donated to Club for the Future, Blue Origin's education foundation, which encourages youngsters to pursue careers in science. Nearly 6,000 people from 143 countries have taken part in the auction.

In an Instagram video posted by Bezos, Mark Bezos' reaction when his brother invited him on the flight was: "Are you serious? ... Seriously? My God!”

“What a remarkable opportunity not only to have this adventure, but to be able to do it with my best friend," the younger brother said.