Singapore's decision to allow the production and sale of laboratory-grown meat will prove a milestone in helping both the land-scarce country and others to sustain food security and help counter climate change, analysts said. 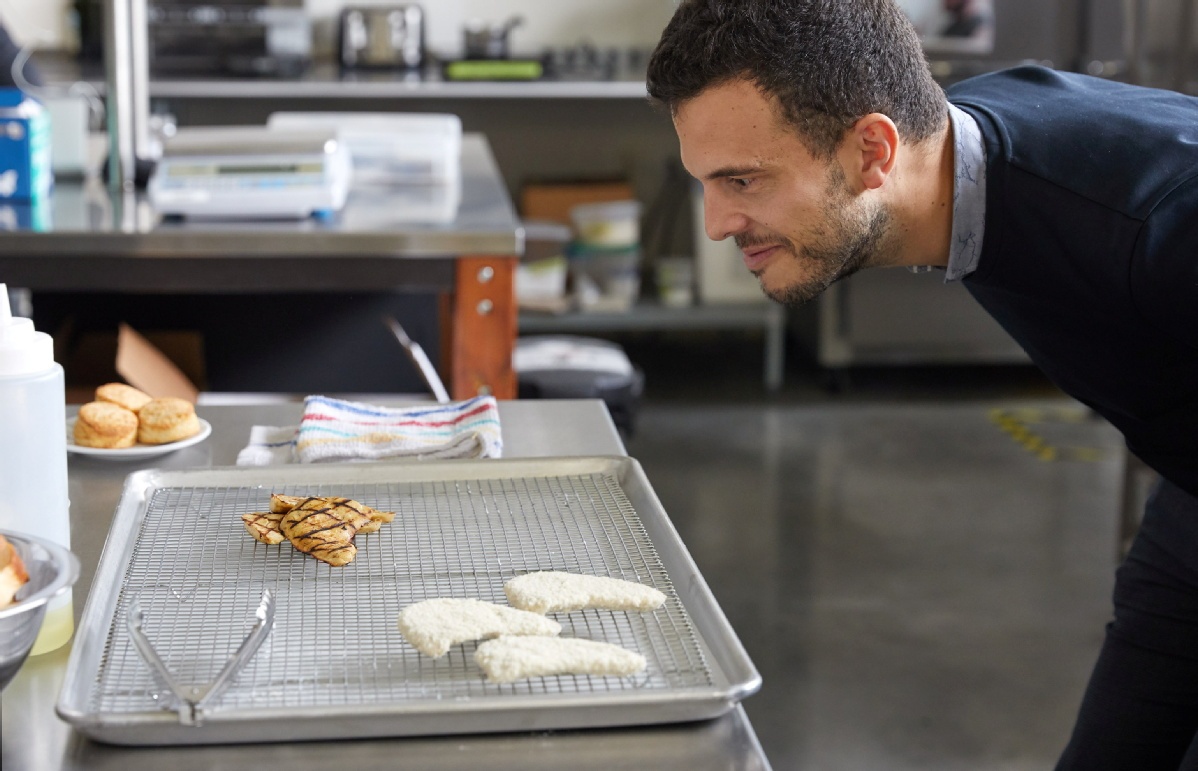 An employee of Eat Just looks at grilled fillet made from lab-grown cultured chicken developed by the company. (Photo: Agencies)

As the first country to approve the manufacture of cell-cultured meat, Singapore can serve as a role model to other countries keen to boost food production using this technology.

"As nations race to divorce meat production from industrial animal agriculture, countries that delay their investment in this bright food future risk getting left behind. The rest of the world should be following Singapore's lead by funding alternative protein research and working with companies to ensure a rigorous and thorough path to regulatory approval and oversight,"Friedrich said in a statement.

Jerry, however, does not see cultured meat evolving into a mainstream product. He expects it to cater more to a niche market that is willing to pay a premium for alternative meat options.

The Singapore Food Agency approved on Dec 2 an application to manufacture and sell cell-cultured chicken by Eat Just. Based in the United States, the startup is known for developing plant-based egg substitutes.

Paul Teng, adjunct senior fellow at the Centre for Non-Traditional Security Studies at Nanyang Technological University in Singapore, said the production of cultured meat is in line with the Singapore government's "30 by 30" food security plan.

Under the plan, Singapore aims to produce 30 percent of its nutritional needs by 2030. With a land area that only spans over 700 square kilometers, Singapore has barely enough space for farming and needs to import roughly 90 percent of its food.

Singapore, he said, is aiming to meet 10 percent of its 2030 needs by growing its own proteins, which includes cultured meat. Other protein sources, like eggs and plant-based protein, as well as the production of more fish, are also being targeted.

"Singapore is a city-state. We have little land for farming and (in order to attain) food security, we have to beef up local food production capabilities," said William Chen, Michael Fam Chair Professor and director of the NTU's Food Science and Technology Program.

Chen said the coronavirus pandemic has shown the need to reduce reliance on imported food. Chen said that with COVID-19 disrupting the supply chain, even countries that have the means to import goods cannot access them, with borders shut to curb the spread of the disease.