TECH LandSpace's rocket assembly base in East China to be launched

LandSpace's rocket assembly base in East China to be launched 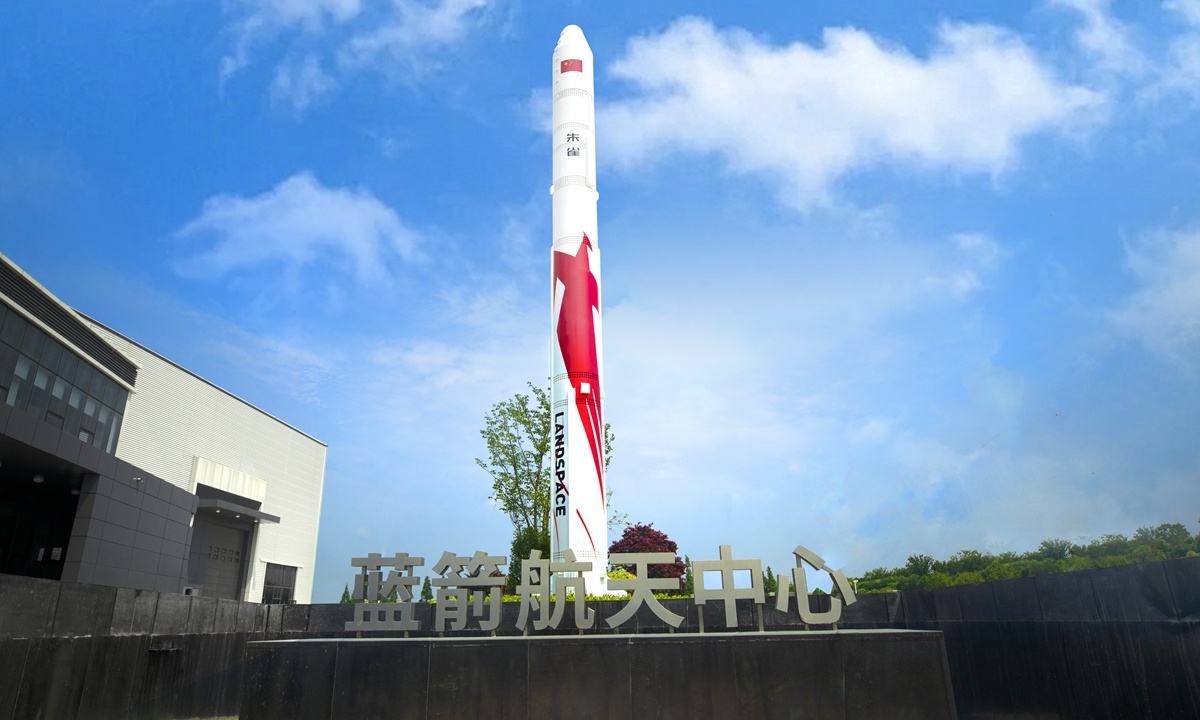 A view of the space center of LandSpace in Jiaxing, East China's Zhejiang Province (Photo: Courtesy of LandSpace)

LandSpace, one of the leading Chinese private rocket firms, announced on Wednesday that construction of the first phase of its space center is completed construction and will come into operation soon.

The announcement came amid the centenary of the founding of the Communist Party of China (CPC) on July 1.

The space center is located in the aerospace industry park in Jiaxing, a city in East China's Zhejiang Province that played a key role in China's revolutionary history nearly a century ago and seen as the birth place of the CPC. The project, with an investment worth 10 billion yuan ($1.5 billion), started from December last year.

LandSpace has been advancing the development of its ZQ-2 liquid-propellant, medium-lift rocket, although its maiden flight is still not clear, the company told the Global Times on Wednesday.

The ZQ-2 is the largest liquid oxygen methane launch vehicle product developed and produced by a private firm, and it will be the first rocket of its kind in China to be sent into space. Previous launch vehicles were solid-propellant carriers.

It has made four TQ-12 methane engines for the first stage of the ZQ-2 rocket earlier this year. The four engines will generate a combined liftoff thrust of 268 metric tons and will be the main propulsion for ZQ-2.

The engines were developed and manufactured in LandSpace's another plant, which is based in Huzhou, Zhejiang, the first privately owned carrier rocket factory in China and the largest of its kind in Asia.