TECH Laws due to regulate commercial space industry in China

Laws due to regulate commercial space industry in China 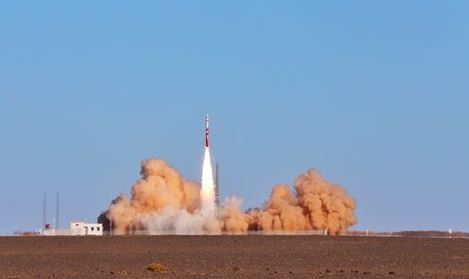 Legislation on commercial space activity in China is expected to be put forward in the next three to five years, Wu Yanhua, vice administrator of China National Space Administration, said on Tuesday during this year's China Space Conference.The law will require companies to seek permission before undertaking research on related technologies and products, and it will also focus on safety concerns, especially solid propellant rockets that contain high-risk propellants and chemicals, thepaper.cn reported on Tuesday.The commercial space industry is booming and attracting many investors in China. According to a report by tmtpost.com, as of January, there were already more than 60 start-ups in the sector.Huang Zhicheng, an expert in space technology, told the Global Times that the legislation should address safety concerns in the development of the commercial space industry. "Rockets are basically missiles if they go wrong," Huang said. "It is a very technology-intensive industry with a high entry threshold. If there is not enough investment in the research process, there can be huge safety threat during launches." The main safety threat comes from solid propellants, which power rockets using fuel or oxidizers, Huang said. These substances can be very explosive if not designed properly.Research and design (R&D) in the industry is especially expensive. As commercial companies are driven by profits, laws covering R&D can prevent them from taking risks or ignoring safety concerns to maximize profits. Such laws could keep unqualified companies from entering the industry, Huang said.The legislation could also better regulate actual launches, which are often the most dangerous part of the whole process, Huang said.