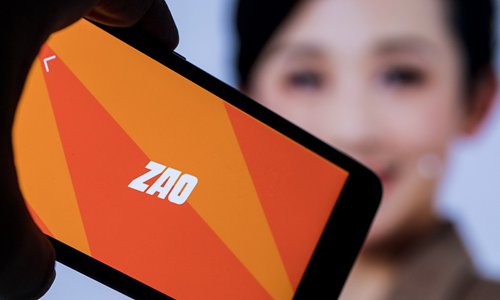 Lawyers called for enhanced management of mobile apps after a company revised its rules amid privacy concerns about an AI app that empowers users to replace a celebrity face with their own.

Downloads at the iOS app store climbed to the top among free entertainment apps as of press time.

Users can upload a selfie and swap it with a celebrity in videos borrowed from movies or TV shows.

Users must surrender their phone number if they want to share the video on WeChat moments and they should also authorize Zao to connect with their WeChat account.

He pointed out the problem was rampant among Chinese web users, many of whom were forced by internet companies to share their private information and data.

Other internet users worried that their selfies might be used by criminals to steal their money through face-scanning payment apps.

But Chinese online payment platform Alipay said on Saturday that face-changing apps are unable to do this, The Beijing News reported.

None have been able to employ an altered user's portrait as an identity check on Alipay, according to the report.

A user who requested anonymity told the Global Times Sunday that although she had privacy concerns, she liked the app as she could see herself performing in a famous drama or movie, realizing a personal dream.

Zao changed its user agreement on Saturday and in the updated agreement, the portrait authorized by the user is limited to use on the platform and relevant content will be saved in accordance with laws and regulations.

Zao would not use the portrait in any other form unless the user agrees again, the agreement said.