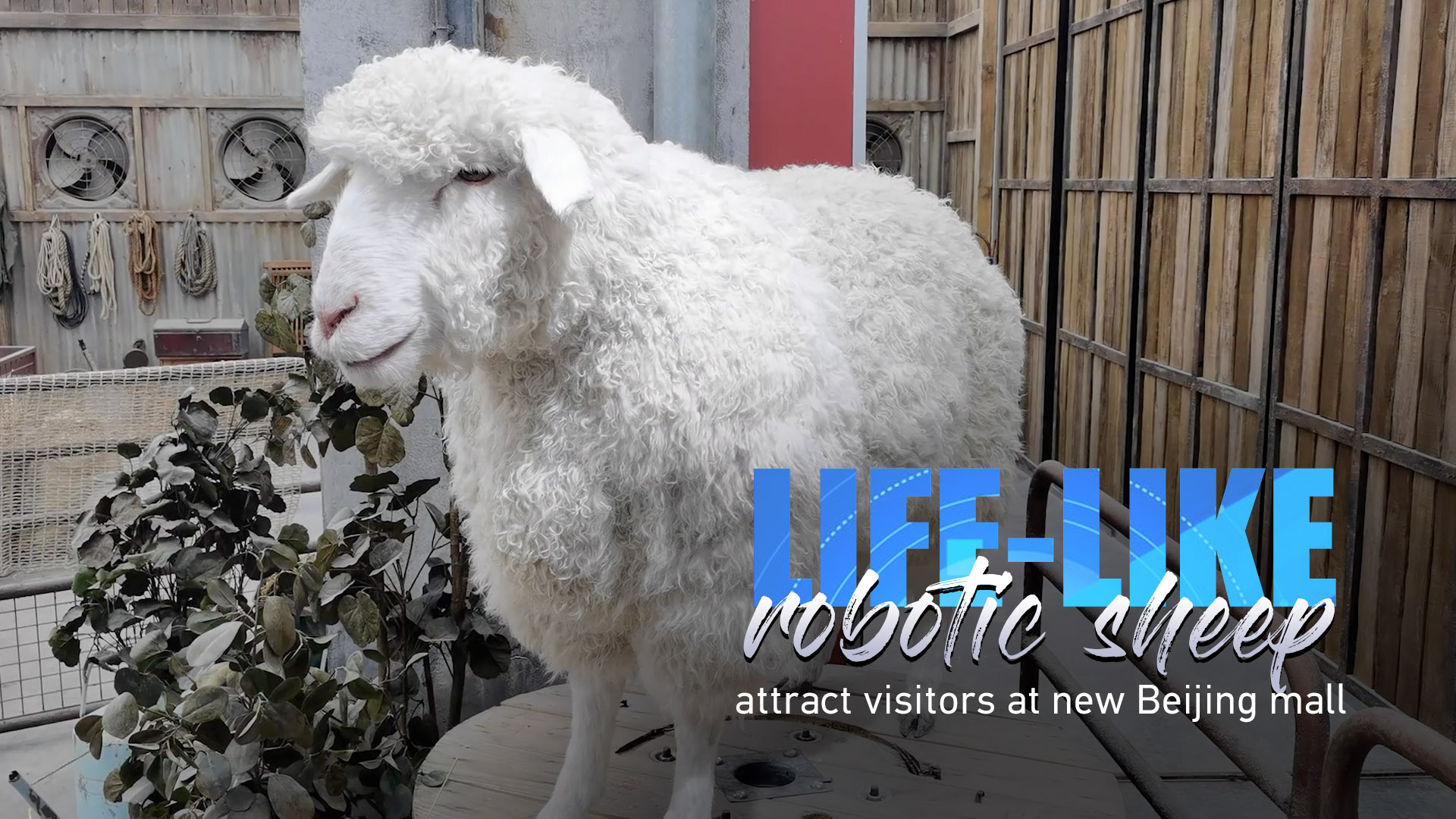 Watch the video and see if you can tell if they are robot sheep.

It may be hard to notice they are robots.

A group of life-like robot sheep were demonstrated at a newly-opened mall in Beijing to attract visitors.

These robots, in different sizes, can nod, chew, and even appear to be "breathing."

To prove the sheep were not real, a few of them were displayed without fur.

Creators said the robot body was made of fiberglass and platinum-cured silicone.

Throughout the time we were at the mall, the sheep area remained the most crowded of all places in the mall. Hundreds of visitors lined up to get a selfie with the robots, among whom was celebrity Xiao Zhan.

Dubbed as "The Future Farm," the robot demo is one of the artworks used to showcase how the mall is different from others. Futuristic technology is heavily emphasized in the design of the mall.

Another display was more interactive.

A group of toy penguins on the ground were programmed to reflect the shape of whatever stands in front of them.

The penguin group can be seen as a screen and each penguin is a black/white pixel. When nothing is in front of them, their backs are turned, so only their black-colored backs can be seen. But when you walk towards them, some of the penguins will turn around to form your outline with their while torsos.

Kinect from Microsoft's XBOX 360 video game console is the special gadget that is used to "see" things.

Meanwhile, a large part of the third floor is occupied by a concept art of human's future colony on Mars.

Shelters, rovers and food supply are embellished with details like movable robot arms and lists of food in the supply. According to the description on the shelters, these fictional buildings belong to a Chinese space exploration program, though all the text are written in English.

The robots are so life-like that a normal person will find it hard to realize they are robots at first glance.

The futuristic displays in the mall are not limited to large pieces of artworks. All the brands in the mall have to show their logos on pre-installed LED screens and the entire mall is painted in blackish gray.

With no public data available at the moment, it's hard to tell if the innovative design will attract more visitors. We will keep an eye on the mall to see how this bold move turns out.