TECH Livestock and poultry gene bank to be established in Xinjiang

Livestock and poultry gene bank to be established in Xinjiang 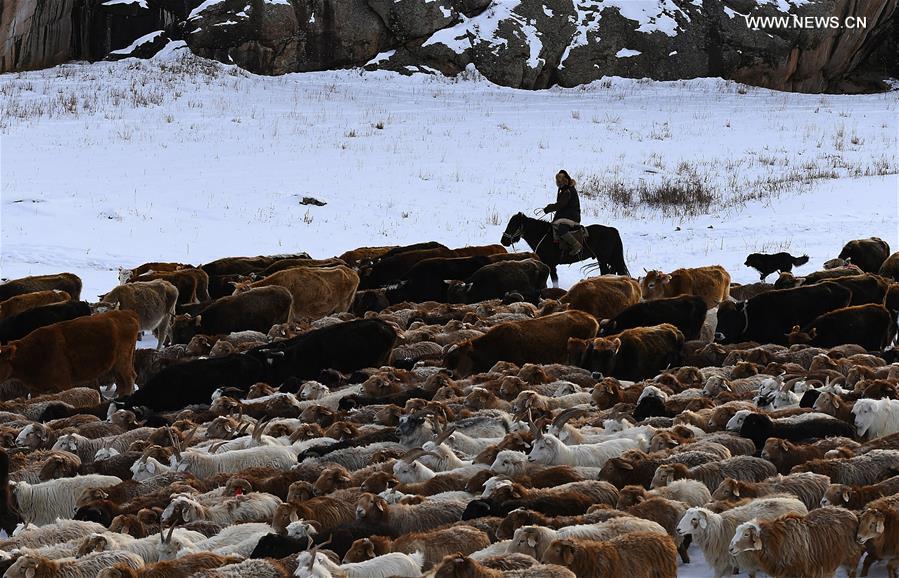 The Xinjiang Uygur autonomous region will establish the first national gene bank for domestic livestock and poultry breeds in the west of the country by the end of this year.

The bank will be based at a sheep-breeding farm in the regional capital, Urumqi.

It aims to raise the region's capacity to conserve animal genetic resources, and provide materials for selecting new breeds of livestock and poultry, according to the Xinjiang Academy of Animal Sciences, which will run the gene bank.

Xinjiang has a variety of livestock and poultry breeds with unique qualities due to its vast territory and diverse ecological environment, and they make up an important part of the region's biodiversity, said Zheng Xinbao, a researcher from the academy.

The improvement of people's living standards in recent years had stimulated greater consumer demand for greener, high-quality livestock products, he said, and some local breeds, particularly those raised in desert areas in Xinjiang, could not meet the requirements or adapt to the market changes, so their numbers had been declining.

"Therefore, using scientific methods to reveal and record the traits of local breeds has great significance in promoting the sustainable development of Xinjiang's animal husbandry, protecting national biodiversity and supporting future research in using gene-breeding or gene-editing technologies to shorten the breeding cycle and raise the breed quality," Zheng said.

According to the academy, after the project is completed, research institutes and universities across the country will conduct surveys in Xinjiang and other provinces in Northwest China to collect information such as breed characteristics, living environment, appearance, production performance and population growth in the past 10 years and evaluate their development.

The bank will have five parts: a preservation bank for genetic materials such as tissue, sperm and embryos; a somatic cell bank for culturing primary somatic cells and future cell quality evaluation; a genomic library for long-term storage of DNA; an exhibition hall to demonstrate the distribution, exploitation and utilization of endemic species; and a platform for monitoring and sharing the resources, and issuing warnings when necessary.

The bank will also apply big data, multimedia and cloud computing technologies, and be equipped with machines and devices to help preserve the genetic materials, according to the academy.

China has some of the most abundant genetic resources of livestock and poultry in the world, with 545 local breeds accounting for about one-sixth of the world's total, statistics from the Ministry of Agriculture and Rural Affairs show.

To better preserve the resources, China has, in recent years, set up six gene banks as well as 165 conservation farms and 24 conservation areas, according to the ministry.