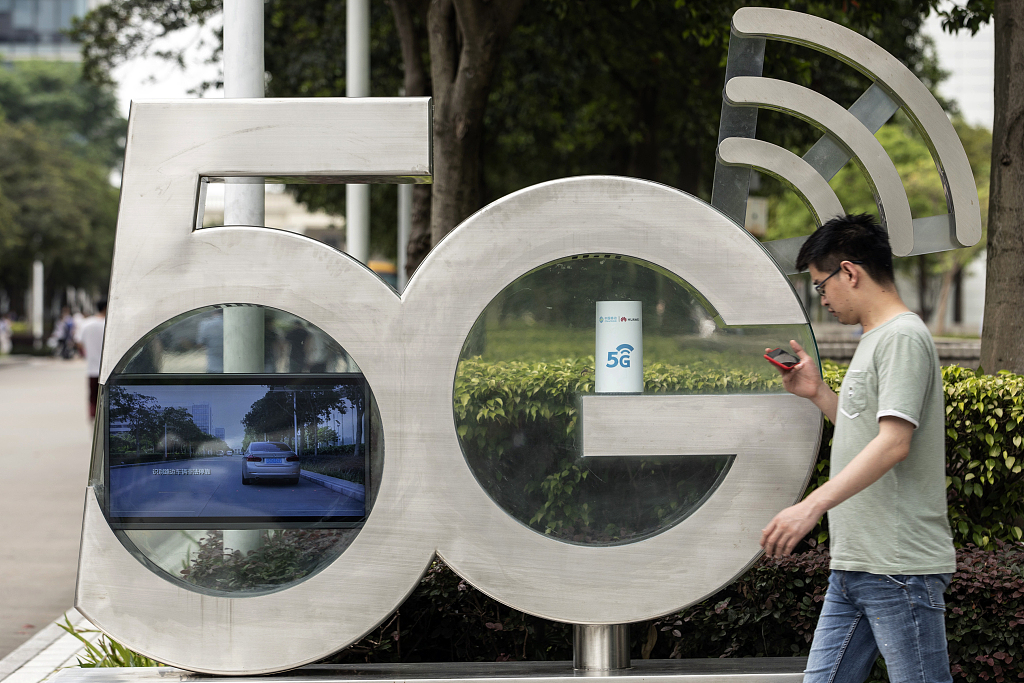 With the approach of full commercial use of 5G, local governments in China have intensively introduced their plans on 5G development recently, as regions like the Pearl River Delta region, Yangtze River Delta region and Beijing-Tianjin-Hebei region are gearing up to cultivate industrial clusters valued at trillions of yuan, according to a report by Economic Information Daily.

At present, more than 20 provincial-level regions have completed 5G call tests and more than 500,000 commercial 5G base stations are expected to be built in South China's Guangdong, North China's Hebei, East China's Zhejiang and Jiangxi, and Central China's Hubei provinces and the cities of Shanghai, Harbin, Tianjin, Chongqing and Wuhan in the future, the report said.

"With technologies and products related to the 5G network maturing, the main parts of the 5G industrial chain, including systems, chips and terminals, are ready for commercial use," Wen Ku, a spokesman for the Ministry of Industry and Information Technology, said on Tuesday.

The report said the ministry, having made a general plan for 5G application, is estimated to formally issue 5G licenses at some point this year.

As one of China's first batch of 5G pilot cities, Guangzhou will build 10,000 5G base stations by the end of year, aiming to take a lead to achieve the commercial use of 5G this year.

Shanghai plans to build 10,000 and 30,000 5G base stations by this year and by 2021 respectively, to realize deep coverage of 5G networks in the whole city and build itself into a leading pilot area of 5G network construction.

According to a 5G development plan released by Guangdong province on May 15, the Pearl River Delta region will be built into a 5G broadband city cluster that has world-level 5G industrial agglomeration area and 5G fusion application area.

In addition, the province proposed a 5G industrial agglomeration area valued at trillions of yuan that will be developed in the Guangdong-Hong Kong-Macao Greater Bay Area.

Earlier, Jiangsu province also released a notice, proposing the three provinces and one city in the Yangtze River Delta region, which referred to Jiangsu, Zhejiang and Anhui provinces and Shanghai, should jointly promote the region to become a national 5G construction and application demonstration area.

As early as 2016, authorities in Beijing, Tianjin and Hebei province signed a cooperation agreement on the coordinated development of informatization, mapping out plans on 5G network construction.

The coordinated layout of 5G development of major regions can benefit the construction of a connected regional network infrastructure, which will help them explore the services and derivative values of 5G application in a larger scope and to a greater extent, play leading roles for other regions in the country, Feng Xiaohui, a consultant at Chinese research firm CCID Consulting Co, said.

The report said China Mobile has carried out 5G scale tests and application demonstrations in 17 cities, China Unicom is achieving consistent coverage of a 5G trial network in seven cities, including Beijing, Shanghai, Guangzhou, Shenzhen, Nanjing and Hangzhou, as well as Xiongan. It plans to achieve 5G network coverage in 33 cities' selected areas, and China Telecom plans to accelerate 5G network deployment in some key cities, and build 20,000 base stations in 2019.

More than 2 million 5G base stations are expected to be invested and built nationwide by 2022, Zhang Yingqiang, a researcher with the China Center for International Economic Exchanges, said, according to the report.

In addition, the China Academy of Information and Communications Technology predicted the total investment on 5G networks will reach 90 billion yuan to 1.5 trillion yuan between 2020 and 2025, with telecom enterprises' operation revenue related to 5G reaching 1.9 trillion yuan, the report said.

However, Feng warned that as 5G technologies and standards are not yet fully mature at present, for local governments, how to avoid excessive risks in choosing a roadmap and making early investment while promoting 5G development has become a focus issue.