The longest partial lunar eclipse in nearly 600 years, dazzled night skies around the world on Friday, drawing flocks of astronomy lovers to witness the spectacular wonder. Feast your eyes on these stunning views. 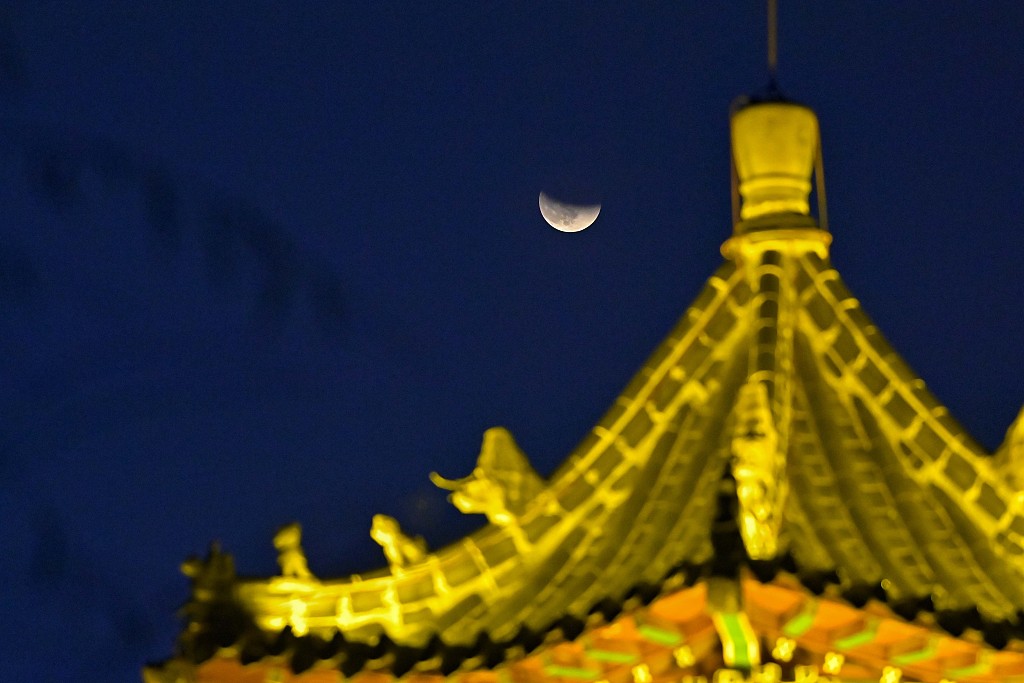 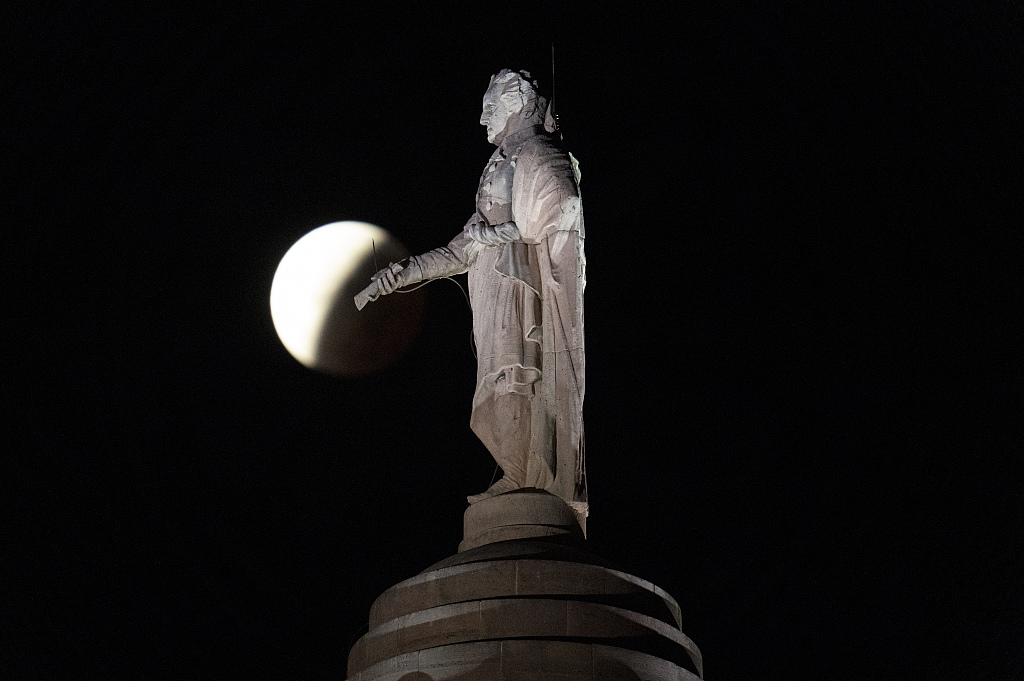 The earth's shadow covers the full moon during a partial lunar eclipse visible near a statue of George Washington atop Baltimore's Washington Monument in Baltimore, November 19, 2021. /CFP 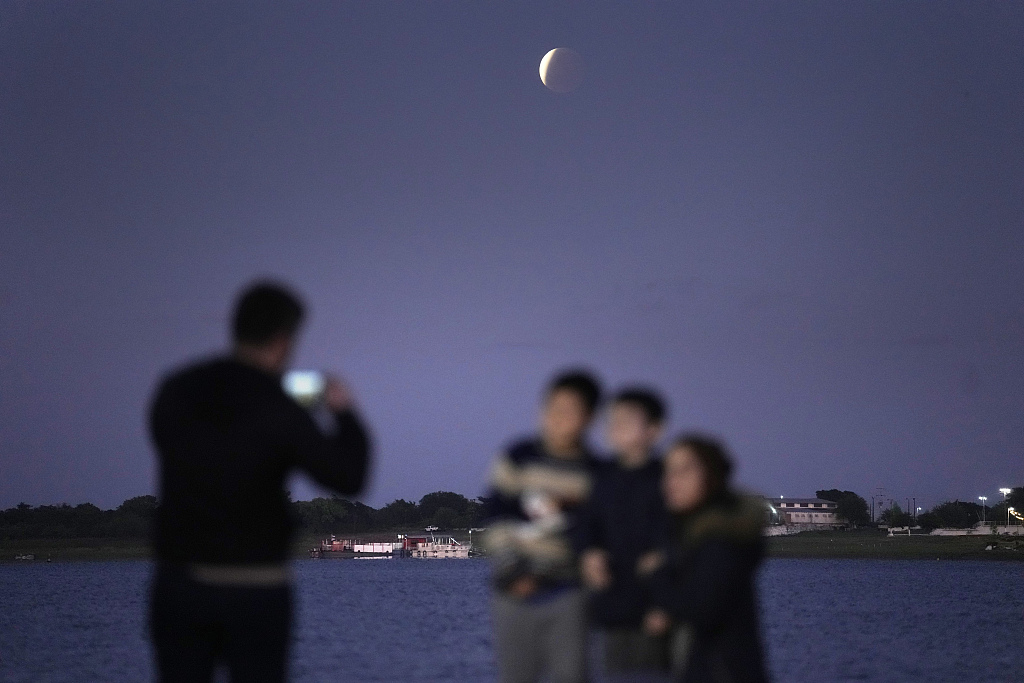 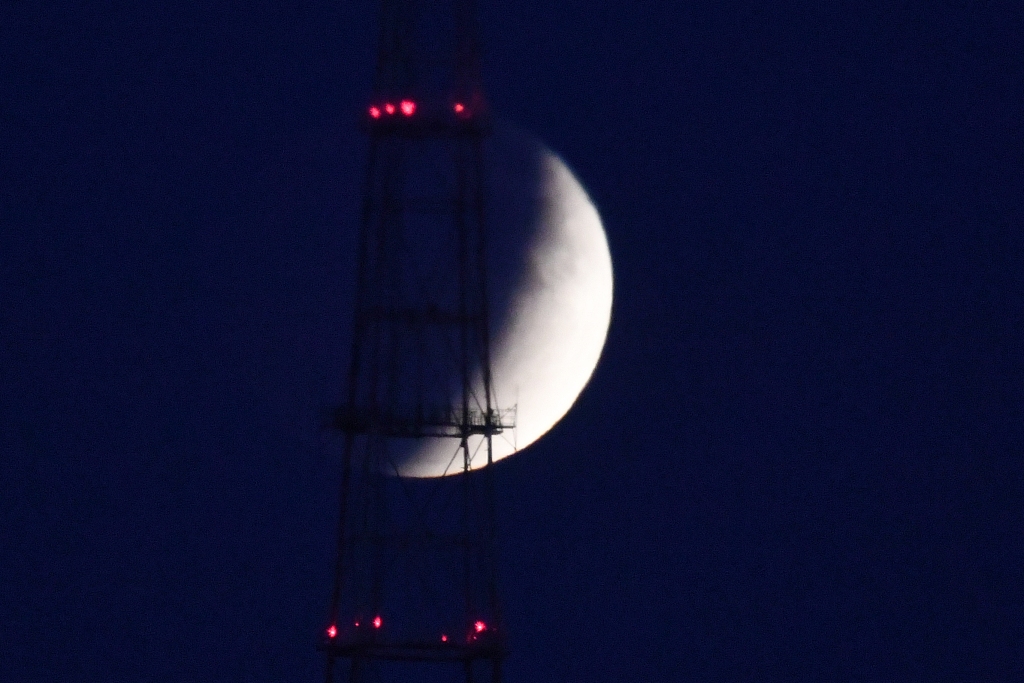 A shadow falls on the moon as it undergoes a partial lunar eclipse as seen from Vladivostok, Russia, November 19, 2021. /CFP