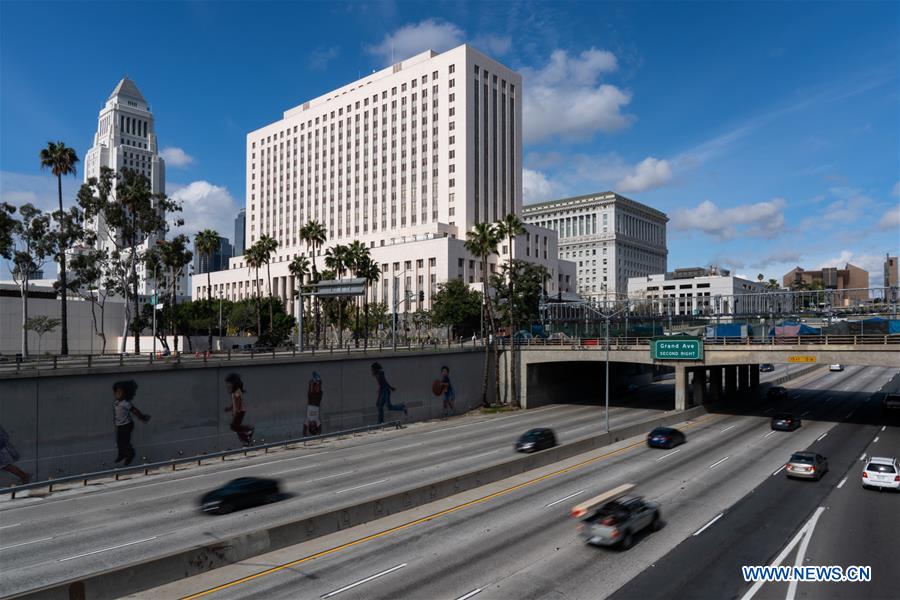 LOS ANGELES, April 10 (Xinhua) -- A pilot test coordinated by Los Angeles County Department of Public Health and University of Southern California (USC) was launched on Friday in a bid to find out how wide this fatal coronavirus has spread.

According to local CBS news channel, the test will be conducted on 1,000 randomly selected Los Angeles County adult residents at six different drive-up sites. The first round of tests will take place this Friday and Saturday, and testing will be repeated on the same participants every two weeks to track how the virus is moving through the population.

"The goal of the study will be to determine the likely number of people in L.A. County who have ever had COVID-19, which will help provide a more accurate picture of how widely the virus has spread in the population, the mortality rate associated with infection, and potential immunity across the population," the organizers said in a news release.

The information will be vital for the authorities looking for a balance between containing the epidemic and restarting economy to make right decisions.

Prof. Neeraj Sood, vice dean for research at USC Sol Price School of Public Policy, told Los Angeles Times that, if the mortality rate of COVID-19 is 10 times that of the flu, people should all be staying at home and keep physical distancing, but if the true mortality rate is only five times less than the flu, the government could abandon is stay-at-home order.

California Governor Gavin Newsom said at a news conference Thursday that antibody blood tests "are critical in terms of our capacity to make a determination about community spread and about immunity."

A growing number of governments and researchers are turning to similar antibody tests regarded as a new frontier in the campaign against COVID-19.

The Centers for Disease Control and Prevention last week began testing the blood of people living in coronavirus hot spots.