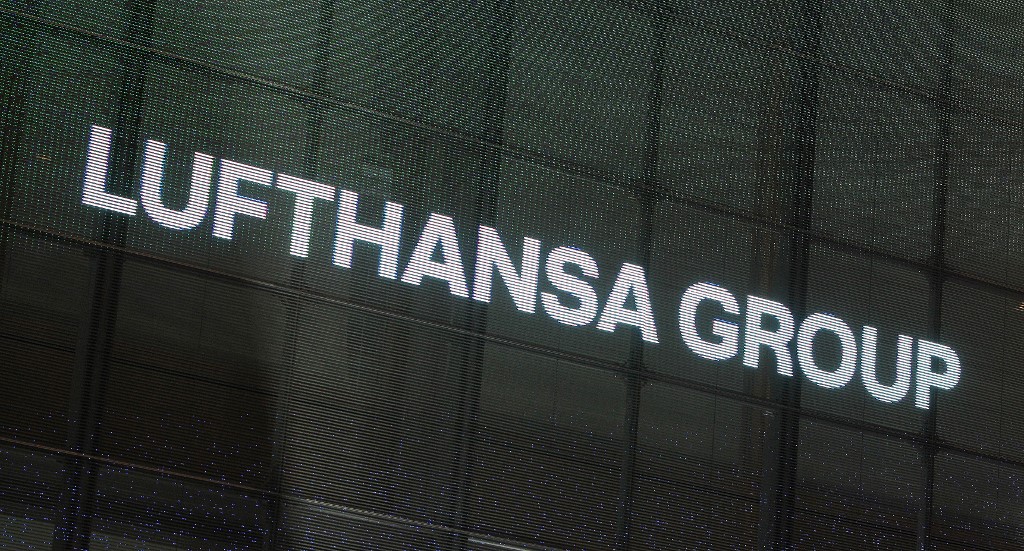 The logo of German airline Lufthansa is pictured during the company's annual financial statement at its headquarters in Frankfurt, Germany, on March 14, 2019. (Photo: AFP)

Instead of extending publicly available mobile networks, "a completely independent infrastructure had been installed" with its own antennas and servers that could only be accessed by Lufthansa Technik, according to the subsidiary of the German airline Lufthansa.

Data would not leave the Lufthansa base in Hamburg and would be processed directly on site in a small data center, which would enable higher security, according to the two project partners.

Employees of Lufthansa Technik could, for example, use augmented reality to virtually visualize the three-dimensional (3D) design of cabin interiors in empty aircraft fuselages, according to the companies.

"By means of live data transmission, the technicians on site always have the opportunity to check the current position of all planned components and, additionally, to coordinate any necessary changes with the developers through collaborative video functions," Lufthansa Technik explained.

This application would "already impressively demonstrate the valuable contribution 5G technology can make to the aviation industry," said Soeren Stark, member of Lufthansa Technik's Executive Board responsible for technical operations, logistics and information technology (IT).

Lufthansa Technik has around 25,000 employees worldwide and is one of the leading providers of aircraft maintenance, repair, overhaul and modification services for civil aircraft. The company has about 850 customers and around 5,000 aircraft under contract.