SYDNEY, Oct. 8 (Xinhua) -- The basaltic volcanic rocks, collected as part of China's Chang'e-5 probe from the Moon, were about 2 billion years old, marking the youngest volcanic rocks identified on the Moon so far, according to an international research published in the journal Science on Friday. 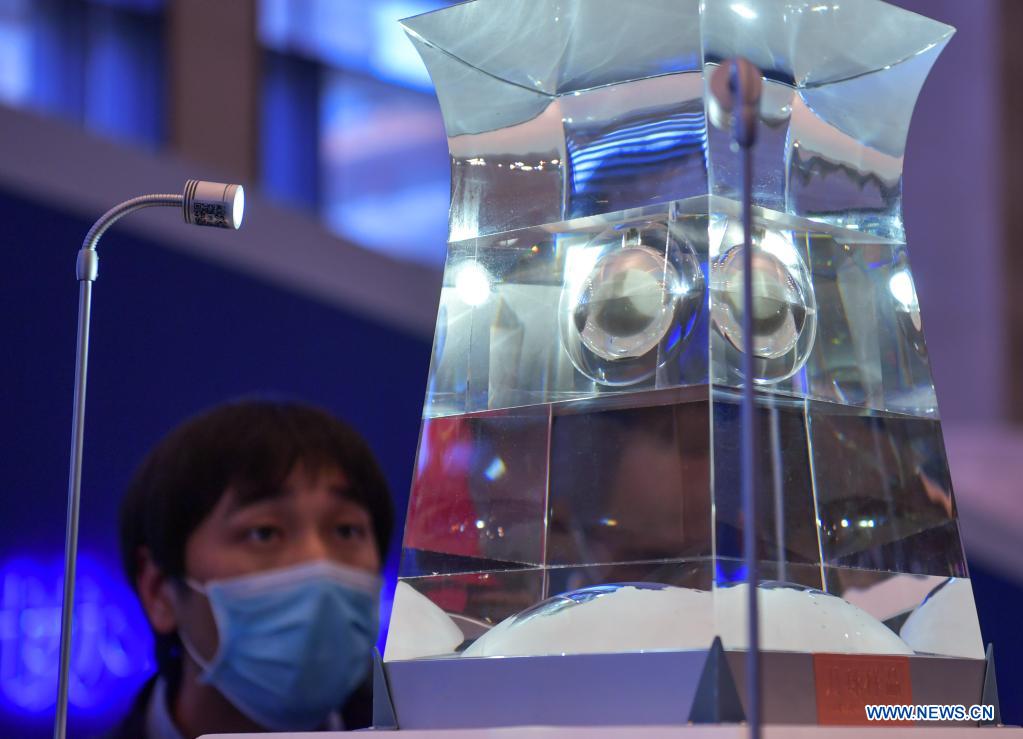 A visitor looks at lunar samples brought back by China's Chang'e-5 probe at the National Museum of China in Beijing, capital of China, April 18, 2021. (Xinhua/Yin Dongxun)

The rock samples were collected during the Chang'e-5 lunar mission in December 2020, which marked the first time any nation had collected rocks from the Moon since 1976.

Nemchin said after analyzing the chemistry of the rocks, they found the samples were 1 billion years younger than those rocks previously collected on the Moon.

"These results confirm what experts had long predicted based on remotely obtained images of the Moon and raise further questions as to why these young basalts exist," Benedix said.