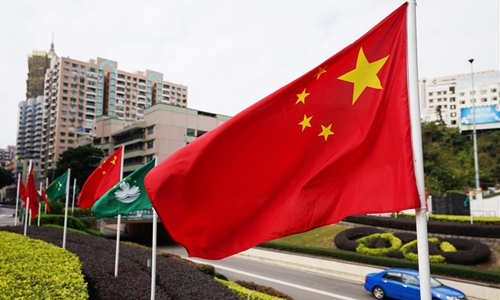 Macao's cybersecurity law took effect and related government departments started operations on Sunday, which experts said could help ensure the free and safe flow of information and safeguard national security in the city.

The Macao Judiciary Police  announced on its WeChat account on Sunday that the Cybersecurity Law took effect and the cybersecurity incident alert and response center begun operation.

The law is the legal basis for the city government to defend network, system and data information of critical infrastructure and individual internet users from security attack and data loss, and protect China's national security, according to the Police Judiciary's website. The personal computers of local residents are not covered in the supervisory scope, said the authority.

Mobile phone users are required to register with their real names, according to the law, and users' identification details are managed by respective service providers and protected by the related laws.

The alert and response center will monitor the critical infrastructure operators' cyber status in real-time, excluding their information content, and issue warnings when an attack is detected. The center will receive reports of cybersecurity incidents from operators and help investigate the incidents. It also provides administrative and technical support for operators, such as analyzing the cause of incidents and providing measures to prevent similar incidents from happening again.

The law and the center will help set up a mechanism for the local authorities to prevent security risks in advance and crack down on related violations, Huang Chengqing, deputy council director of the Beijing-based Internet Society of China, told the Global Times on Sunday.

Huang noted that the real-name registration requirement aimed to curb illegal acts via phones such as fraud and junk messaging, and protect users' legitimate rights and interests.

Huang stressed that the law and the center could actually help protect the cyber infrastructure and free and safe flow of information, prevent hackers from stealing users' data, and curb the abuse of users' privacy amid some foreign media's concern over the real-name system.

Li Xiaobing, an expert on Hong Kong, Macao and Taiwan from Nankai University in Tianjin, told the Global Times that based on the law, Macao could ban social media platforms which threaten cybersecurity.

Hong Kong lacks such a law so that it cannot regulate platforms like LIHKG where rioters organize and scheme sabotage.