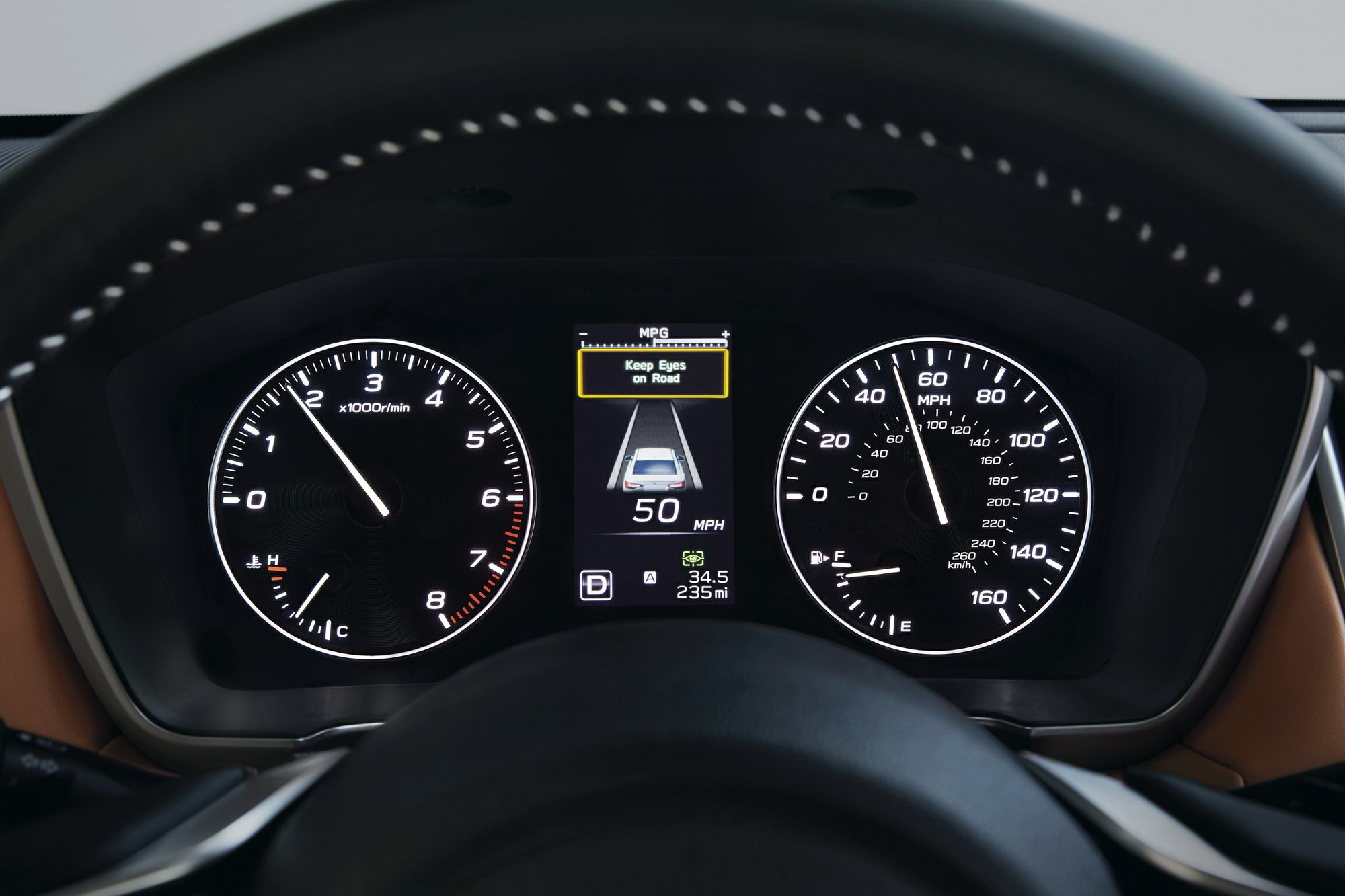 Would you pay more for a car or SUV that warns you if you’re falling asleep or not paying attention behind the wheel?

Auto companies are figuring that because your life could depend on it, you will.

As safety features such as automatic emergency braking and lane-centering make their way from luxury vehicles down to lower-cost rides for the masses, distracted driver alert systems are coming with them. At last month’s New York International Auto Show, Hyundai and Subaru both announced such systems in mainstream vehicles.

Every day, at least nine people are killed in the US and 100 are injured in distracted driving crashes, according to the National Safety Council. Drivers who are preoccupied by cellphones, dashboard touch screens and other distractions caused 3,157 fatal crashes in the US in 2016, the latest year that government statistics were available. That’s 9% of all fatal crashes in the country.

Distracted driver alert systems started showing up in luxury cars about a decade ago. Mercedes-Benz had a system that displayed a lighted coffee cup icon on the dashboard. Over the years they’ve become more sophisticated and made their way into mainstream vehicles, usually on pricier versions.

For instance, Subaru’s “DriverFocus Distraction Mitigation System” uses a dashboard camera to watch the driver’s eyes and face. If it sees the driver is looking away from the front of the vehicle for an extended period, it will beep and show the message “Keep eyes on road” on the dashboard. The system watches for heads nodding or someone talking on the phone or texting, or even looking into the back seat, said Subaru spokesman Ron Kiino.

On the newly redesigned 2020 Outback SUV, the system will be standard on the three priciest versions, the Touring, Touring XT and the Limited XT, and it will be an option on the Limited, the lowest cost version with leather seats. No prices for those models have been announced, and it won’t be available on cheaper versions.

The Subaru system made its debut as standard equipment on the luxury version of its Forester SUV for the 2019 model year. To get it, you have to buy the priciest version, the Touring, which starts at $35,270, more than $10,000 above the lowest-priced model.

Hyundai’s system is standard on the Venue, an entry-level SUV that will start under $19,000. It doesn’t watch the driver’s face. Instead, it uses the same front-facing camera as the standard automatic emergency braking and lane assist. If you swerve or veer, the Venue’s software will sound a bell and the dash display will politely show a coffee cup and the words “Take a Break.”

Hyundai’s market research found that people want the feature, said Mike Evanoff, senior manager of product planning. “It’s just another layer that’s a ‘got your back’ kind of thing,” he said.

The warning system is already on Hyundai’s Veloster sports car and will make its way to the entire lineup as vehicles are updated and outfitted with standard automatic emergency braking by September of 2022 in an industry agreement with the US government, Evanoff said.

Subaru, which has made safety a cornerstone of its marketing efforts, says its buyers are safety conscious and will be interested in the feature, even if it costs more. And if the system is too annoying, customers can turn it off, Kiino said.

Other systems on luxury vehicles are more sophisticated. The one on Cadillac’s Super Cruise semi-autonomous system makes sure the driver is paying attention and will even pull to the side of the road if they aren’t. Mercedes’ Attention Assist system tracks more than 70 variables including time of day, elapsed driving time and steering movement to determine if a driver is tired or not paying attention. When a certain threshold is reached, it issues audible and visible warnings.

Karl Brauer, executive publisher for Kelley Blue Book, said the devices are proliferating as vehicles make the transition from human drivers to full automation. Systems like Tesla’s Autopilot and Super Cruise, which control steering, braking and speed under certain conditions, are steps toward autonomous cars, but they can’t drive themselves because humans must be ready to take over, he said.

“If you’re going to have systems like that, you need these driver monitoring systems to make sure that humans aren’t abusing the technology,” Brauer said.

But not everyone will be interested in being monitored. Chris Cerino, 49, of Wadsworth, Ohio, near Cleveland, said he’s old enough to know that he has to pay attention while driving.

“That kind of stuff is not going to make a terrible difference for me now. I understand. I learned my lessons,” said Cerino, who is selling a 2009 Subaru Outback.

Cerino said there’s too much automation these days, but conceded he would probably want the feature if he still had young children. Then again, he might turn it off.

“There’s a time and place for a lot of things, but I don’t need to be told when to hit the brakes or when to swerve or everything else,” he said.