Majority of US tech workers agree on more cooperation with Chinese firms: survey 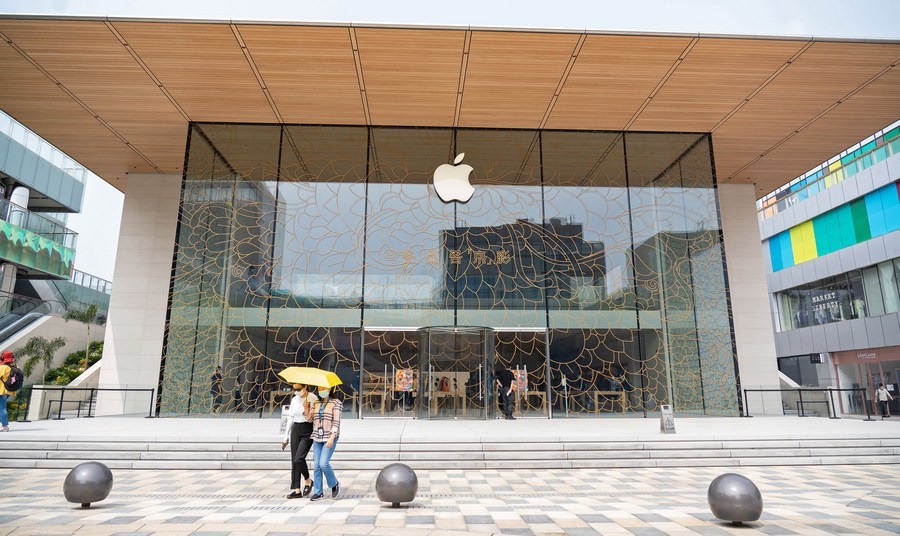 Photo taken on July 16, 2020 shows the exterior of the new Apple retail store in Sanlitun of Beijing, capital of China. (Photo: Xinhua)

The survey, conducted by U.S. media Protocol which focuses on technology, asked 1,504 employees across the United States about their opinions on key issues facing the technological industry.

Noting that the previous U.S. administration "adopted a hawkish stance toward China's tech industry" by placing some Chinese firms on the U.S. trade blacklist and signing executive orders to ban Chinese social media apps, the survey said that 56 percent of the respondents agree that "U.S. restrictions on Chinese technology companies have gone too far."

The respondents by and large said they think "the standoff should end," and 58 percent of them said they agree that "a Cold War with China could cripple U.S. tech companies."

Almost 40 percent of the respondents are from companies with annual revenue over 500 million U.S. dollars and most of them have more than 1,000 employees, according to the survey.