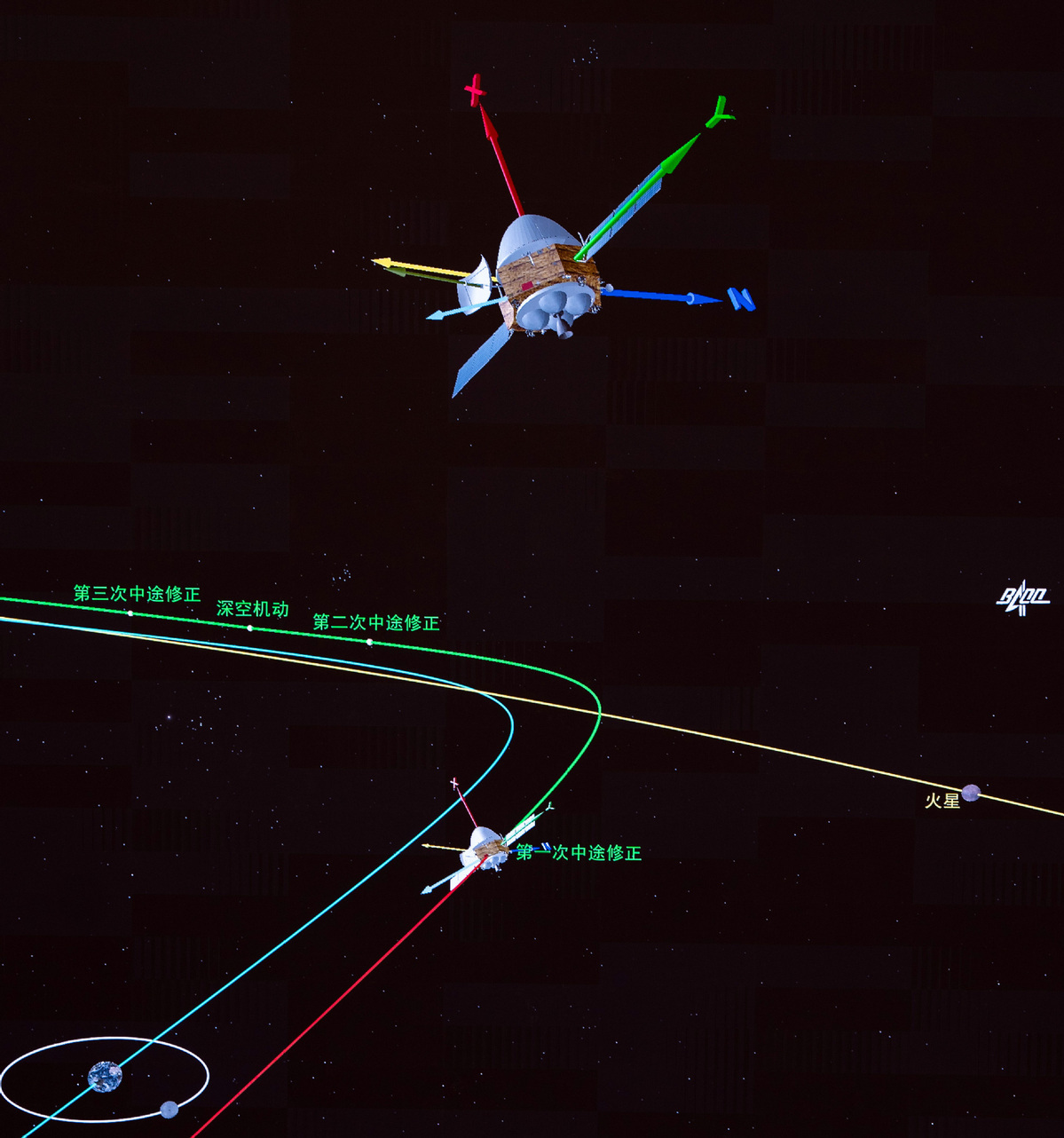 China's Tianwen 1 Mars probe carried out its first mid-course correction on Sunday morning, according to the China National Space Administration.

The spacecraft's main orbital-control engine was activated at 7 am for 20 seconds to fine-tune the spacecraft's trajectory, the administration said in a statement on Sunday.

The operation was guided by workers at the Beijing Aerospace Control Center and China Aerospace Science and Technology Corp.

When the correction was made, Tianwen 1 had been in space for more than 9 days and 18 hours on course for the Red Planet and has already traveled about 3 million kilometers, the statement said, adding that the probe was in good condition.

During the seven-month journey, the spacecraft will make two more course corrections and a deep-space maneuver as it makes its way to the planet.

Zhu Qinghua, a senior Shanghai Academy of Spaceflight Technology designer in the Tianwen 1 program, said correction maneuvers are necessary during the probe's unpropelled journey because minor deviations will accumulate to a level that would put the spacecraft off course.

That's why the probe has a main orbital-control engine and dozens of low-thrust motors for correction maneuvers, he said.