Meituan maps out high-tech way ahead

Meituan, China's leading online food delivery-to-ride hailing firm, is joining a group of tech giants including Alibaba Group in developing a high-precision map, a trump card for them to drive unmanned services, and also a supplement to their core businesses. 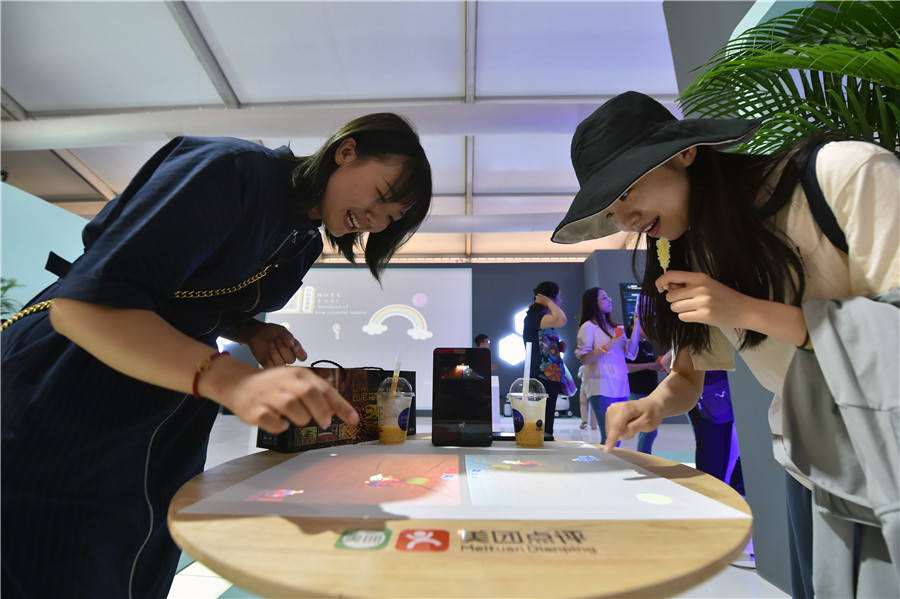 Two visitors play games on a table with a logo of Meituan during an expo in Beijing. (Photo: China Daily)

A former Meituan employee who asked to remain anonymous told China Daily that it has been more than one year since the firm has started to develop map services.

"The map service is taken by the company as a tool in ramping up efforts in self-driving deliveries. It will also be a great supplement to Meituan's other businesses including food delivery, ride-hailing and shared bikes," he said, adding that the team still remains small with only several dozens of people.

Meituan, as the fourth-largest domestic internet firm in terms of capitalization, has already started trial operations of autonomous delivery in shopping malls, office buildings and university campuses since last year. It said it will start large-scale operations of its driverless delivery vehicles this year.

Meituan confirmed that is has been working on the map service. "We set up the location-based services, or LBS, team in October last year following the corporate restructuring. The unit includes map services, ride-hailing and traffic data management," it told China Daily.

Another source said that the unit hired Zhang Shaowen, then vice-president of second-hand car platform Renrenche, who was also a former intelligent navigation general manager and chief web architect at Baidu Map, to be a tech leader of the LBS team.

Industry insiders pointed out Meituan's move is part of a broader trend where tech firms including Huawei, Alibaba, Tencent Holdings Ltd and Baidu Inc are racing ahead in developing high-precision maps to improve or supplement their business.

Baidu Map, along with Alibaba's online mapper AutoNavi, also known as Amap, and Tencent Map have been gearing up such efforts and account for the majority of the map service market in China.

Huawei also plans to unveil its own mapping service, known as Map Kit, by October, which will be connected to local mapping services covering 150 countries and regions.

"High-precision maps are a key indispensable factor to achieve self-driving. Embedded with sensors and algorithms, it provides unmanned cars with critical support including locating accurately and changing the route according to the latest road condition," Song Baicheng, a senior analyst from vehicle consultancy Gasgoo Research Institute, said in a report.

The report added that such maps are not merely guiding only but can be embedded with various functionalities including smart city services, tourism and ride-hailing in the future.