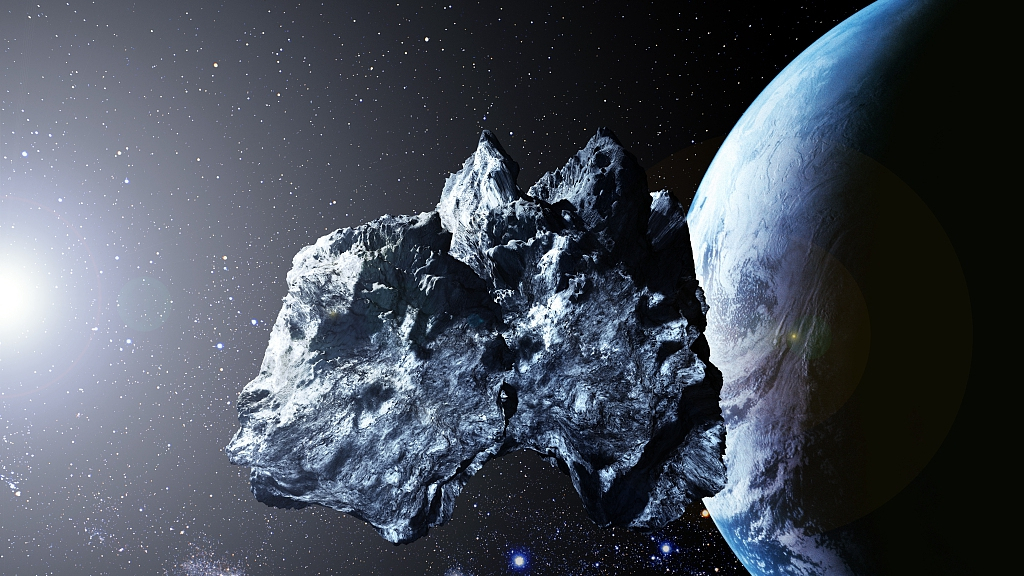 WASHINGTON, Jan. 12 (Xinhua) -- An international team of scientists analyzed a meteorite found in China and gained new insight into Earth's lower mantle and how the planet evolved in the ancient time.The study published in the latest edition of journal Science Advances showed that the metallic iron nanoparticles coexisted with the meteorite sample.It represented the first direct evidence in nature of a chemical reaction called "disproportionation reaction" that help form metallic iron. This reaction had so far only been observed in high-pressure experiments.The meteorite called Suizhou, fell in 1986 in central China's Hubei Province, is a shocked meteorite that has experienced high-pressure and high-temperature conditions through an impact event. Scientists collected the samples immediately after the fall, thus dispensing with any chemical weathering and alteration of the iron.The Suizhou meteorite contains a specific silicate, considered the dominant material in the Earth's lower mantle and makes up about 38 volume percent of the Earth."It provided our team with samples of natural high-pressure minerals like those believed to make up the Earth's deep mantle," said the papers co-author Sang-Heon Dan Shim with Arizona State University.In the reaction, some Fe(II) ions in the sample converted to Fe(III) and Fe(0), the latter of which forms metallic iron, according to the study.

The implications of this study go beyond the discovery, and it may ultimately help us understand how Earth itself was oxidized.

The Earth's upper mantle is more oxidizing than other planets, which was considered linked to the sudden rise of oxygen in the atmosphere 2.5 billion years ago.

The researchers suggested that when materials of the lower mantle are transported to the upper mantle, there would be a loss of metallic iron and the oxidized iron would cause more oxidizing conditions in the upper mantle.