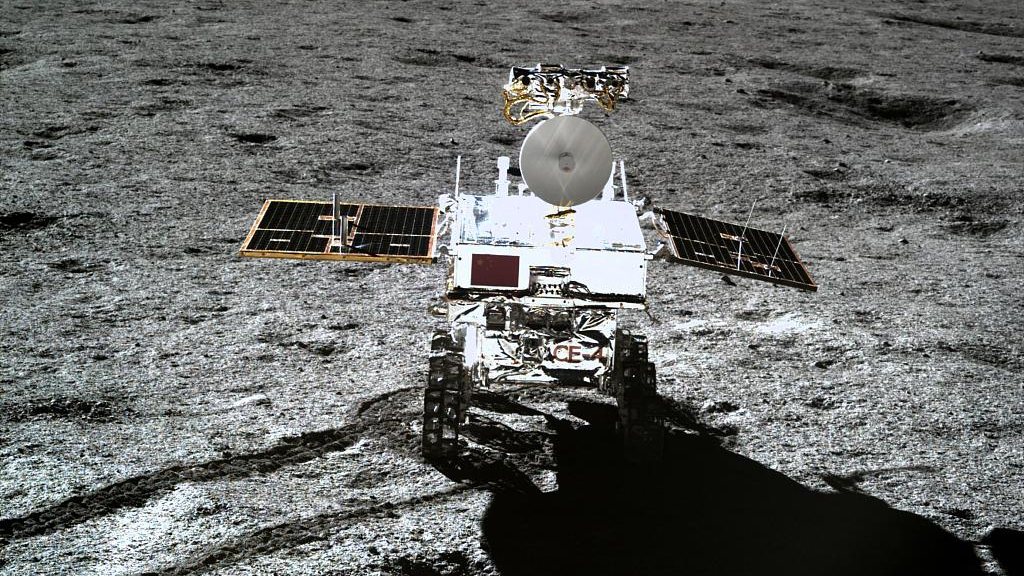 The Mid-Autumn Festival is celebrated on the 15th day of the eighth month on the Chinese lunar calendar when the moon is at its fullest and brightest. It is an important time for family reunions for the Chinese.

"Hello Yutu-2, we know from the telemetry data that you have been in a good shape recently. You have been making new achievements on the far side of the moon and have achieved many detection results," said Han Shaojin, the director for manipulation of Yutu-2 at Beijing Aerospace Control Center.

"We are really happy for you. In the future, we hope that you can continue the good job, and we will work together to create new brilliance for mankind from the far side of the moon." 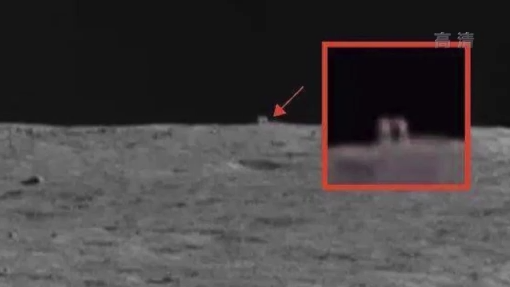 The rover, a six-wheeled off-road robot equipped with four steering motors on the corner of each wheel with a meshed surface, can climb up 20-degree slopes and surmount obstacles up to 200 millimeters high.

With a designated service life of only three months, Yutu-2 has worked on the moon for an above-norm three years and depicted the unique and untrodden landscape on the moon's far side, revealing its notable differences with the near side with in situ evidence. 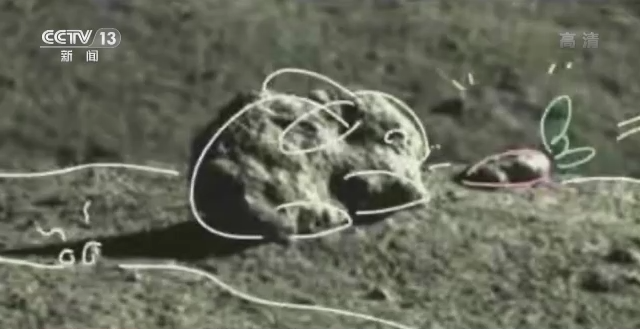 The rabbit-shaped rock that was captured by Yutu-2. /China Media Group (CMG)

Since it was first brought to the moon by the Chang'e-4 probe and landed on the Von Karman crater on January 3, 2019, Yutu has traveled 1.3 kilometers on the far side of the moon where it has taken many valuable pictures of the lunar landscape, including one mysterious square object that caused a great debate among people on Earth over what it was.

Finally, when Yutu approached the object, it turned out that it was only a rock shaped like a rabbit. 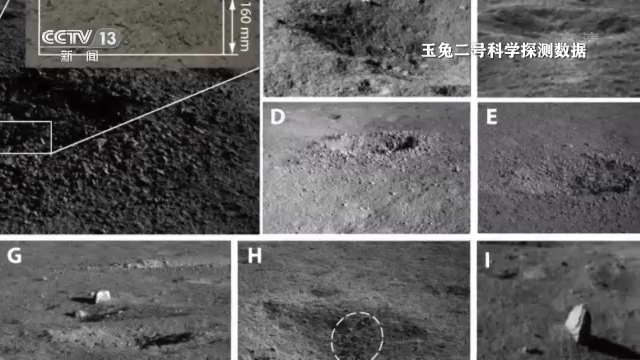 The rover also carried multiple detection equipment, including a panoramic camera, lunar penetrating radar, an infrared imaging spectrometer and a neutral atom detector co-developed with Sweden to study the topography, mineral composition and shallow surface structure of the moon.

So far, Yutu-2 has obtained valuable data on solar wind and cloddy soil research, gel-like rocks, and fresh small craters inside the Von Karman crater in the South Pole-Aitken Basin.

In addition, the locomotive data and images collected by Yutu-2 detailed geological knowledge at the landing site that can help deepen people's understanding of the formation and evolution of the moon.