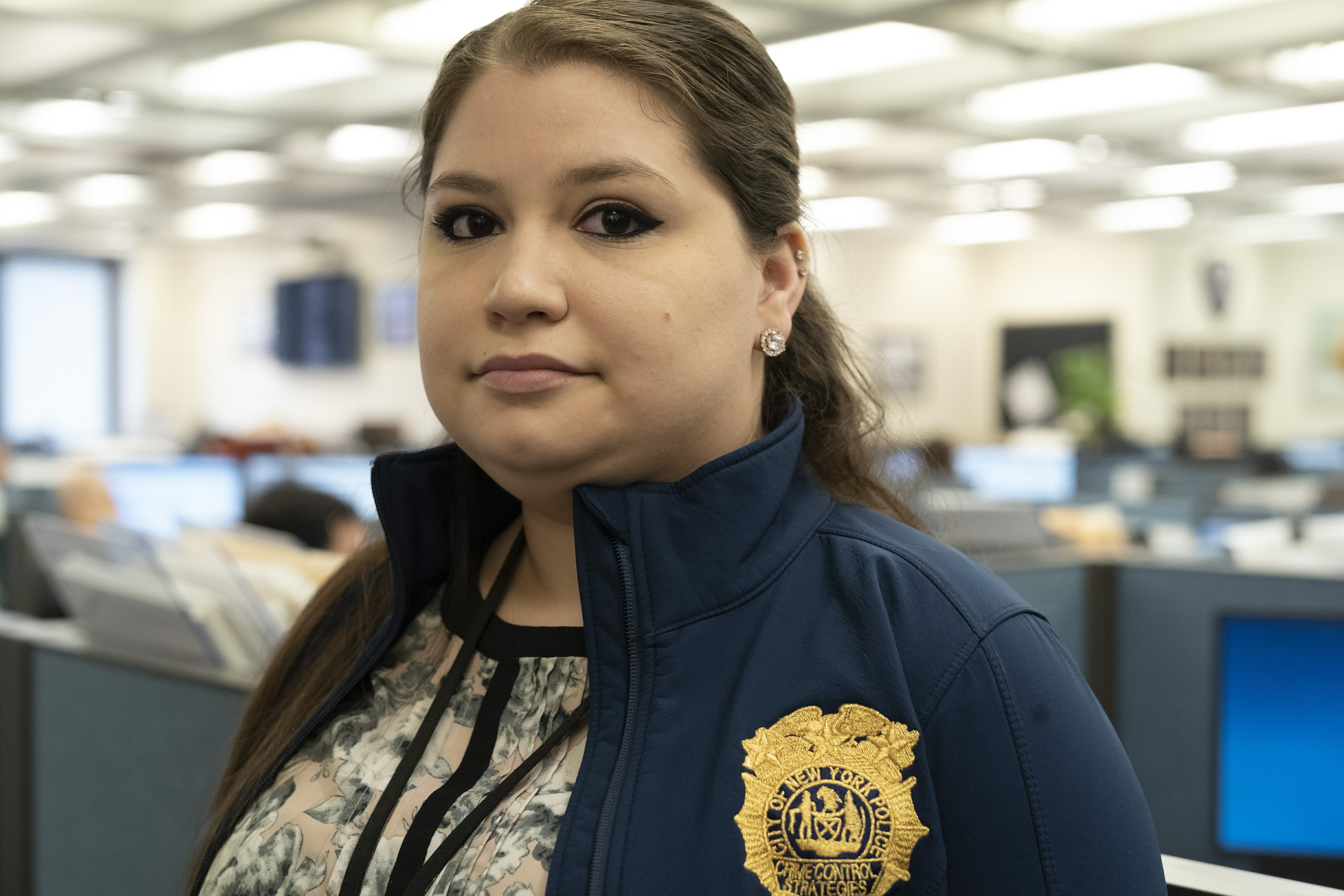 In this Feb. 11, 2019 photo, Rebecca Shutt, who works in the New York Police Department's Office of Crime Control Strategies, poses for a photo in New York. Shutt utilizes a software called Patternizr, which allows crime analysts to compare robbery, larceny and theft incidents to the millions of crimes logged in the NYPD's database, aiding their hunt for crime patterns. It's much faster than the old method, which involved analysts sifting through reports and racking their brains for similar incidents. (Photo: AP)

When a syringe-wielding drill thief tried sticking up a Home Depot near Yankee Stadium, police figured out quickly that it wasn’t a one-off. A man had also used a syringe a few weeks earlier while stealing a drill at another Home Depot 7 miles (11 kilometers) south in Manhattan.

The match, though, wasn’t made by an officer looking through files. It was done by pattern-recognition computer software developed by the New York Police Department.

The software, dubbed Patternizr, allows crime analysts stationed in each of the department’s 77 precincts to compare robberies, larcenies and thefts to hundreds of thousands of crimes logged in the NYPD’s database, transforming their hunt for crime patterns with the click of a button.

It’s much faster than the old method, which involved analysts sifting through reports, racking their brains for key details about various crimes and deciding whether they fit into a pattern. It’s more comprehensive, too, with analysts able to spot patterns across the city instead of just in their precinct.

“Because Patternizr picked up those key details in the algorithm, it brought back complaints from other precincts that I wouldn’t have known,” said Bronx crime analyst Rebecca Shutt, who worked on the Home Depot case. “That was incredibly helpful. That could have been a pattern that wasn’t made.”

The software also found two other thefts committed with a syringe by the same suspect, who was eventually arrested and pleaded guilty to larceny and assault.

Evan Levine, the NYPD’s assistant commissioner of data analytics, and Alex Chohlas-Wood, the department’s former director of analytics, spent two years developing the software before rolling it out in December 2016.

The department disclosed its use of the technology only this month, with Levine and Chohlas-Wood detailing their work in the INFORMS Journal on Applied Analytics in an article alerting other departments how they could create similar software. Speaking about it with the news media for the first time, they told The Associated Press recently that theirs is the first police department in the country to use a pattern-recognition tool like this.

“The goal of Patternizr is, of course, to improve public safety,” said Levine, an astrophysicist by academic training. “The more easily that we can identify patterns in those crimes, the more quickly we can identify and apprehend perpetrators.”

Levine and Chohlas-Wood were inspired by the work of a New York University team that studied a similar approach to pattern recognition but never produced a workable version.

The two trained the program on 10 years of patterns that the department had manually identified. In testing, it accurately re-created old crime patterns one-third of the time and returned parts of patterns 80 percent of the time. The NYPD says the cost was minimal because the two developers were already on staff.

Like human crime analysts, the software compares factors such as method of entry, type of goods taken and the distance between crimes. Levin and Chohlas-Wood sought out the uniformed officers who had decades of experience identifying patterns using traditional methods.

“The real advantage of the tool is that we minimize the amount of leg work and busy work that analysts or detectives have to do and really allow them to leverage their expertise and their experience in going through a much smaller list of results,” said Chohlas-Wood, now the deputy director of the Stanford Computational Policy Lab at Stanford University.

In the past, analysts worked only with crimes in their precinct, making it difficult or even impossible for them to spot patterns in other parts of the city.

“Truthfully, it was inefficient,” Levine said. “It wasn’t a modern way to do these things.”

Even with crime rates falling sharply, there were still more than 68,000 robberies, burglaries and larcenies in New York City last year. Traditional techniques are still being used to identify other crime patterns, such as rapes and homicides.

To reduce possible racial biases, the Patternizr software doesn’t examine the race of crime suspects when it is looking for crime patterns.

The New York Civil Liberties Union said it had not reviewed Patternizr but urged caution as technology is increasingly incorporated into law enforcement.

“To ensure fairness the NYPD should be transparent about the technologies it deploys and allows independent researchers to audit these systems before they are tested on New Yorkers,” NYCLU legal director Christopher Dunn said in email.