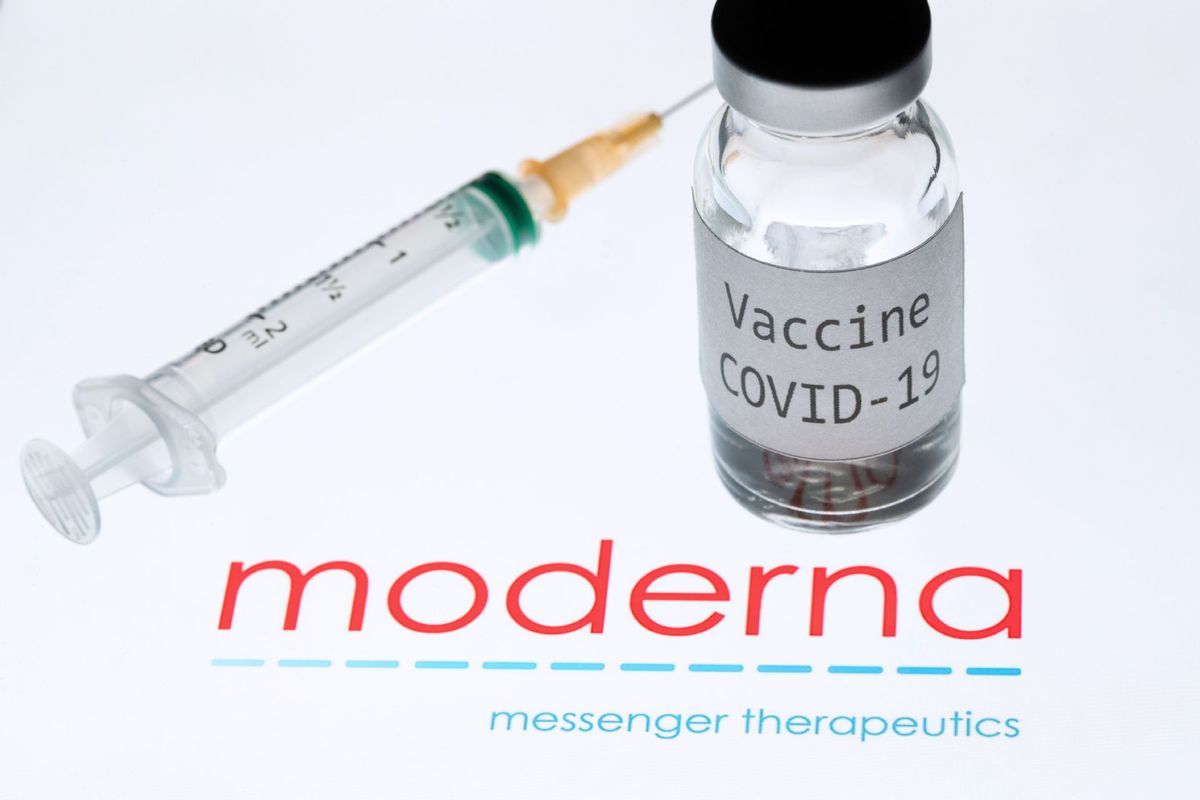 A syringe and a bottle reading "Vaccine Covid-19" next to the Moderna biotech company logo taken on Nov 18, 2020. [Photo/Agencies]

A second COVID-19 vaccine may be available in the US as soon as next week as the Food and Drug Administration said Tuesday that Moderna's vaccine is "highly effective" and will go through the approval process starting Thursday.

Moderna's vaccine will go through the same approval process as Pfizer's. The findings from Moderna and the FDA will be presented to an independent panel Thursday.

The second major US coronavirus vaccine could be shipped by this weekend if the panel and then the FDA approve its use. The federal government is paying Moderna much as $1.53 billion for 100 million doses.

The US government also is paying for the Pfizer COVID-19 vaccine now being given to millions of Americans. But states must absorb other costs that will run into the millions of dollars, and many of them are basically broke.

Based just on the use of Pfizer's vaccine, Ohio estimates that vaccine-related costs could run more than $100 million. Virginia officials put vaccine-distribution costs at $120 million. New York says its vaccination effort could cost as much as $1 billion.

The pandemic has crushed state tax revenues, so states are looking to Congress to provide additional funding — at least $8.4 billion — to cover a large part of the rollout costs for giving the vaccine.

"These funds are urgently needed to expand and strengthen federal, state, local, territorial, and tribal capacity for a timely, comprehensive, and equitable vaccine distribution campaign," the groups wrote in October.

Negotiations in Congress over vaccine distribution funding have been tied to stalled talks over providing economic relief to millions of Americans who have suffered as a result of the COVID-19 crisis.

Along with the costs of the vaccine, the federal government is paying for syringes, needles, face masks and shields, and dry ice.

But the states must pay for hiring medical workers, setting up vaccination clinics, ensuring warehouse storage and refrigeration for the vaccines, which must maintain a certain temperature, establishing security, providing community outreach and education and public campaigns to encourage people to get the shots.

Some states also are concerned about having enough gloves and gowns to protect healthcare workers as well as people getting vaccinated.

State tax revenues are significantly below pre-pandemic levels and covering vaccine distribution costs will come at the expense of other areas.

"We don't want to cut education and healthcare, but that's what it would mean for us," said Robert Mujica, New York state's budget director.

He said the federal government should cover most, if not all, distribution costs given the magnitude of the pandemic.

"This is no different than any other national emergency, so the federal government should put up the resources to do it," Mujica said.

But officials in several states say they will spend whatever is needed to get residents vaccinated.

"I think it should be part of the federal government's responsibility, but make no mistake, we're going to do it," said Aubrey Layne, Virginia's finance secretary. "We have to put the welfare and health of our citizens first."

"We need Congress to finish the bipartisan work underway now or millions of Americans may wait months longer — months longer — than they otherwise would have to get their vaccinations," Biden said.

The latest plan by Congress, part of a $908 billion rescue bill put forward by a bipartisan group of lawmakers, would allocate $6 billion for distribution.

Dr Rachel Levine, Pennsylvania's health secretary and president of the Association of State and Territorial Health Officers, told a Senate hearing on Dec 10 that states need $8.4 billion for the vaccination program.

"This will not be a short-term operation," she said, adding that states also would face a challenge "in almost competing with each other for resources", as they did in the search for protective equipment in the spring. "It would be helpful if the federal government coordinated that and we didn't have to bid against our sister states," she said.