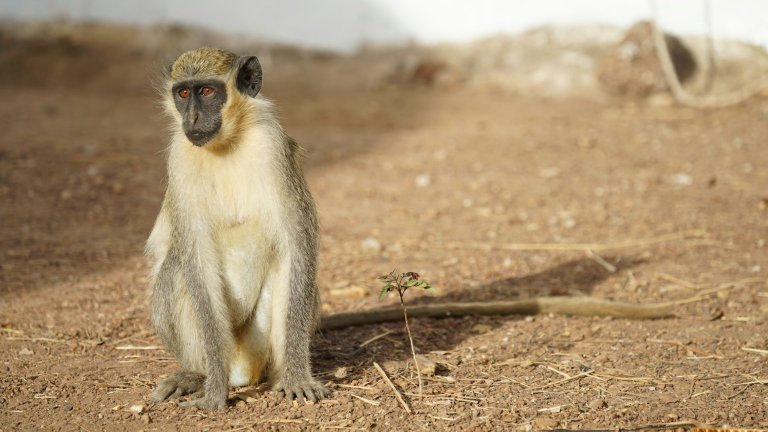 Green and vervet monkeys live on either side of Africa, and their evolutionary paths diverged 3.5 million years ago, and yet the two species share a hard-wired vocabulary when faced with danger, clever experiments have shown.

The new research, published Monday, sheds light not only on how primates – including humans – respond to threats but also on the building blocks of language itself.

Vervet monkeys in the savannah of East Africa utter three distinct cries depending on whether they spot a leopard, a snake or an eagle, their three main predators. 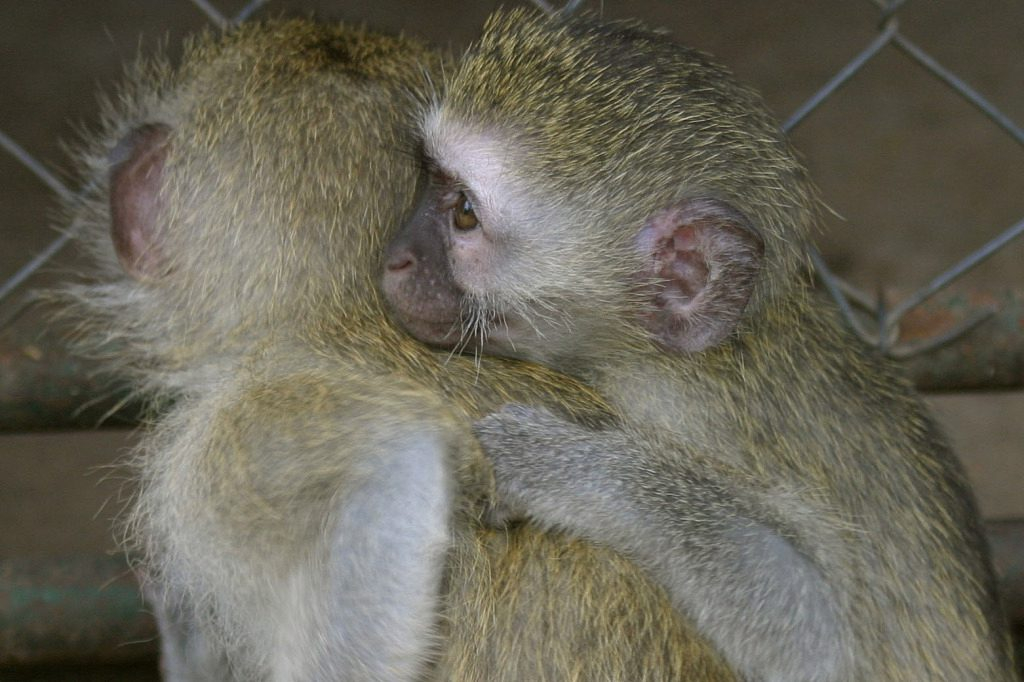 Fellow monkeys who hear the cries but cannot see the peril react accordingly: the leopard call sends them scurrying up a tree, a snake call prompts them to stand motionless on two legs, and the eagle cry makes them scan the sky while seeking shelter.

The discovery thirty years ago of these unique warning cries sparked debate as to whether they were like primitive words, noted Julia Fisher, head of the cognitive ethology laboratory at the German Primate Center in Gottingen, Germany and senior author of a study in Nature Ecology & Evolution.

It also raised the question of where they came from. Did young vervets learn them through imitation, were the cries genetically imprinted?

To deepen their understanding, Fisher and colleagues set up an experiment with a community of green monkeys in Senegal which they have been observing for more than a decade.

Like their distant cousins across the continent, green monkeys also emit specific danger calls for big cats and snakes, and react accordingly.

But because the raptors in their neighborhood pose no threat, anything like the vervet "eagle call" is simply not in their repertoire.

Even when the scientists tried to scare the green monkey with dummy birds, it didn't work.

"Any attempt to get them to vocalize in response to model eagles failed utterly," said Fisher.

But then she had an idea. 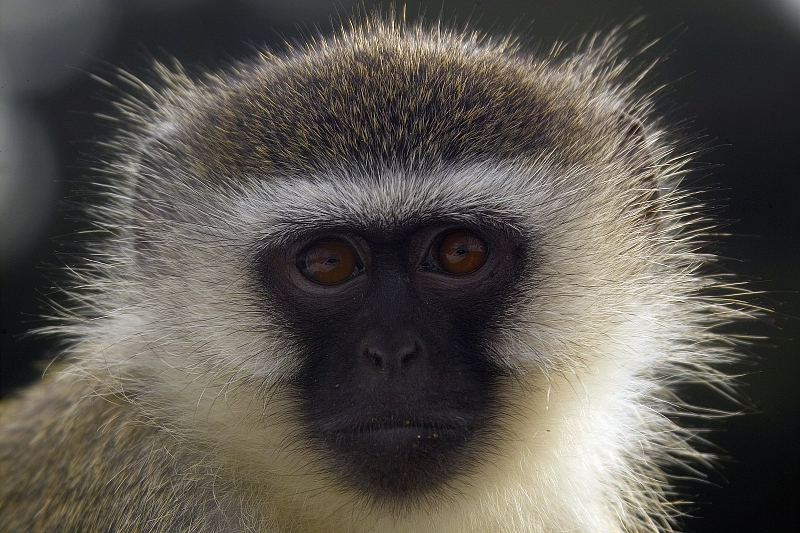 A single exposure to a new threat was enough for the monkeys to know what the sound means, showing a remarkable ability to adapt, said researchers. (Photo: VCG)

"We decided to bring in a drone and fly it over the green monkeys, to expose them to something potentially dangerous in the air that they had never seen before," she explained.

The drone flew at an altitude of about 60 meters over the unsuspecting animals.

Once the monkeys spotted it, the response was immediate: they gave alarm calls and scurried for cover.

Not only was the cry different from the response to leopards or snakes, but it was also "strikingly similar" to the eagle alarms of East African vervets.

In the vocabulary of evolutionary biologists, in other words, the danger cry was "highly conserved."

The fact that the green monkeys reacted to a drone and not other large birds native to the area suggests a subtle but important distinction, Kurt Hammerschmidt, also from the German Primate Center, told AFP.

"The alarm call is not linked to eagles per se," he said by phone. "It seems to correspond to a broader category: 'things that fly'."

To see what the monkeys might have learned from the drone fly-over, the scientists followed up a few days later with a second experiment.

They hid a loudspeaker near a lone monkey that was looking for food and played back the sound of the drone.

"Upon hearing the sound, the animal looked up and scanned the sky," Fischer said.

Subsequent tests showed that a single exposure to a new threat was enough for the monkeys to know what the sound means, showing a remarkable ability to adapt.

The researchers speculate that the hard-wired monkey calls – and the meaning attached to them – are similar to noises that infant humans make.

"When a child is born, it has the same innate repertoire of pre-verbal sounds such as moaning, laughing and crying," said Hammerschmidt.

But underneath all the layers of culture and learning, certain core responses that fall within the domain of evolutionary psychology remained.