TECH Moon richer with water than once thought

Moon richer with water than once thought

There may be far more water on the moon than previously thought, according to two studies published Monday raising the tantalizing prospect that astronauts on future space missions could find refreshment - and maybe even fuel - on the lunar surface. 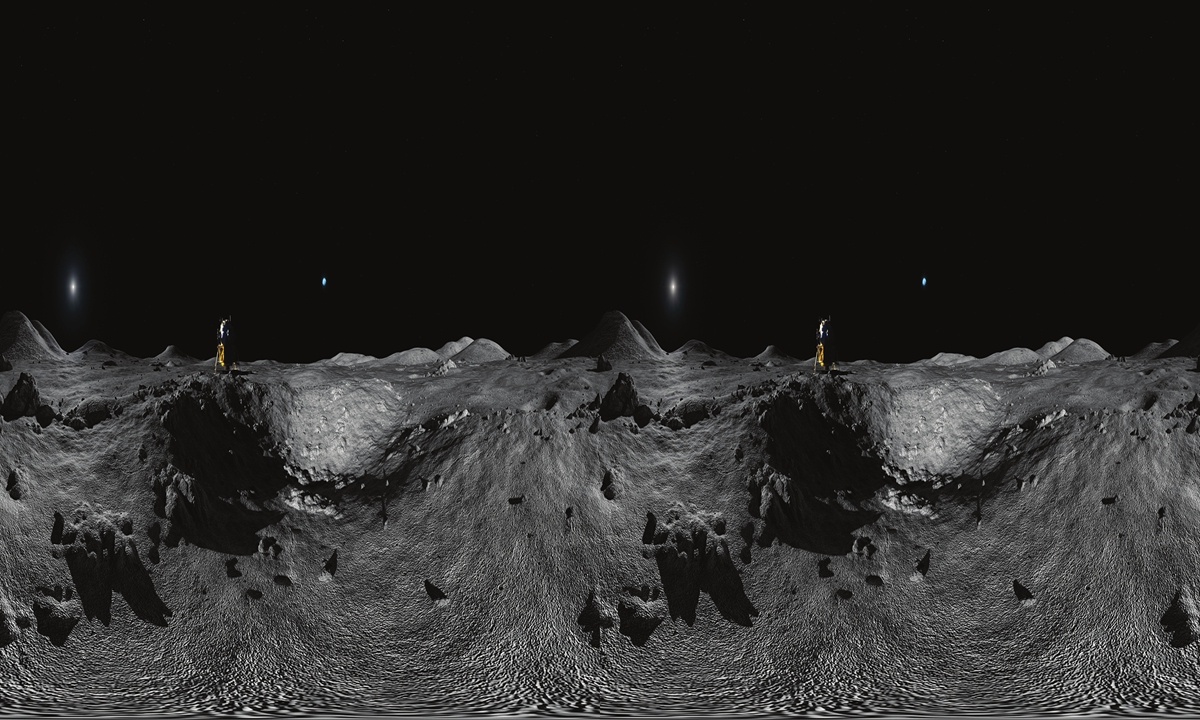 A VR view of the surface of the moon at sunset or sunrise is shown, which is used in a VR headset or for projection onto the interior of a dome. (Illustration: AFP)

The moon was believed to be bone dry until around a decade ago, when a series of findings suggested that our nearest celestial neighbor had traces of water ice in permanently shadowed craters at the moon's polar regions.

Two new studies published in Nature Astronomy on Monday suggest water could be even more widespread, including the first confirmation that it is present even in easier-to-access sunlit areas.

If this water could be extracted, it could give astronauts traveling to the moon and beyond access to drinking water. They might even be able to split the molecules to make rocket fuel.

That is of particular interest to NASA, which is planning a human mission to the moon in 2024 and wants to build a sustainable presence there by the end of the decade to prepare for onward travel to Mars.

The new study was able to "unambiguously" distinguish the spectral fingerprint of molecular water in a sunlit area, said lead author Casey Honniball, of the Hawaii Institute of Geophysics and Planetology.

"If we find the water is abundant enough in certain locations we may be able to use it as a resource for human exploration," Honniball, who is also a postdoctoral fellow at NASA's Goddard Space Flight Center, told AFP.

Previous research has found indications of water on the sunlit surface - but these were unable to distinguish between water (H2O) and hydroxyl, a molecule that is made up of a hydrogen atom and an oxygen atom, and is a common drain cleaner on Earth.

Using data from the Stratospheric Observatory for Infrared Astronomy (SOFIA) Airborne Telescope, researchers used a more precise wavelength than had been used before - 6 microns instead of 3.

They found a water concentration of about 100 to 400 parts per million at Clavius crater, one of the largest to be visible from Earth.

"That's roughly equivalent to a 12 ounce [350 milliliter] bottle of water within a cubic meter of volume of lunar soil," Honniball said in a NASA press conference.

These are not "puddles of water," she stressed, but scattered molecules that do not form ice or liquid water.

Researchers believe they originate from solar winds or micro-meteorites and think they might either be trapped in beads of glass or within the grains of the lunar surface to protect them from the harsh atmosphere.

In the second study, researchers looked at the moon's polar regions, where water ice has been detected in lunar craters that never see sunlight.

NASA in 2009 found water crystals in a deep crater near the moon's southern pole.

But the new study found evidence of billions of micro-craters that could each cradle a miniscule amount of ice.

"If you were standing on the moon near one of the poles, you would see a whole 'galaxy' of little shadows speckled across the surface," said lead author Paul Hayne of the Department of Astrophysics at the University of Colorado.

"Each of these tiny shadows - most of them smaller than a coin - would be extremely cold, and most of them cold enough to harbor ice."

This "suggests that water could be much more widespread on the moon than previously thought," Hayne said.

The authors say this could mean that approximately 40,000 square kilometers of the lunar surface has the capacity to trap water.

They were able to reconstruct the size and distribution of these little craters using high-resolution images and lunar temperature measurements taken from NASA's Lunar Reconnaissance Orbiter.

The micro-craters should be as cold - around -160 C - as the larger, kilometer-scale lunar hollows, Hayne said, adding that there are "tens of billions" of them.

Samples from these cold traps could tell us more about how the moon - and even Earth - got its water, Hayne said, perhaps providing evidence of water delivered by asteroids, comets and the solar wind.

Jacob Bleacher, chief exploration scientist for NASA's Human Exploration and Operations Mission Directorate, said it was crucial to find out more about where the water came from and how accessible it is.

"Water is extremely critical for deep space exploration. It's a resource of direct value for our astronauts," he told reporters, adding it was heavy and therefore expensive to take from Earth.

"Anytime we don't need to pack water for our trip, we have an opportunity to take other useful items with us, for instance payloads to do more science."