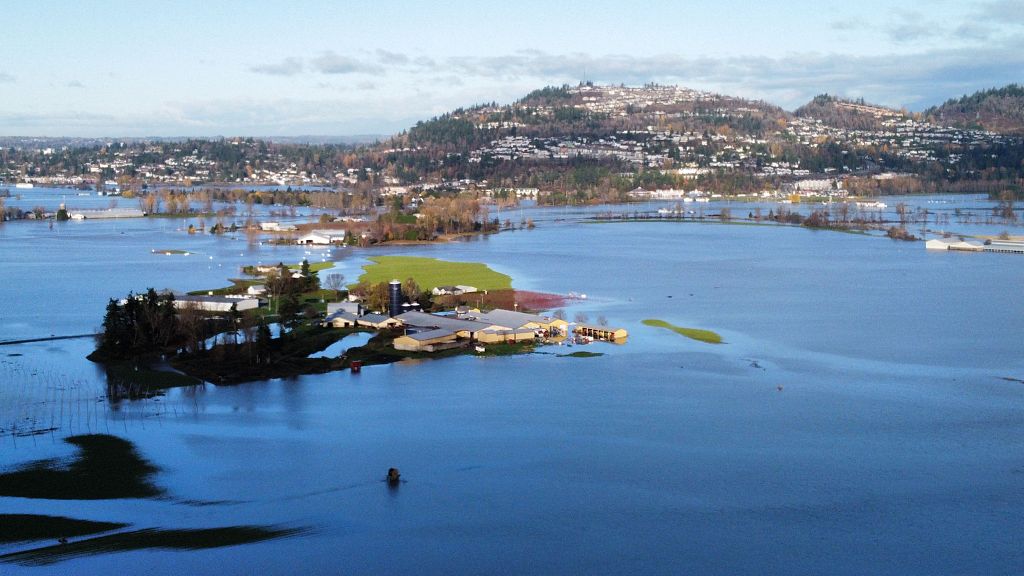 Canada's still-flooded British Columbia province warned on Wednesday that flooding could worsen in the province as river levels are expected to rise with heavy rainfall in the coming days.

A series of storms forecast for the days to come raised concerns for communities dealing with some parts of highways and roads already impacted by flooding and washouts when the province has been trying to recover from severe flood damage early this month.

"The next nine or 10 days could be quite challenging," said British Columbia's Public Safety Minister Mike Farnworth, calling on residents to pay close attention to weather forecasts for the coming days. 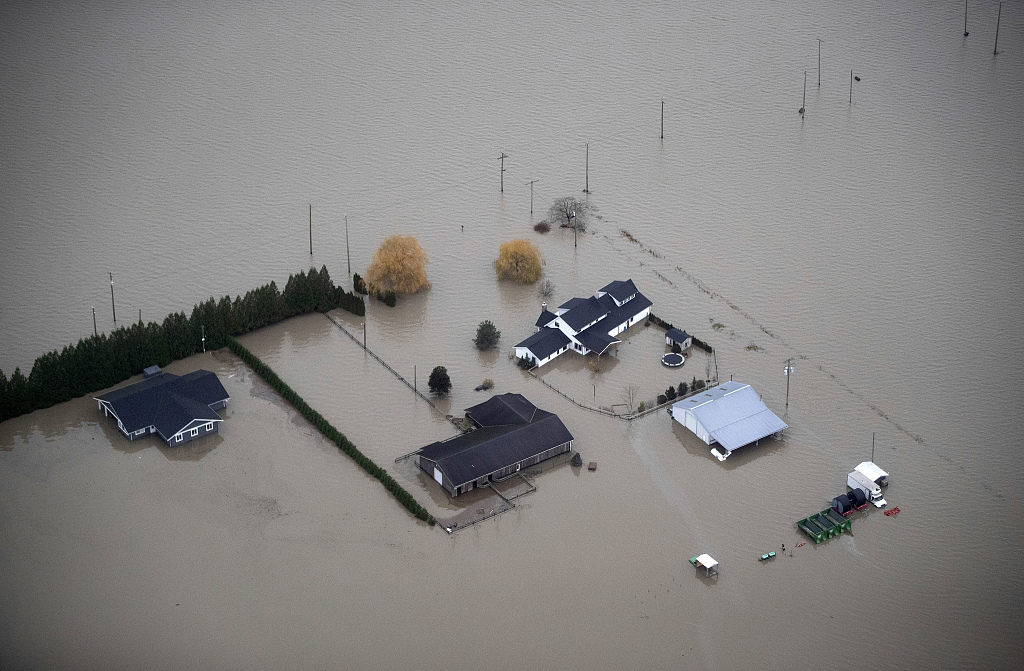 Houses and barns are surrounded by floodwaters on a farm in Abbotsford, British Columbia, Canada, November 22, 2021. /CFP

Wind, rain and snowfall warnings are in effect for parts of Vancouver Island, the Central Coast and the North Coast.

Some 80 millimeters of rain is forecast for Vancouver, Howe Sound, Whistler and the Fraser Valley in the Pacific coastal province, starting Wednesday morning and continuing until Friday.

British Columbia Hydro released a warning on Wednesday saying it anticipates increased water flow into its South Coast and Vancouver Island reservoirs and a higher risk of power outages this week due to the weather. Last week, rainstorms caused power outages as heavy wind and landslides damaged some parts of the province's hydro system. 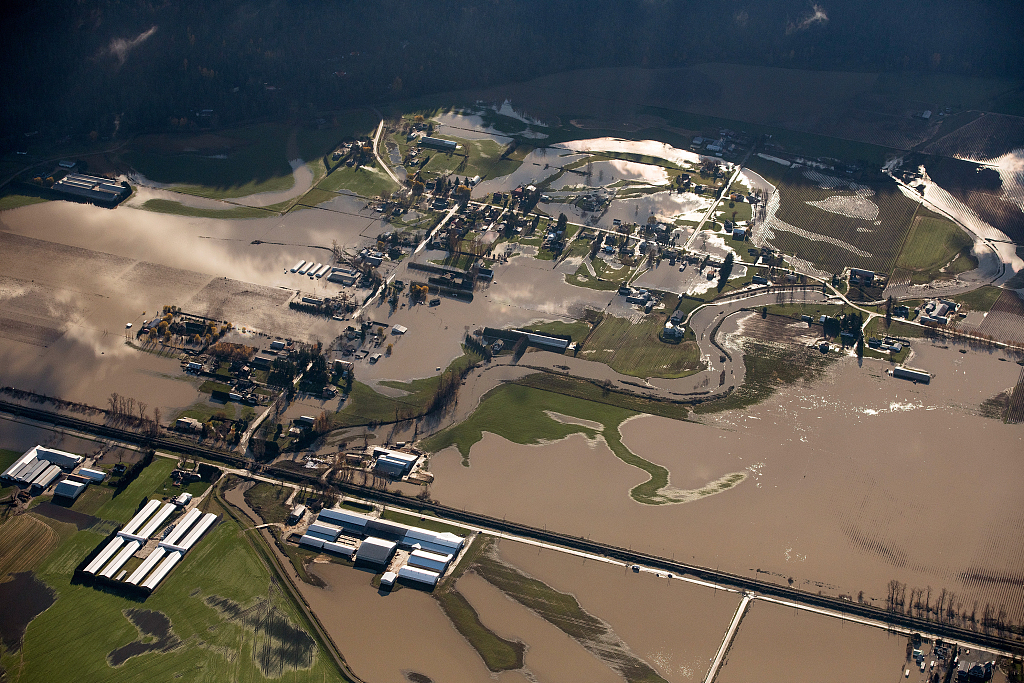 Hydro crews are working to replace transmission structures, power lines and wires while heading into the next series of storms.

On Wednesday, the City of Abbotsford replaced a boil water advisory for residents in some areas with "do not use water advisory."

The city said there are uncontrollable water main breaches in the region that could allow surface water to affect the supply of drinking water.