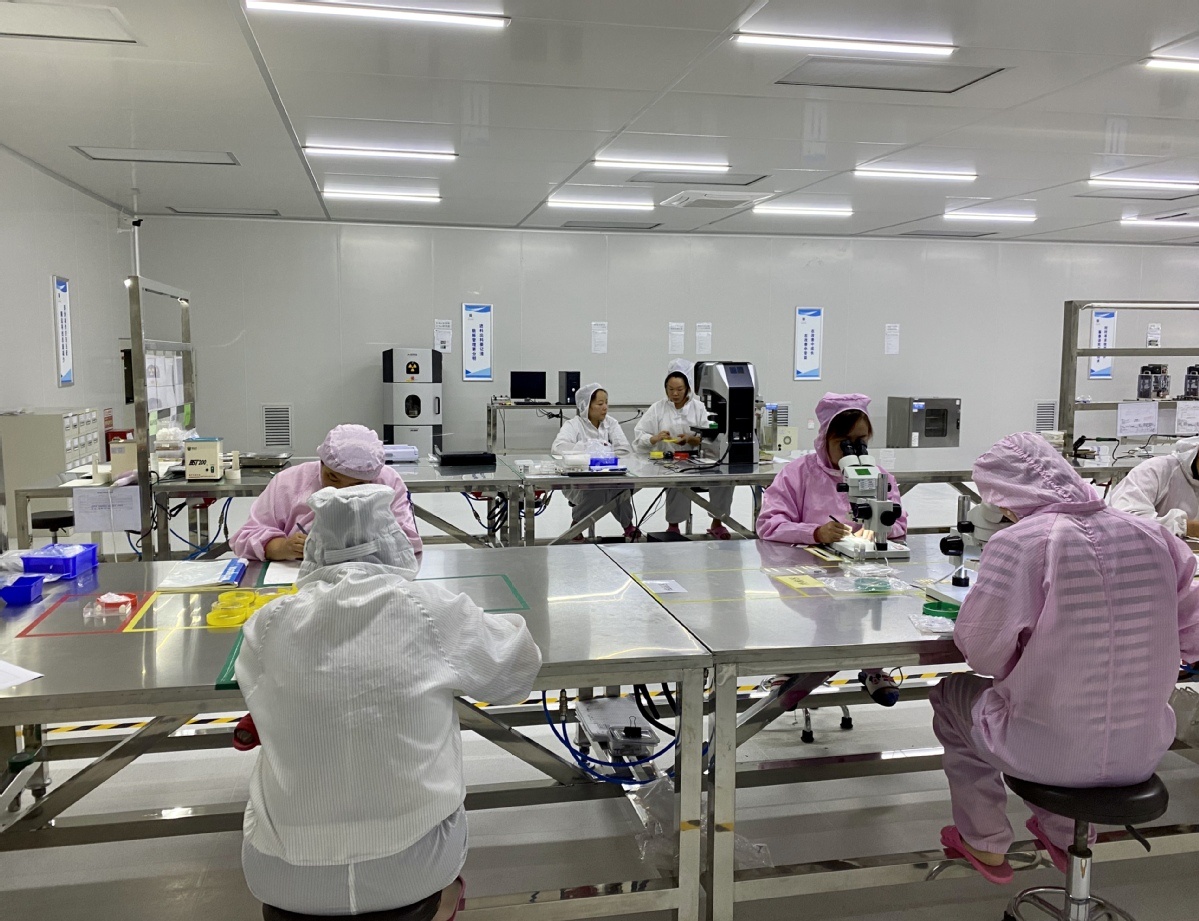 Thanks to the humid climate in the mountainous terrain, some high-tech companies have put factories at the foot of the eastern segment of the Qinling mountains, bringing new employment opportunities to local residents and attracting talent to the region.

Zhen'an Chipfield Tech Co is one of them. Based in Zhen'an county in Shangluo, Shaanxi province, the company mainly produces probes, a precision hardware component to connect chips.

"Like Mount Fuji in Japan, the Qinling mountains in Shaanxi province provide a precious environment for the production of our probes," he said, adding that many employees at the factory found jobs at the factory that suit them and doubled their incomes.

After a month of professional training, a villager who had no previous skills could work at the factory, he said.

"What our workers do every day is mostly related to assembly and dust removal, which is preferred by women. About 90 percent of our factory employees are female," he said.

He Mei, a 27-year-old female worker in the company, is in charge of the warehouse. She said her salary had risen threefold at the factory.

"My children used to spend an hour and a half going to school every day, now it only takes them five minutes. My family also relocated to a new house near the company because of my new job," she said.

"I feel much happier and more fulfilled than before. My life has gotten on a routine track."

Some highly educated people have been lured to the factory. Chen Nan, a 26-year-old engineer, said he was given many opportunities while working at a the factory after he graduated from a collage in Lanzhou, Gansu province last year.

"The platform may seem relatively small compared with big tech firms in big cities, but working at a company in the mountains gave me the chance to enjoy the natural scenery and experience more local customs," he said.