NASA announces the landing site for its Mars 2020 rover mission 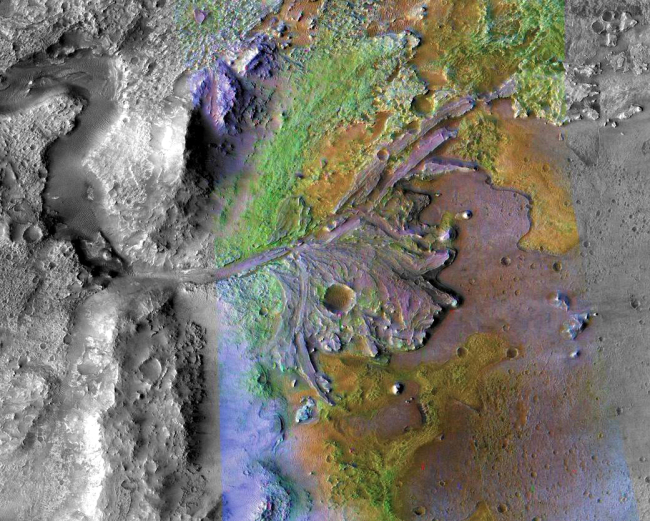 NASA's Mars Reconnaissance Orbiter recently captured this image of Jezero Crater, which will be the landing site for NASA's 2020 rover mission. (Photo: China Plus)

NASA has chosen Jezero Crater as the landing site for its Mars 2020 rover mission scheduled to launch in July next year as part of its ongoing exploration of the Red Planet.

According to NASA, the rover will seek signs of ancient habitable conditions and past microbial life, and also collect rock and soil samples to store in a cache on the planet's surface.

On ancient Mars, water carved channels and transported sediments to form fans and deltas within lake basins. "Examination of spectral data acquired from orbit show that some of these sediments have minerals that indicate chemical alteration by water," NASA said on its website.