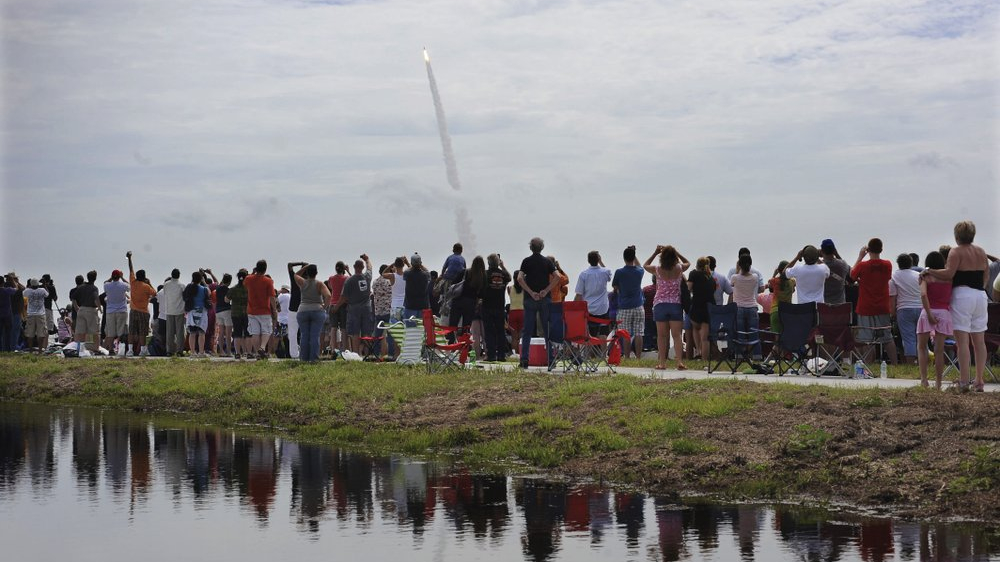 NASA and SpaceX urged spectators on Friday to stay home for the first home launch of astronauts in nearly a decade because of the coronavirus pandemic.

Top officials warned the public against traveling to Florida for the May 27 launch of two NASA astronauts aboard a SpaceX rocket to the International Space Station.

"The challenge that we're up against right now is we want to keep everybody safe," he said. "And so we're asking people not to travel to the Kennedy Space Center, and I will tell you that makes me sad to even say it. Boy, I wish we could make this into something really spectacular."

Bridenstine urged the public to watch the launch online or on TV from home.

"We don't want an outbreak," of COVID-19, he told reporters during a remote news conference.

SpaceX President Gwynne Shotwell agreed it's a shame more people won't be able to enjoy the launch from Florida. But she encouraged people to "be there for the ride with us."

"We'll be together in spirit more so than in physical space," she said.

Local officials are still mulling whether to allow people on beaches, parks and roadways on launch day.

NASA and SpaceX already are limiting the number of employees near astronauts Doug Hurley and Bob Behnken. Anyone coming close must wear masks and gloves, and their temperatures are checked. The astronauts also are staying away from all but the most important training events.

Hurley said the two are disappointed their families and friends will have to miss the launch in person, but "obviously, it's the right thing to do in the current environment."

Both astronauts said they have already been in quarantine for weeks along with their wives and young sons, so those few family members can join them at Kennedy for the launch.

The pair will go into full quarantine two weeks before liftoff, first at Johnson Space Center in Houston and then at Kennedy.

In both the NASA and SpaceX flight control rooms, staff will be spaced at least 6 feet (2 meters) apart on launch day and throughout the mission, and plenty of hand sanitizer, masks and gloves will be available.

NASA turned to private companies in the wake of the space shuttle program to get cargo to the space station. Next up are the crew deliveries. Russian Soyuz capsules, meanwhile, have been the sole means of crew transportation to the orbiting lab.

Boeing also is working to launch astronauts under NASA's commercial crew program; its first crew flight is still months – if not a year – away.