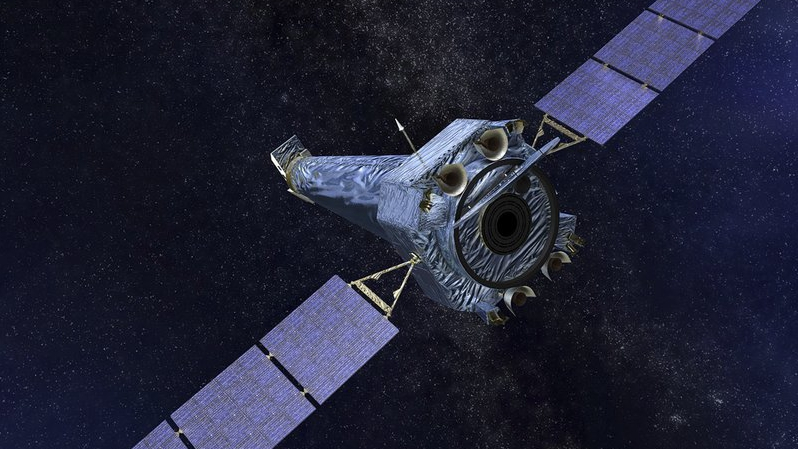 LOS ANGELES, Aug. 19 (Xinhua) -- A new study using data from the National Aeronautics and Space Administration's (NASA) Spitzer Space Telescope has provided a rare glimpse of a rocky exoplanet's surface, according to a NASA release on Monday.

The study, published Monday in the journal Nature, shows that the extrasolar planet's surface may resemble that of Earth's Moon or Mercury.

The planet likely has little to no atmosphere and could be covered in the same cooled volcanic material found in the dark areas of the Moon's surface, called mare, according to NASA.

Discovered in 2018 by NASA's Transiting Exoplanet Survey Satellite (TESS) mission, planet LHS 3844b is located 48.6 light-years from Earth and has a radius 1.3 times that of Earth.

It orbits a small, cool type of star called an M dwarf, which may host a high percentage of the total number of planets in the galaxy.

TESS found the planet via the transit method, which involves detecting when the observed light of a parent star dims because of a planet orbiting between the star and Earth.

This observation marks the first time Spitzer data have been able to provide information about the atmosphere of a terrestrial world around an M dwarf, said NASA.

Spitzer and NASA's Hubble Space Telescope have previously gathered information about the atmospheres of multiple gas planets, but LHS 3844b appears to be the smallest planet for which scientists have used the light coming from its surface to learn about its atmosphere, the release said.