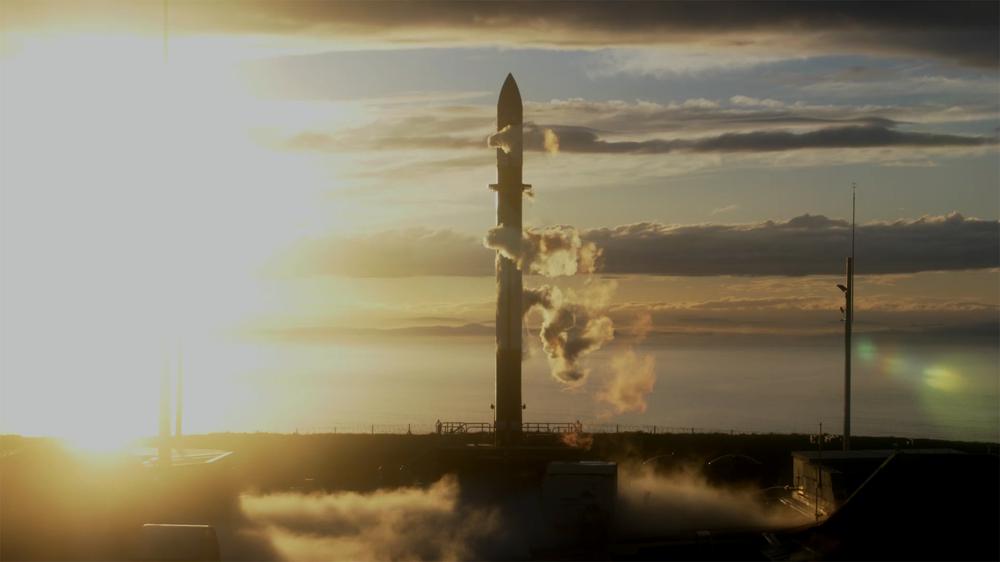 Rocket Lab's Electron rocket sits on the launch pad on the Mahia peninsula in New Zealand, in this May 17, 2022 photo. (Photo: AP)

NASA wants to experiment with a new orbit around the moon that it hopes to use in the coming years to once again land astronauts on the lunar surface.

So it is sending up a test satellite from New Zealand, with the launch scheduled for late Tuesday. If successful, the Capstone CubeSat satellite — only about the size of a microwave oven — will be the first to take the new path around the moon and will send back vital information for at least six months.

Technically, the new orbit is called a near-rectilinear halo orbit. It's a stretched-out egg shape with one end passing close to the moon and the other far from it.

Imagine stretching a rubber band back from your thumb. Your thumb would represent the moon and the rubber band the flight path.

“It will have equilibrium. Poise. Balance," NASA wrote on its website. “This pathfinding CubeSat will practically be able to kick back and rest in a gravitational sweet spot in space – where the pull of gravity from Earth and the Moon interact to allow for a nearly-stable orbit.”

Eventually, NASA plans to put a space station called Gateway into the orbital path, from which astronauts can descend to the moon's surface as part of its Artemis program.

For the satellite mission, NASA is teaming up with two commercial companies. California-based Rocket Lab will launch the rocket carrying the satellite, which in turn is owned and operated by Colorado-based Advanced Space.

The mission came together relatively quickly and cheaply for NASA, with the total mission cost put at $32.7 million.

Getting the 25-kilogram (55-pound) satellite into orbit will take more than four months and be done in three stages.

Six days after the launch, Photon's engines will fire a final time, allowing it to escape Earth's orbit and head for the moon.

Photon will then release the satellite, which has its own small propulsion system but which won't use much energy as it cruises toward the moon over four months, with a few planned trajectory course corrections along the way.

Rocket Lab spokesperson Morgan Bailey said it was the most ambitious and complex mission it has undertaken so far and comes after more than two years of work with NASA and Advanced Space. She said it will be the first time Rocket Lab has tested its HyperCurie engine that will be used to power Photon.

“Certainly lots of hard problems to solve along the way, but we've ticked them off one by one, and made it to launch day," Bailey said.

Bailey said one of the advantages of the orbit is that, theoretically, a space station should be able to maintain continuous communication with Earth because it will avoid being eclipsed by the moon.