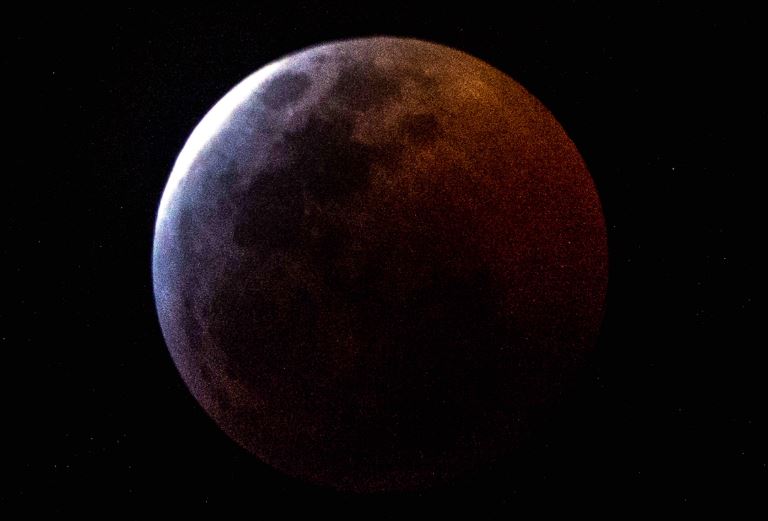 For the first time, scientists observed that streams of meteoroids struck the Moon and infused the thin lunar atmosphere with a short-lived water vapor.

The study published on Monday in the journal Nature Geosciences showed that those meteoroid streams occurred in January and April 2014.

The findings will help scientists understand the history of lunar water, a potential resource for sustaining long term operations on the Moon and human exploration of deep space.

The data was collected by the US space agency NASA's Lunar Atmosphere and Dust Environment Explorer (LADEE), a robotic mission that orbited the Moon to gather detailed information about the structure and composition of the thin lunar atmosphere.

There is evidence that the Moon has water and hydroxyl, a more reactive relative of water, but the origins of the water are currently being discussed.

"The Moon doesn't have significant amounts of H2O or OH in its atmosphere most of the time," said Richard Elphic, the LADEE project scientist at NASA's Ames Research Center.

"But when the Moon passed through one of these meteoroid streams, enough vapor was ejected for us to detect it. And then, when the event was over, the H2O or OH went away."

To release water, the meteoroids had to penetrate at least eight centimeters below the surface. Underneath this bone-dry top layer lies a thin transition layer, then a hydrated layer, where water molecules likely stick to the soil and rock, according to the study.

About two-thirds of that vapor escapes into space, but the rest lands back on the surface of the Moon, according to the study.

The findings could help explain the deposits of ice in cold traps in the dark reaches of craters near the poles. Water vapor will remain stable there for a long time due to the low temperatures.

"We know that some of the water must be coming from the Moon because the mass of water being released is greater than the water mass within the meteoroids coming in," said the paper's co-author Dana Hurley with the Johns Hopkins University.