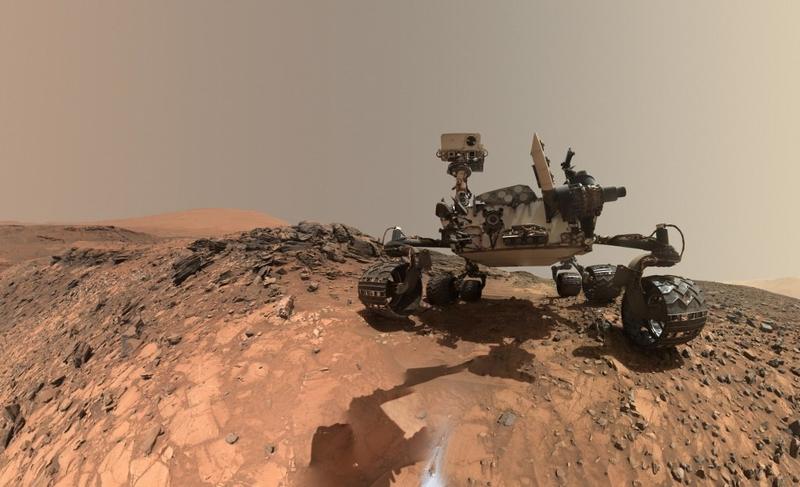 This NASA photo released June 7, 2018 shows a low-angle self-portrait of NASA's Curiosity Mars rover vehicle at the site from which it reached down to drill into a rock target called "Buckskin" on lower Mount Sharp. (Photo: AFP)

WASHINGTON, March 5 (Xinhua) -- The US space agency NASA on Thursday named its next-generation Mars rover "Perseverance." The rover is designed to better understand the geology of Mars and seek signs of ancient life and is scheduled to be launched in July to August this year.

The name, submitted by seventh grader Alexander Mather from Virginia, was chosen from 28,000 entries from K-12 students in the United States. Thomas Zurbuchen, associate administrator of the NASA Science Mission Directorate, hosted a naming event at Mather's school.

"Alex's entry captured the spirit of exploration," said Zurbuchen. "Like every exploration mission before, our rover is going to face challenges ... that inspiring work will always require perseverance. We can't wait to see that nameplate on Mars."

Perseverance, expected to land on Mars in February of 2021 at the site of an ancient river delta in a lake that once filled Jezero Crater, will collect and store rock and soil samples in sealed tubes, and will search for signs of past microbial life

The rover is about 3 meters long, 2.7 meters wide and 2.2 meters tall, and weighs 1,025 kg. It will be powered by heat from the natural decay of plutonium-238 to generate electricity. Perseverance currently is undergoing final assembly and checkout at NASA's Kennedy Space Center in Florida, according to NASA.