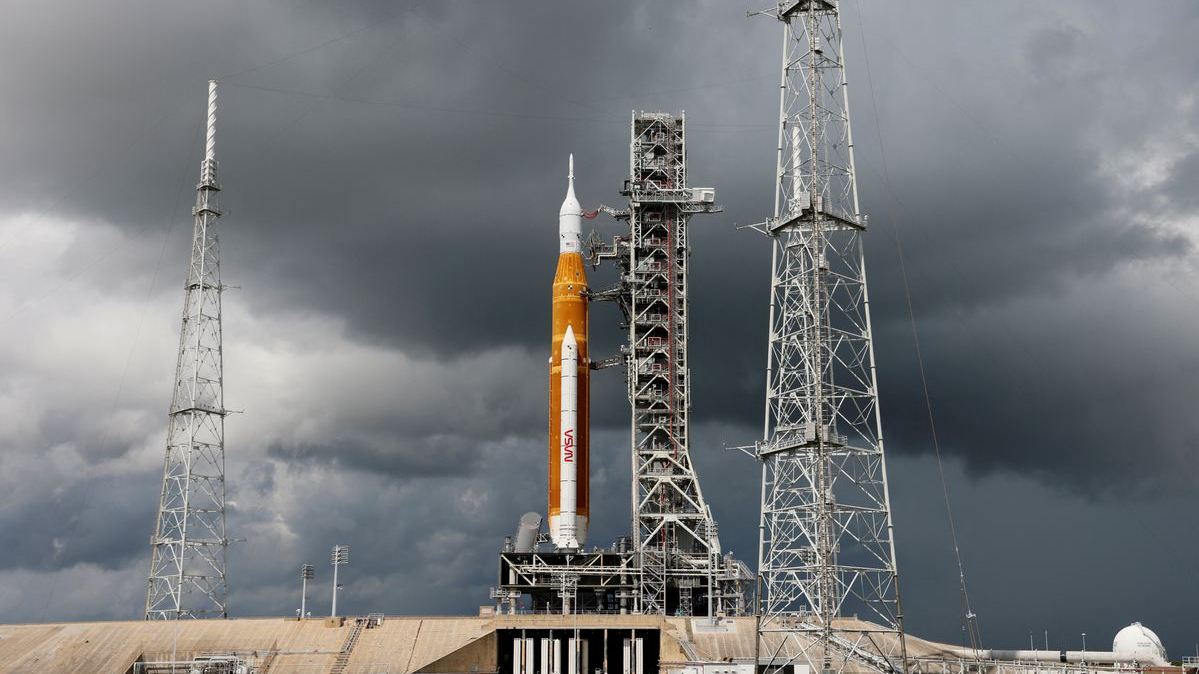 NASA's next-generation moon rocket, the Space Launch System (SLS) with the Orion crew capsule perched on top, stands on launch complex 39B as it is prepared for launch for the Artemis 1 mission at Cape Canaveral, Florida, U.S., September 3, 2022. (Photo via CGTN)

NASA is now targeting September 27 as the earliest possible launch date for its uncrewed Artemis 1 mission to the moon, the agency said in a blog post Monday.

The date would depend on engineering teams successfully carrying out a test to fuel up the Space Launch System (SLS) rocket, and receive a waiver to avoid retesting batteries on an emergency flight system that is used to destroy the rocket if it strays from its designated range.

If it does not receive the waiver, the rocket will have to be wheeled back to its assembly building, pushing the timeline back several weeks.

For the September 27 date, a "70-minute launch window opens at 11:37 a.m. EDT," while the mission would end with an ocean splashdown of the Orion capsule on November 5.

A potential next date comes on October 2.

The Artemis 1 space mission hopes to test the SLS as well as the unmanned Orion capsule that sits atop it, in preparation for future moon-bound journeys with humans aboard.

Once launched, it will take several days for the spacecraft to reach the moon, flying around 100 kilometers at its closest approach.

One of the trip's main objectives is to test the capsule's heat shield, which at five meters in diameter is the largest ever built, when the ship re-enters the atmosphere.

The next mission, Artemis 2, will take astronauts to the moon without landing on its surface, while the third, set for the mid-2020s, would see the first woman and person of color on lunar soil.

NASA wants to build a lunar space station called Gateway and keep a sustained presence on the moon to gain insight into how to survive very long space missions, ahead of a mission to Mars in the 2030s.