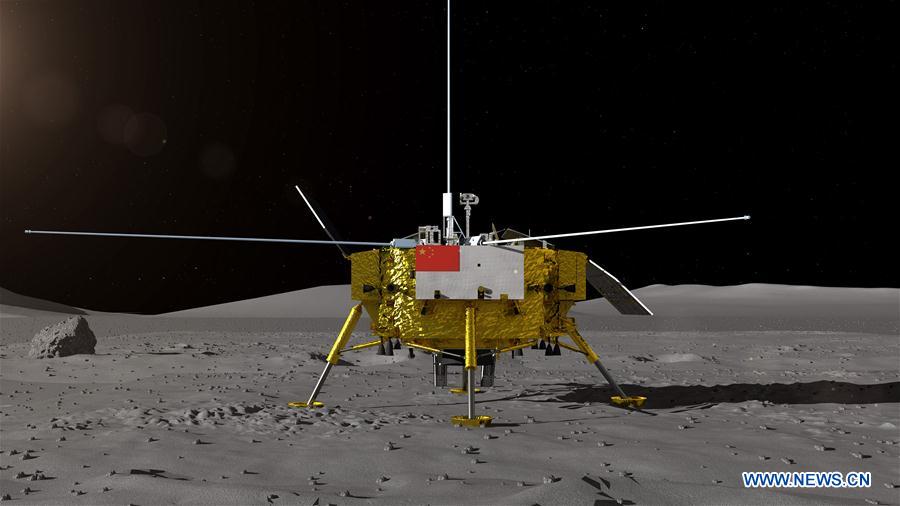 On Jan. 30, the LRO rolled 70 degrees to the west to snap a spectacular view looking across the floor toward the west wall, according to NASA.

However, about 330 kilometers to the east of the landing site, LRO captured a picture only about two pixels across and didn't detect the small rover Yutu-2 or Jade Rabbit-2.

The black-and-white picture released by NASA on Wedneday showed the west wall of Von Karman crater, a massive mountain range, rising over 3,000 meters above the floor.

China's Chang'e-4 probe, launched on Dec. 8 in 2018, landed on the Von Karman Crater in the South Pole-Aitken Basin on the far side of the moon on Jan. 3.

The rover and the lander of the Chang'e-4 probe have been awakened by sunlight after a long "sleep" during the first extremely cold night on the moon on Jan. 30.

NASA announced its plan last month to cooperate with Chinese space authorities to observe a signature of the landing plume of Chang'e-4's lunar lander.

NASA and the Chinese National Space Administration agreed that any significant findings resulting from this coordination activity will be shared with the global research community at a UN meeting to be held in mid February in Vienna.