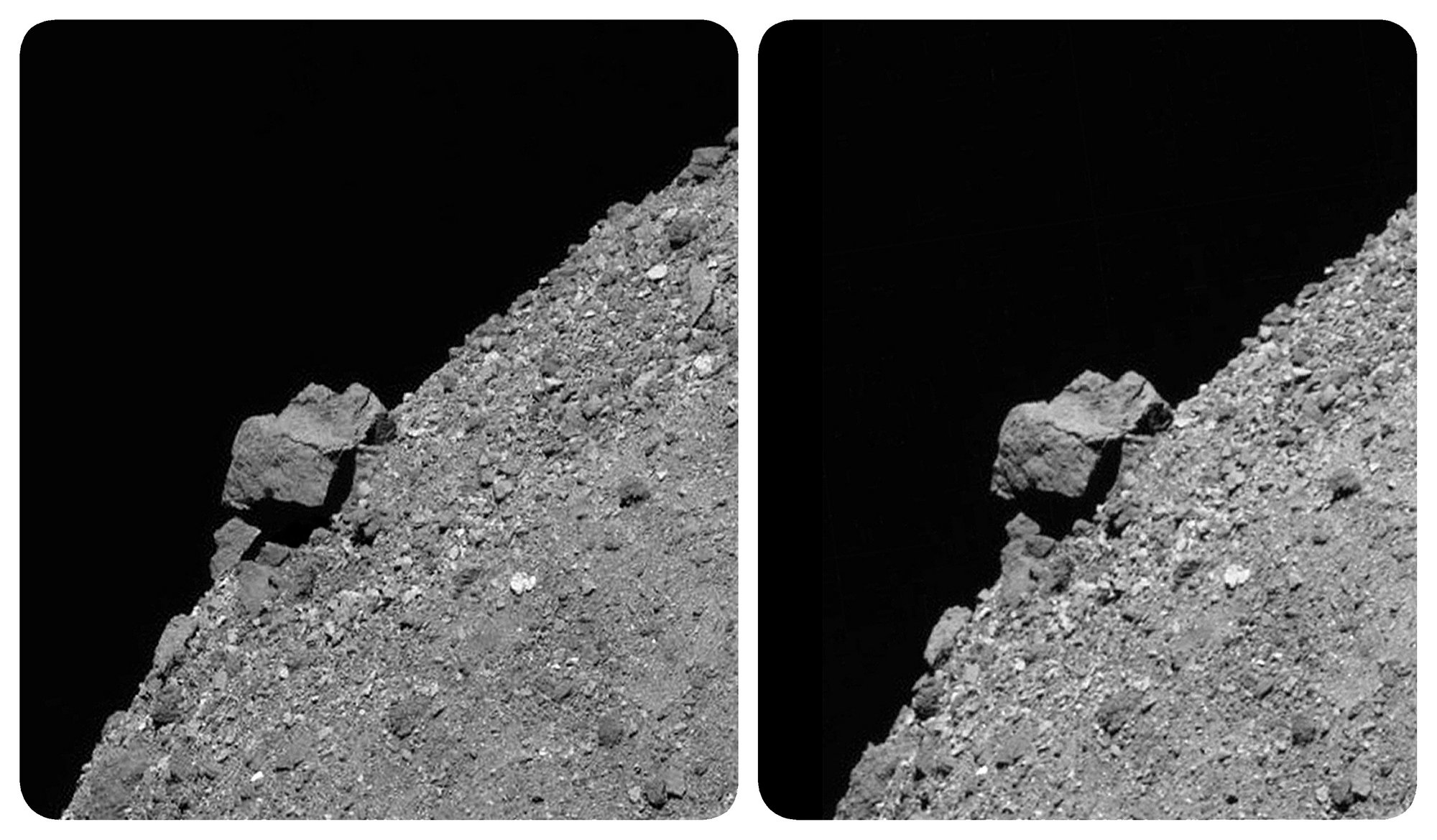 This combination of Dec. 2, 2018 photos made available by NASA shows a set of stereoscopic images of a large, 170-foot (52-meter) boulder that juts from asteroid Bennu's southern hemisphere and the rocky slopes that surround it. (NASA via AP)

NASA has released a pair of artsy shots of two little asteroids.

A real-life rocker helped create these stereo images: Queen’s lead guitarist Brian May. May, who’s also an astrophysicist, joined the science team in January. He also is collaborating on NASA’s New Horizons spacecraft, which flew past the most distant object ever explored, Ultima Thule, on New Year’s Day.