WASHINGTON, Feb. 23 (Xinhua) -- NASA revealed on Monday a first-of-its-kind footage of its Perseverance rover while landing on Mars, and the first audio of Martian wind recorded by the rover. 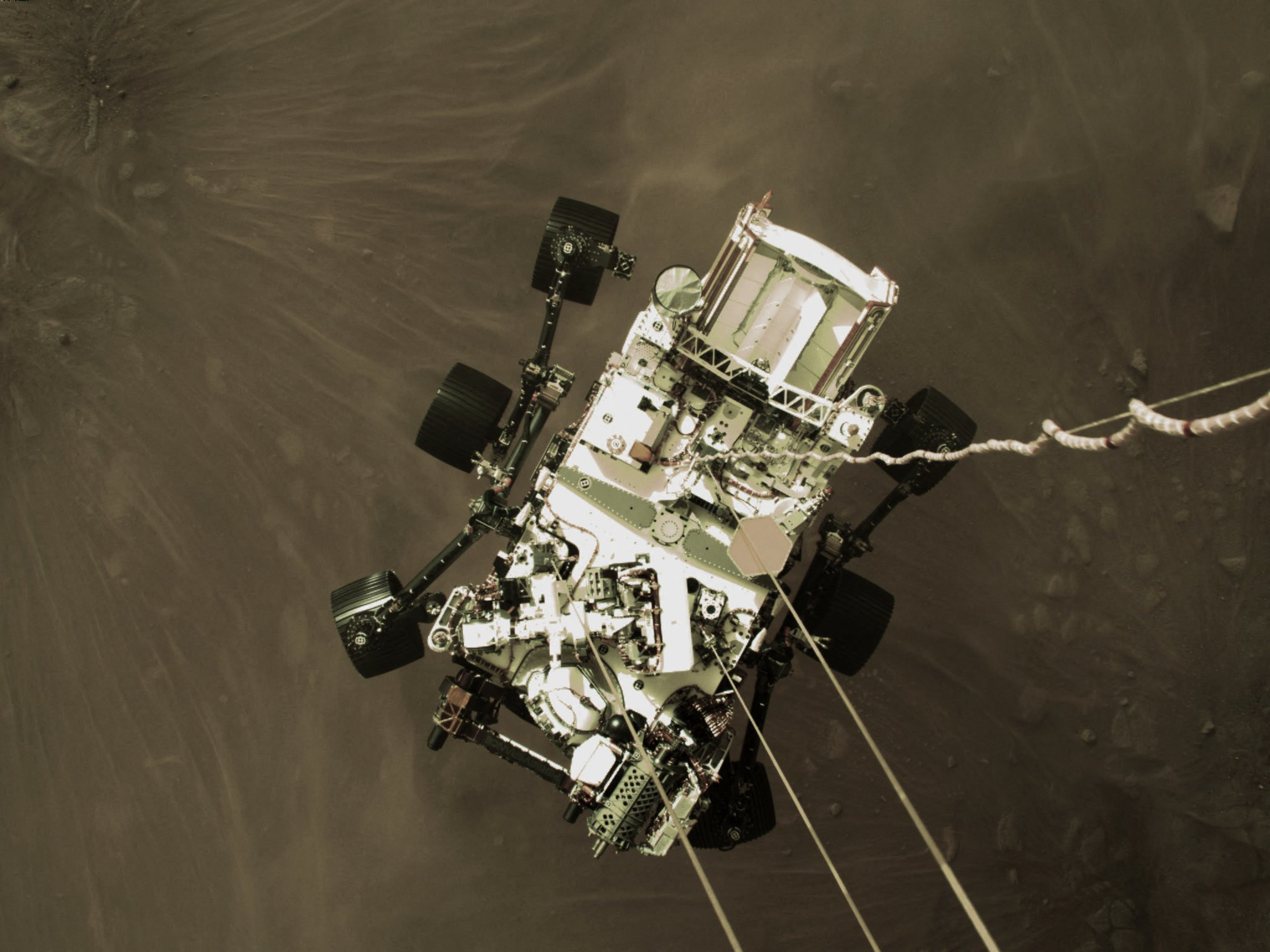 This photo released by NASA, shows the Perseverance rover being lowered by the Sky Crane to the surface of Mars on February 18, 2021. (Photo: AFP)

New video from Perseverance rover records "major milestones during the final minutes of its entry, descent, and landing" on Mars Thursday, "as the spacecraft plummeted, parachuted, and rocketed" toward the surface of the red planet, the U.S. space agency said.

A microphone on the rover also provided the first audio recording of sounds from Mars. 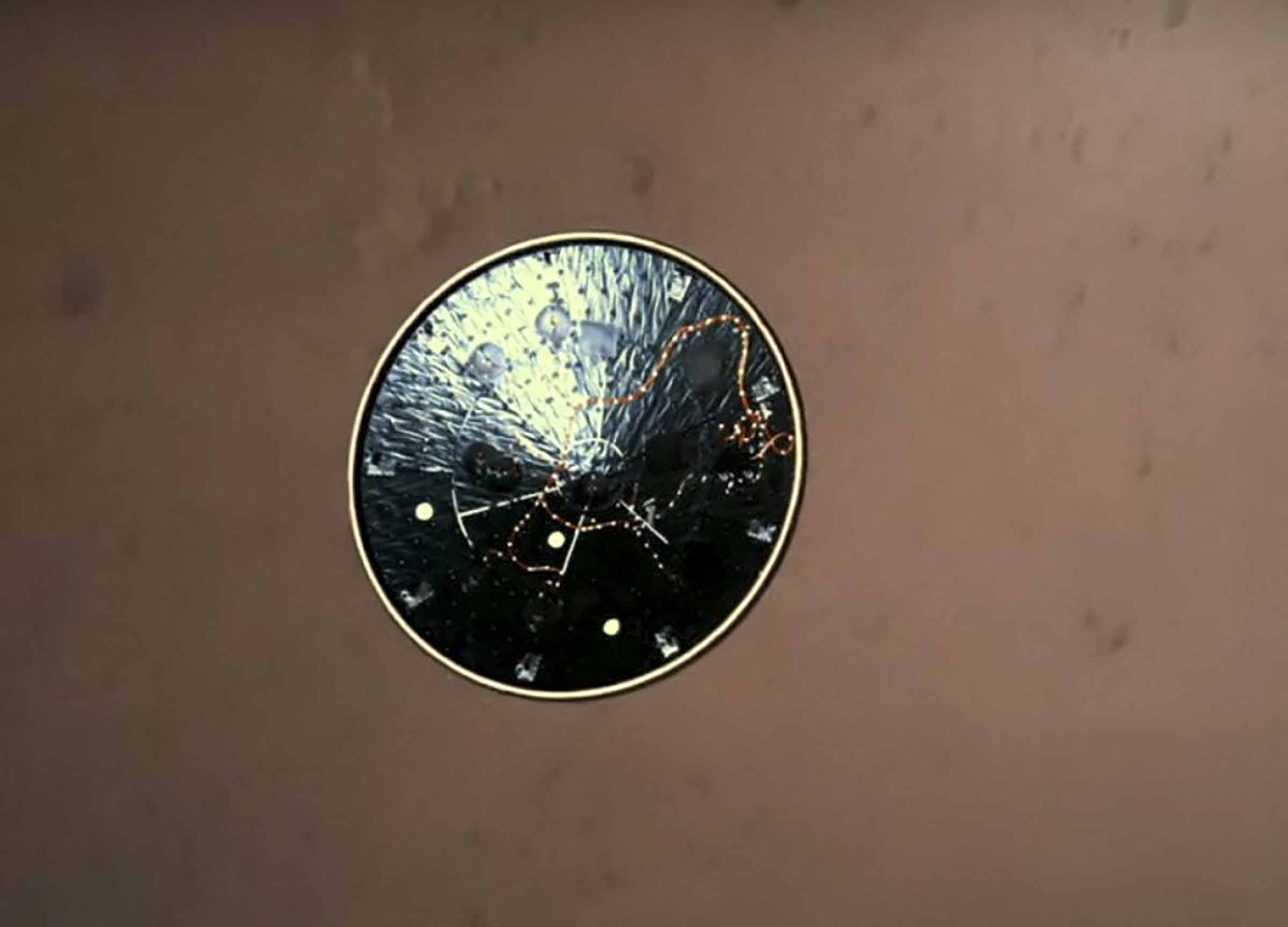 The camera system covers the entire descent from the moment of parachuting, a crucial step for the rover to arrive at the Jezero Crater.

The footage from high-definition cameras starts 11 km above the surface, while the microphone on the rover captured a few seconds of a Martian breeze and mechanical sounds of the rover operating on the surface.

"Perseverance is just getting started, and already has provided some of the most iconic visuals in space exploration history. It reinforces the remarkable level of engineering and precision that is required to build and fly a vehicle to the Red Planet," said acting NASA Administrator Steve Jurczyk.

NASA also unveiled a picture with the full view of the rover's landing site. The photo was taken by the two Navigation Cameras on its mast.

Perseverance rover is currently undergoing an extensive checkout of all its systems and instruments, according to NASA.

An Atlas V rocket with the Perseverance rover lifts off from Launch Complex 41 at Cape Canaveral Air Force Station in Florida on July 30, 2020. (Photo: AFP)

The rover was launched on July 30 last year from the Space Launch Complex 41 at Cape Canaveral Air Force Station in the U.S. state of Florida. It arrived at the red planet on Thursday after a 203-day journey traversing 472 million km.

With the primary mission to search for signs of ancient life on Mars, Perseverance is the first rover to bring a sample caching system to Mars that will package promising samples for return to Earth by a future mission.