Dubbed the largest, most advanced rover the US space agency NASA has ever sent to another world, "Perseverance" nailed its safe landing at the preset site on Mars on Thursday, drawing a conclusion to its 203-day journey, covering more than 470 million kilometers from Earth. 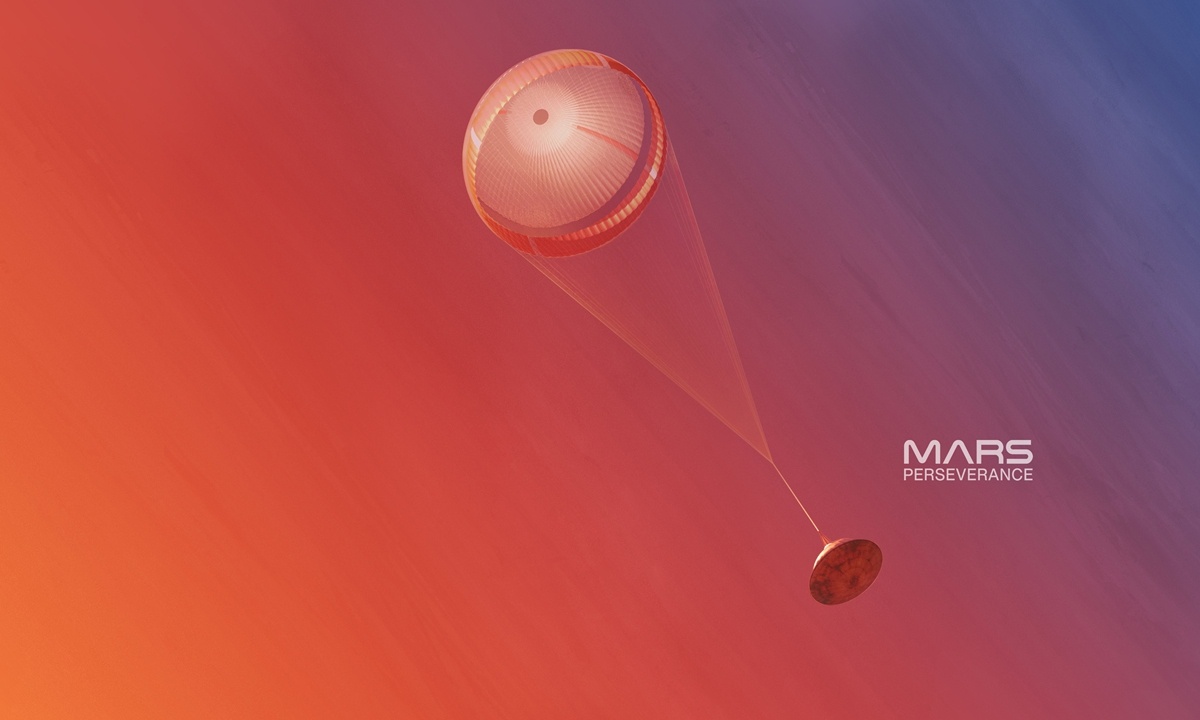 The successful touchdown, which was announced at mission control at NASA's Jet Propulsion Laboratory in Southern California around Beijing time 5 am on Friday, immediately thrilled Chinese social media users, with the topic rocketing atop of China's microblogging giant Sina Weibo search list, gathering nearly 30 million views and more than 2,500 comments as of press time. 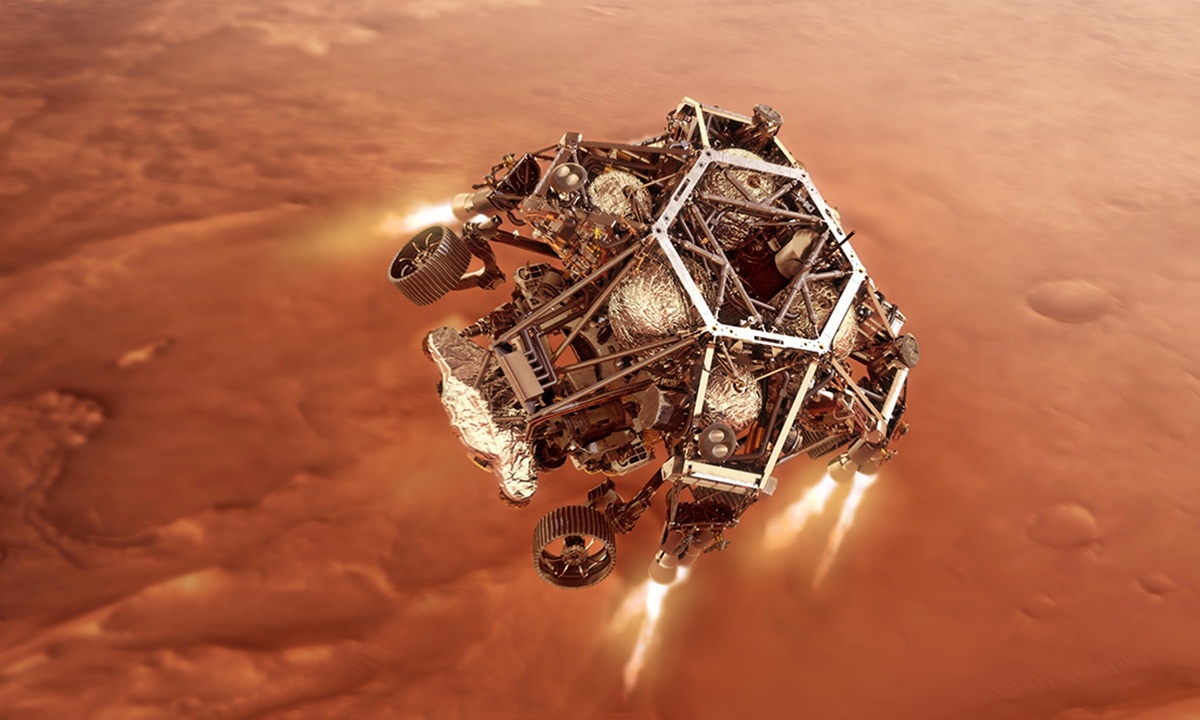 Chinese web users applauded the NASA craft's safe landing, and extended their sincere congratulations to the US.

Commenting under a post featuring cheering NASA personnel during the landing, one netizen wrote that, "Although the US has been picking fights with our country during the past few years, we should not hold back anything but celebrate the rover's landing, as once it flies out of Earth, it represents the entirety of mankind. And our Tianwen-1 is coming next," collecting numerous thumb-ups.

"Honestly, NASA is still the world leader in space exploration. And we hope one day it can truly share its findings and technology with the rest of the world," wrote another.

About the size of a car and weighing slightly over one ton, the nearly $3-billion robotic geologist and astrobiologist nicknamed "Percy" is the fifth rover that the US has safely placed on the Red Planet. Its landing also marked the ninth successful landing out of 10 attempts by the US. 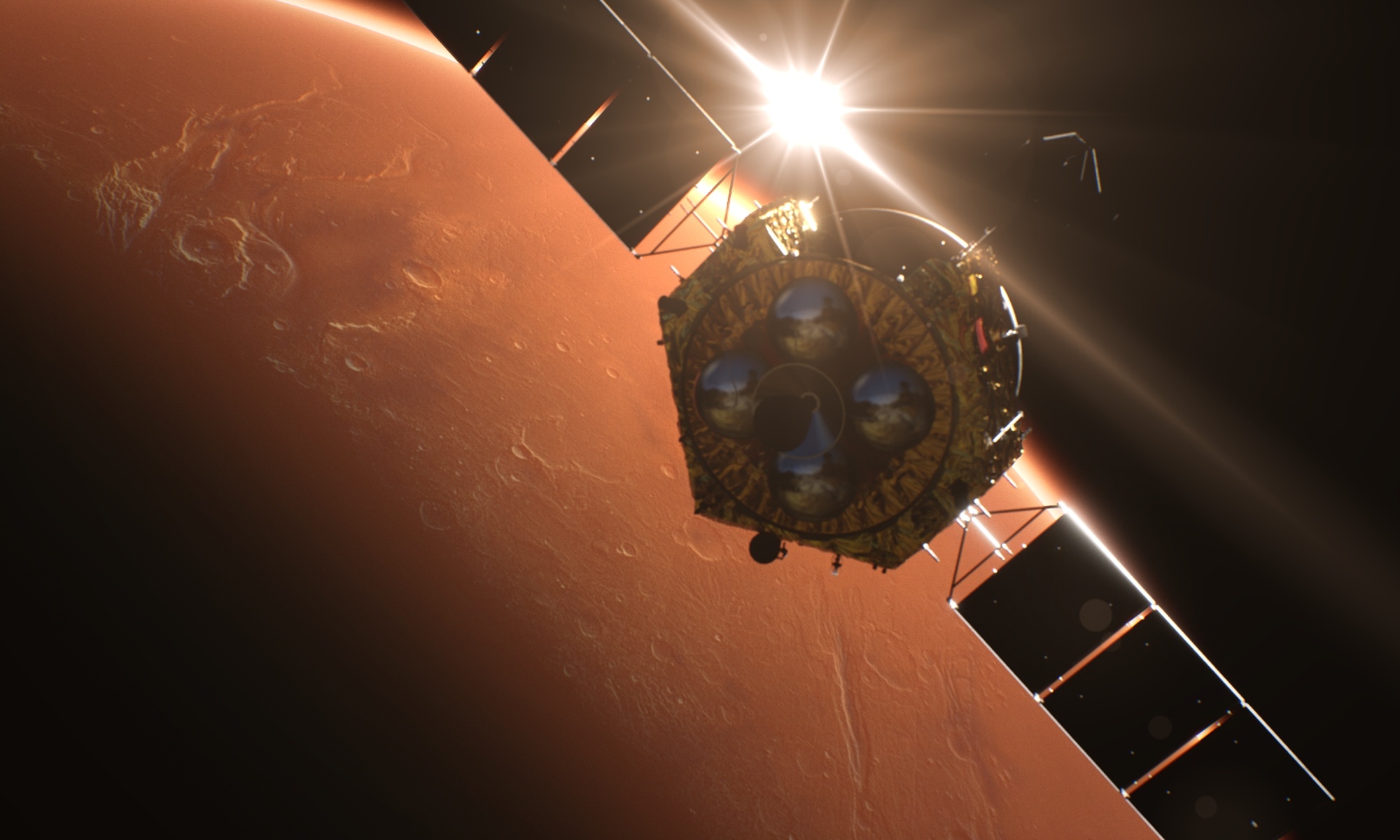 According to NASA, Percy will undergo several weeks of testing before it begins its two-year science investigation, with a focus on searching for past life at Mars' Jezero Crater.

Some 45 kilometers wide, Jezero Crater sits on the western edge of Isidis Planitia, a giant impact basin just north of the Martian equator. Scientists have determined that 3.5 billion years ago, the crater had its own river delta and was filled with water, per NASA.

Quite similar to the landing of NASA's Curiosity rover in 2012, Percy also opted for a sky-crane landing system over the more traditional airbag landing, which was hailed by Chinese space experts as "the most complex and most costly, but the most advanced" landing style to date.

"Such sky crane technology could meet the soft landing requirements for a much larger, heavier rover onto the surface with high precision," Pang Zhihao, a former researcher at the China Academy of Space Technology and space author, told the Global Times on Friday.

According to NASA on Thursday, the Mars Entry, Descent, and Landing Instrumentation 2 (MEDLI2) sensor suite collected data about Mars' atmosphere during Percy's entry, and the Terrain-Relative Navigation system autonomously guided the spacecraft during its final descent. The data from both is expected to help future missions land on other worlds more safely and with larger payloads. 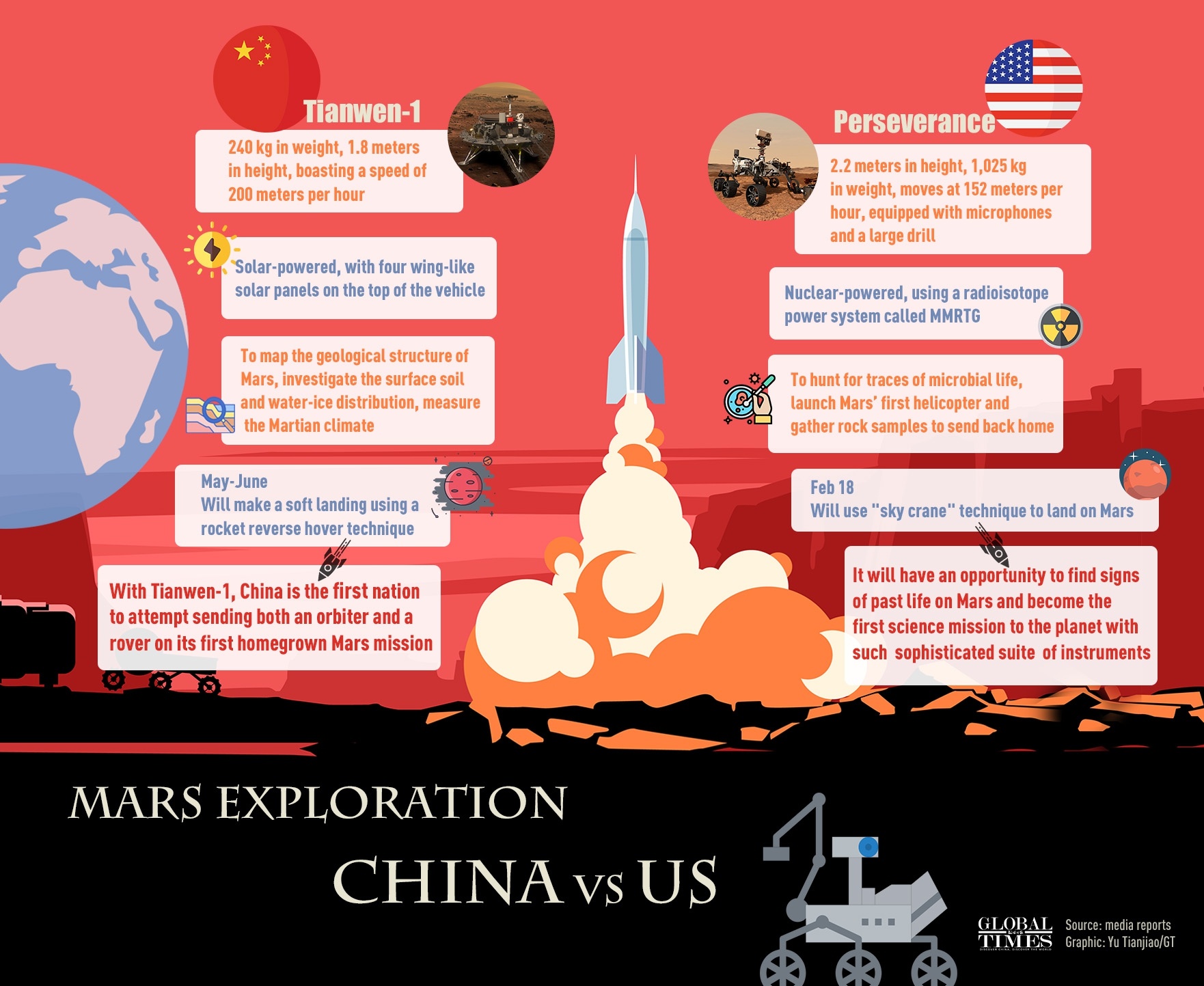 Mars Exploration: China vs US

The China Aerospace Science and Technology Corporation (CASC), China's state-owned space giant and contractor of the country's first Mars probe Tianwen-1 mission, on Friday morning congratulated NASA for the smooth touchdown of the explorer, saying that "it is hoped that all three human missions to the Red Planet can achieve full success and make new contributions to human kind's deep space exploration."

According to a statement the CASC provided to the Global Times, although Tianwen-1 reached Mars' orbit about eight days ahead of the Percy, it will remain in its orbiting stage for a couple of months before attempting to land in May or June. 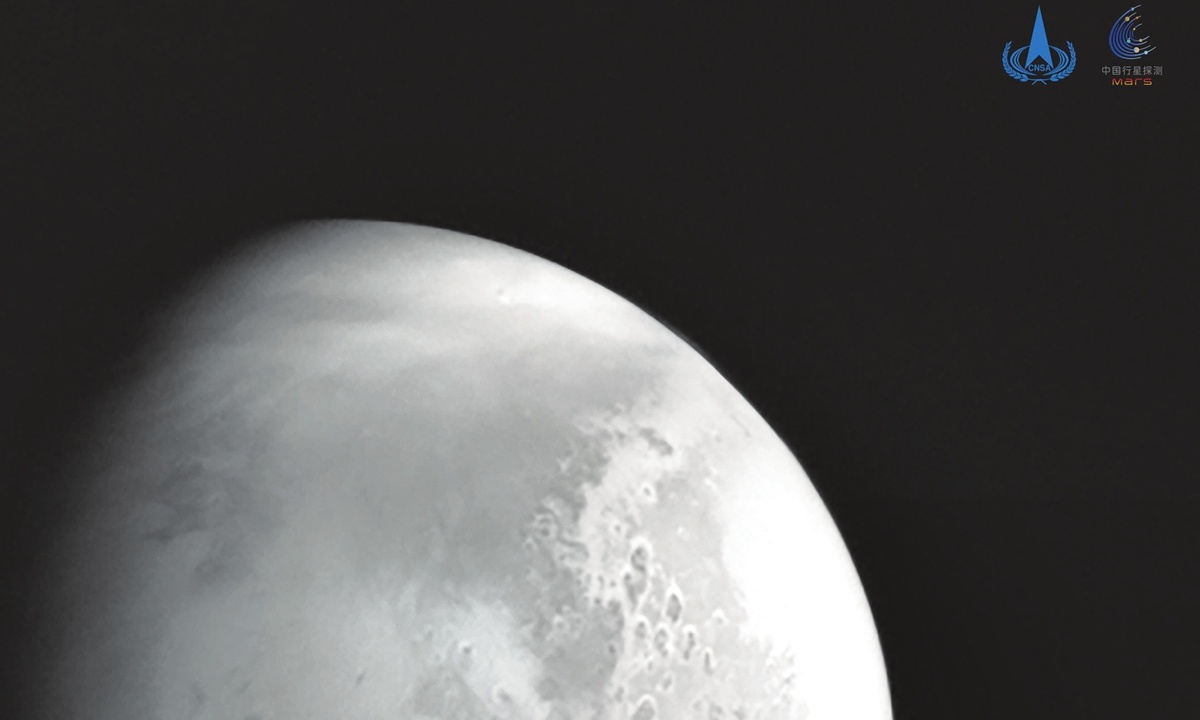 The China National Space Administration (CNSA) released the first image of Mars taken by China’s first ever Mars probe Tianwen-1 on Friday. The black-and-white photo was taken about 2.2 million kilometers from the Red Planet, according to the CNSA. Tianwen-1 is expected to arrive in the gravity field of Mars and carry out a braking maneuver around February 10, a day before Chinese New Year’s Eve. (Photo: VCG)

Because Tianwen-1 and the US rover have different exploration schemes, Tianwen-1 will not immediately touch down on the Red Planet, it said.

According to the CASC, Tianwen-1's Mars entry, descent and landing (EDL) will take around nine minutes, during which the Chinese explorer's speed will be reduced from 4.9 kilometers per second to zero.

What's more, because the communication delay is expected to stretch to some 20 minutes, Tianwen-1's lander will carry out the mission essentially on its own.

The landing of the Chinese craft will involve an aerodynamic decelerating stage first, before it deploys a parachute system and a variant thrust engine system.

The Tianwen-1 lander will enter a hovering stage as it reaches some 100 meters above the surface and sensors—including the camera onboard—will "search" for a safe area to touch down, according to the CASC.