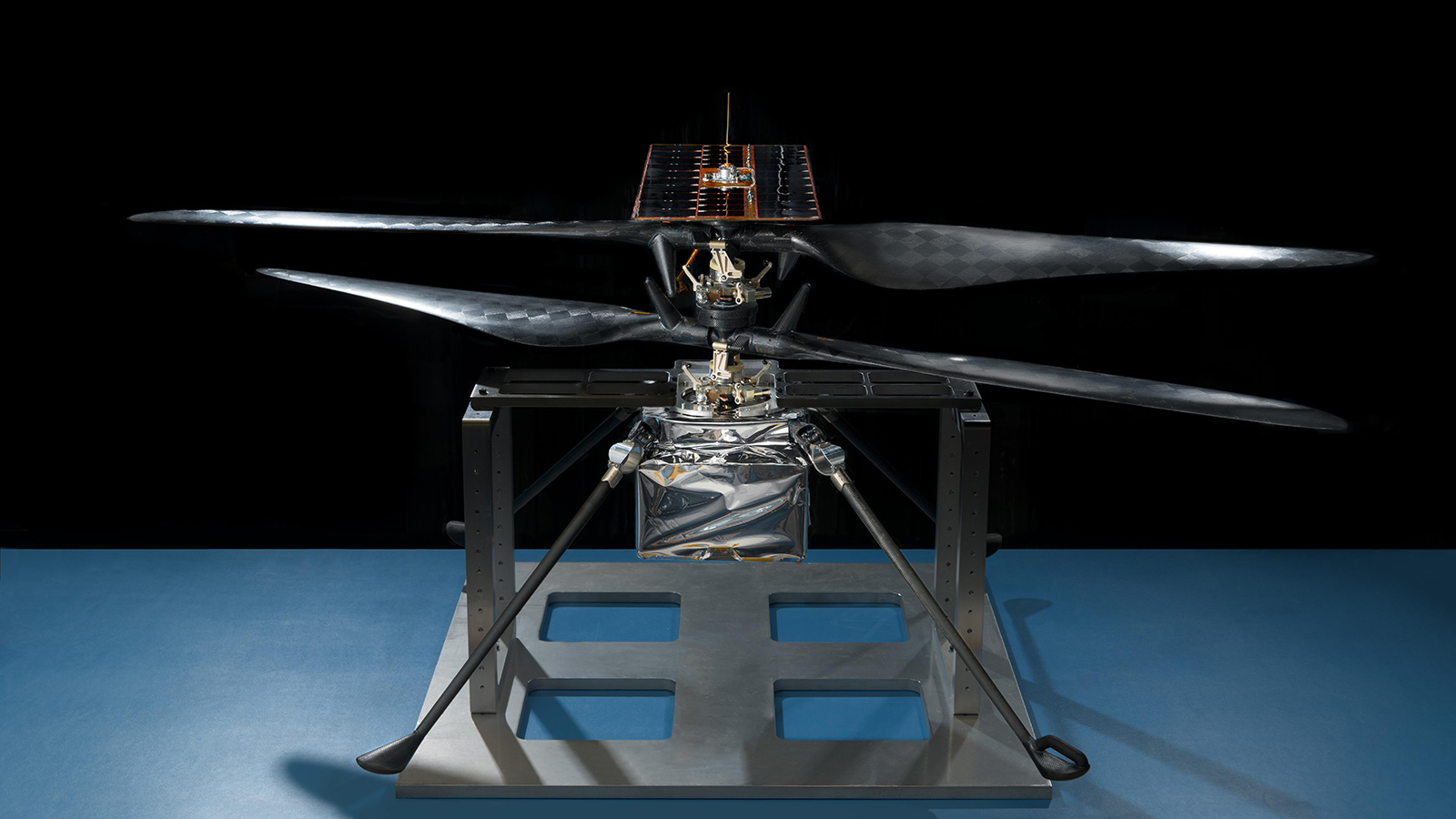 This image of the flight model of NASA's Mars Helicopter was taken on Feb. 14, 2019, in a cleanroom at JPL. (File photo: NASA)

In 2021, the small, autonomous helicopter will be the first vehicle in history to attempt to establish the viability of heavier-than-air vehicles flying on another planet.

This January, the team operated the flight model in a simulated Martian environment. Then it was moved to Lockheed Martin Space in Denver for compatibility testing with the Mars Helicopter Delivery System.

The system will hold the 1.8-kg helicopter against the belly of the Mars 2020 rover during launch and interplanetary cruise before deploying it onto the surface of Mars after landing.

As a technology demonstrator, the Mars Helicopter carries no science instruments. Its purpose is to confirm that powered flight in the tenuous Martian atmosphere, which has 1 percent the density of Earth's, is possible and that it can be controlled from Earth over large interplanetary distances.

"We expect to complete our final tests and refinements and deliver the helicopter to the High Bay 1 clean room for integration with the rover sometime this summer," Aung said.

The Mars Helicopter will launch with the Mars 2020 rover in July 2020 from Space Launch Complex 41 at Cape Canaveral Air Force Station, Florida.

When it lands in Jezero Crater on Feb. 18, 2021, the rover will also be the first spacecraft in the history of planetary exploration with the ability to accurately retarget its point of touchdown during the landing sequence.