LOS ANGELES, Dec. 11 (Xinhua) -- NASA's Orion spacecraft returned to Earth on Sunday after making an uncrewed mission around the moon. 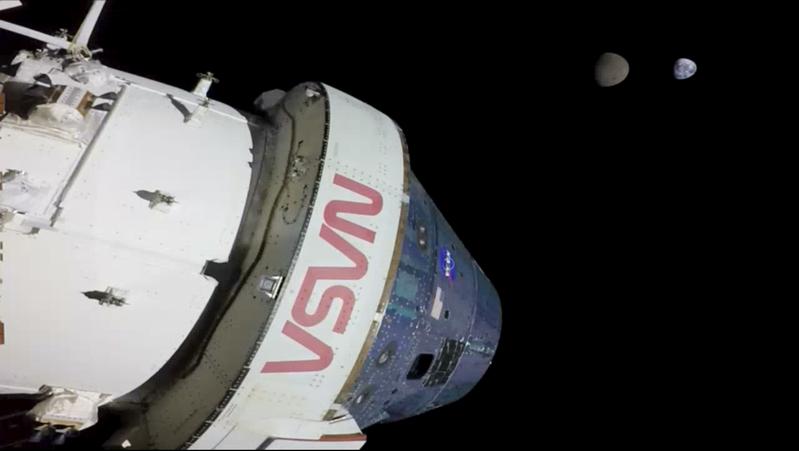 In this photo provided by NASA, the Earth and its moon are seen from NASA's Orion spacecraft on Nov 28, 2022. (NASA VIA AP)

Orion was launched onboard NASA's Space Launch System rocket on Nov. 16 from NASA's Kennedy Space Center in Florida for the Artemis I mission.

The Artemis I flight test is an uncrewed mission around the moon that will pave the way for a crewed flight test and future human lunar exploration as part of NASA's Artemis lunar program.