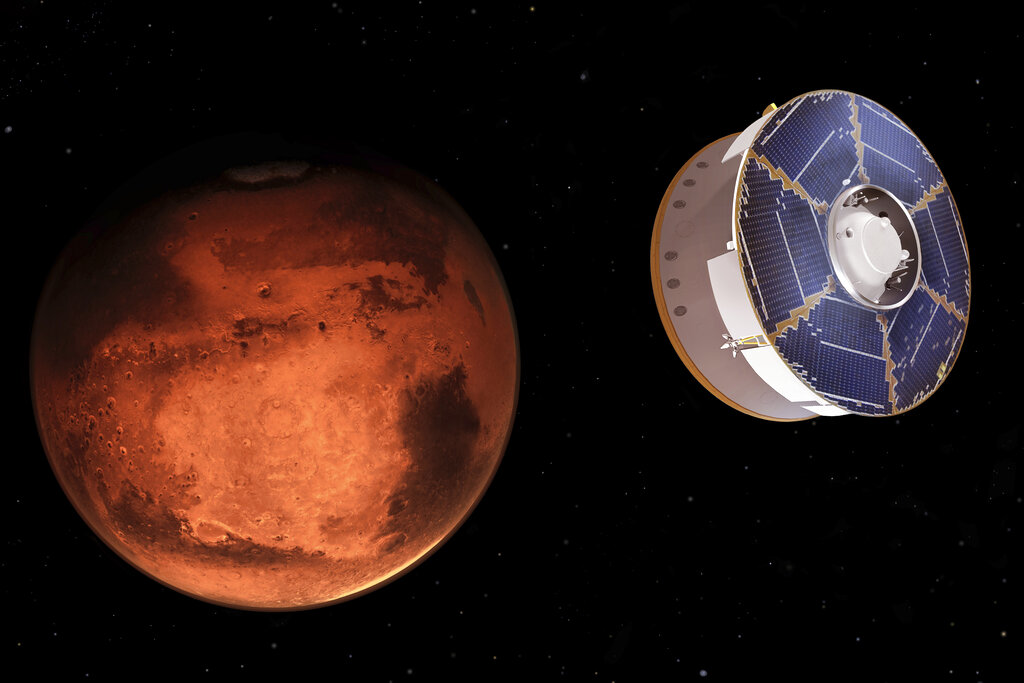 This illustration provided by NASA depicts the Mars 2020 spacecraft carrying the Perseverance rover as it approaches Mars. Perseverance's $3 billion mission is the first leg in a U.S.-European effort to bring Mars samples to Earth in the next decade. (Photo: AP)

WASHINGTON, Feb. 18 (Xinhua) -- NASA's Perseverance rover touched down safely on Mars on Thursday, in search of signs of ancient life on the Red Planet.

Cheers erupted in mission control at NASA's Jet Propulsion Laboratory as controllers confirmed the rover, with the Ingenuity Mars Helicopter attached to its belly, completed its landing on Mars at around 3:55 p.m. EST. 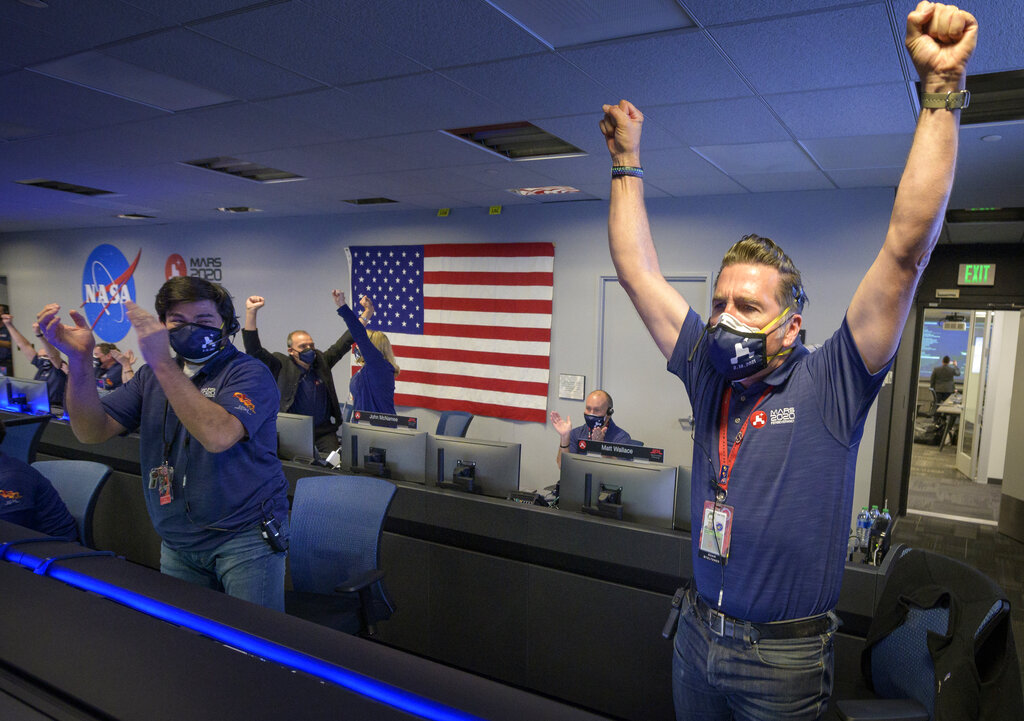 The rover hit the top of the Martian atmosphere seven minutes before its touchdown, and executed the entry, descent, and landing (EDL) process, which was described by NASA as "seven minutes of terror."

The rover sent back the first image of Mars after its touchdown. Photos made available by NASA show the first image sent by the Perseverance rover showing the surface of Mars, just after landing in the Jezero crater, on Thursday, Feb. 18, 2021. (Photos: AP)

About the size of a car, the 1,026-kilogram robotic geologist and astrobiologist will undergo several weeks of testing before it begins its two-year science investigation of Mars' Jezero Crater, according to NASA.

Perseverance, which is the biggest, heaviest, cleanest, and most sophisticated six-wheeled robotic geologist ever launched into space, will search Jezero Crater for signs of ancient life on Mars, and collect samples that will eventually be returned to Earth.

Equipped with seven primary science instruments, the most cameras ever sent to Mars, and its exquisitely complex sample caching system - the first of its kind sent into space - Perseverance will scour the Jezero region for fossilized remains of ancient microscopic Martian life, taking samples along the way.

Perseverance was launched on July 30 last year from the Space Launch Complex 41 at Cape Canaveral Air Force Station in the U.S. state of Florida. It arrived at the Red Planet after a 203-day journey traversing 472 million kilometers, according to NASA. 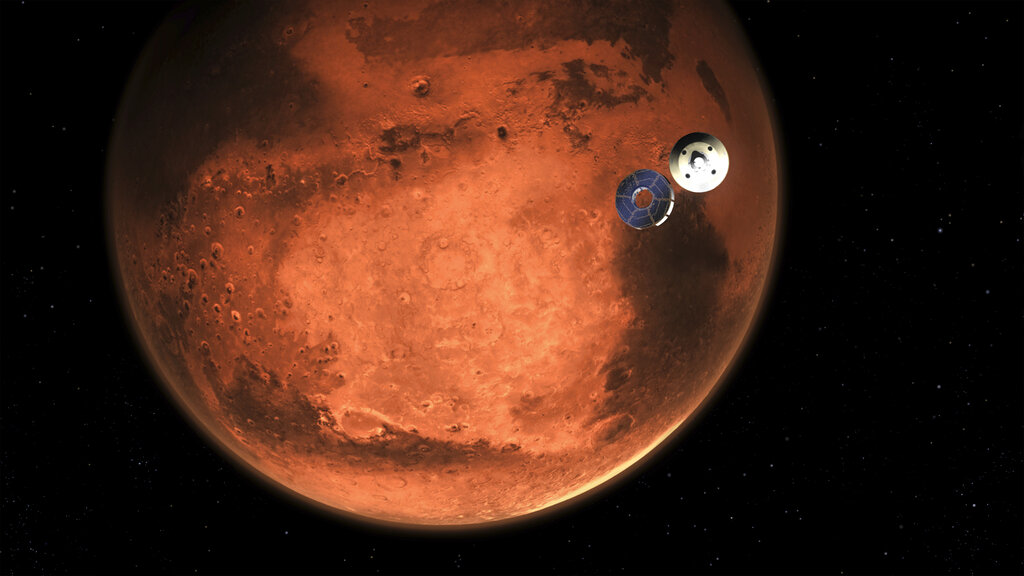 In this illustration made available by NASA, the Perseverance rover casts off its spacecraft's cruise stage, minutes before entering the Martian atmosphere. (Photo: AP)

It is the first rover to bring a sample caching system to Mars that will package promising samples for return to Earth by a future mission.

"Perseverance is NASA's most ambitious Mars rover mission yet, focused scientifically on finding out whether there was ever any life on Mars in the past," said Thomas Zurbuchen, associate administrator for the Science Mission Directorate at NASA Headquarters in Washington.

"To answer this question, the landing team will have its hands full getting us to Jezero Crater - the most challenging Martian terrain ever targeted for a landing," he said.

Perseverance is the fifth Mars rover sent by NASA to Mars, after Sojourner, Spirit, Opportunity, and Curiosity. It is also the largest and heaviest robotic Mars rover NASA has built.

The rover is the third spacecraft that arrived at the Red Planet this month after Hope probe, the first interplanetary mission from the United Arab Emirates, and Tianwen-1 probe, China's first Mars mission.