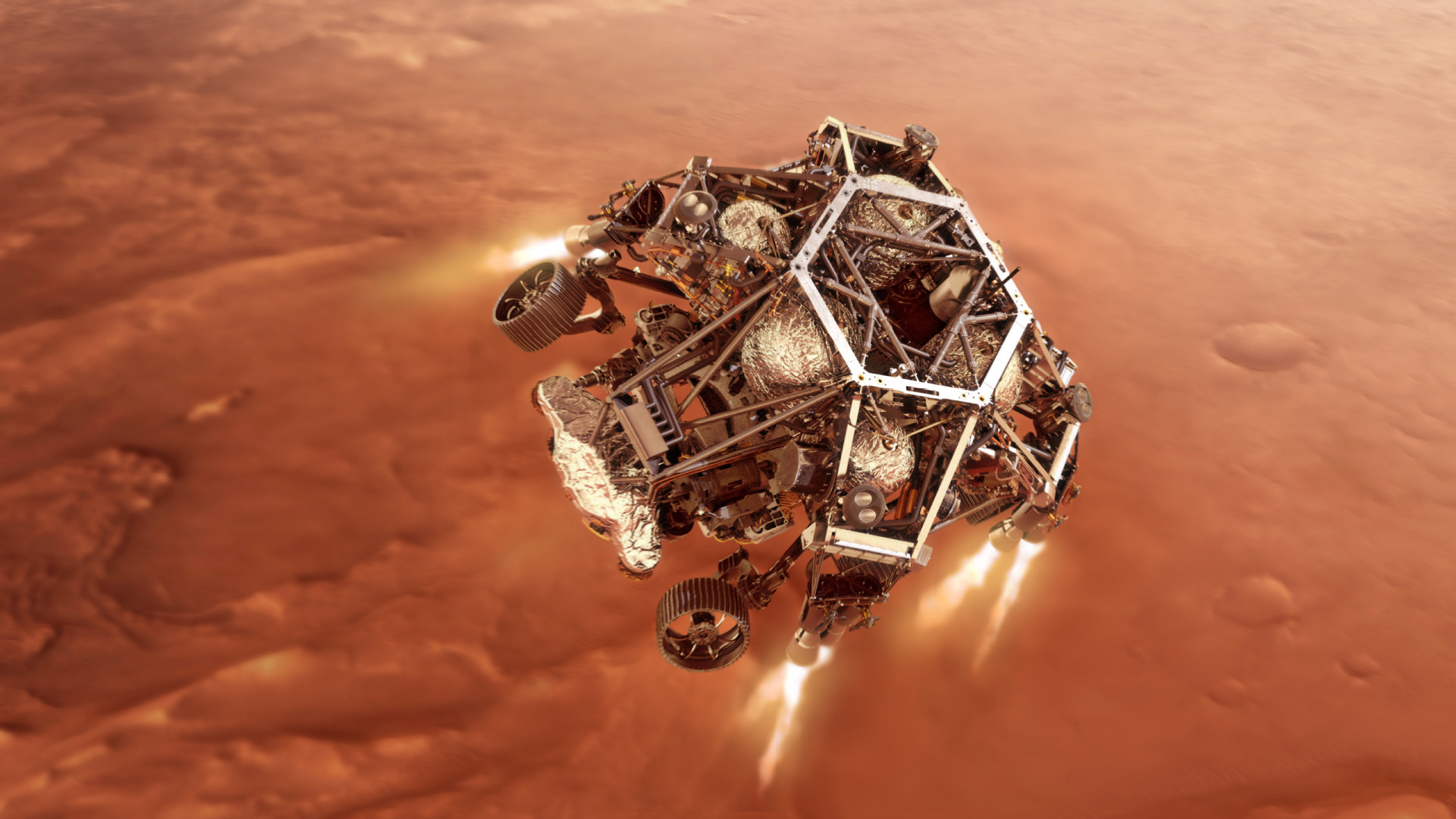 The drive, which lasted about 33 minutes, propelled the rover forward 4 meters, where it then turned in place 150 degrees to the left and backed up 2.5 meters into its new temporary parking space.

The drive served as a mobility test as team members check out and calibrate every system, subsystem, and instrument on Perseverance, according to NASA.

Once the rover begins pursuing its science goals, it is expected to have regular commutes extending 200 meters, said NASA.

"The first trek of the agency's largest, most advanced rover yet on the Red Planet marks a major milestone before science operations get under way," said NASA in a statement.

"When it comes to wheeled vehicles on other planets, there are few first-time events that measure up in significance to that of the first drive," said Anais Zarifian, Perseverance rover mobility test bed engineer at NASA's Jet Propulsion Laboratory in Southern California.

"This was our first chance to 'kick the tires' and take Perseverance out for a spin. The rover's six-wheel drive responded superbly. We are now confident our drive system is good to go, capable of taking us wherever the science leads us over the next two years," she said.

Upcoming events and evaluations for the rover include more detailed testing and calibration of science instruments, sending the rover on longer drives, and jettisoning covers that shield both the adaptive caching assembly and the Ingenuity Mars Helicopter during landing, according to NASA.

The experimental flight test program for the Ingenuity Mars Helicopter, which landed on Mars together with Perseverance rover, will also take place during the rover's commissioning.

The rover was launched on July 30 last year from the Space Launch Complex 41 at Cape Canaveral Air Force Station in the U.S. state of Florida. It arrived at the red planet on Feb. 18 after a 203-day journey traversing 472 million kilometers.

With the primary mission to search for signs of ancient life on Mars, the rover will characterize the planet's geology and past climate, pave the way for human exploration of the Red Planet, and be the first mission to collect and cache Martian rock and regolith.