TECH NASA's rover to hunt for microscopic fossils on Mars

NASA's rover to hunt for microscopic fossils on Mars 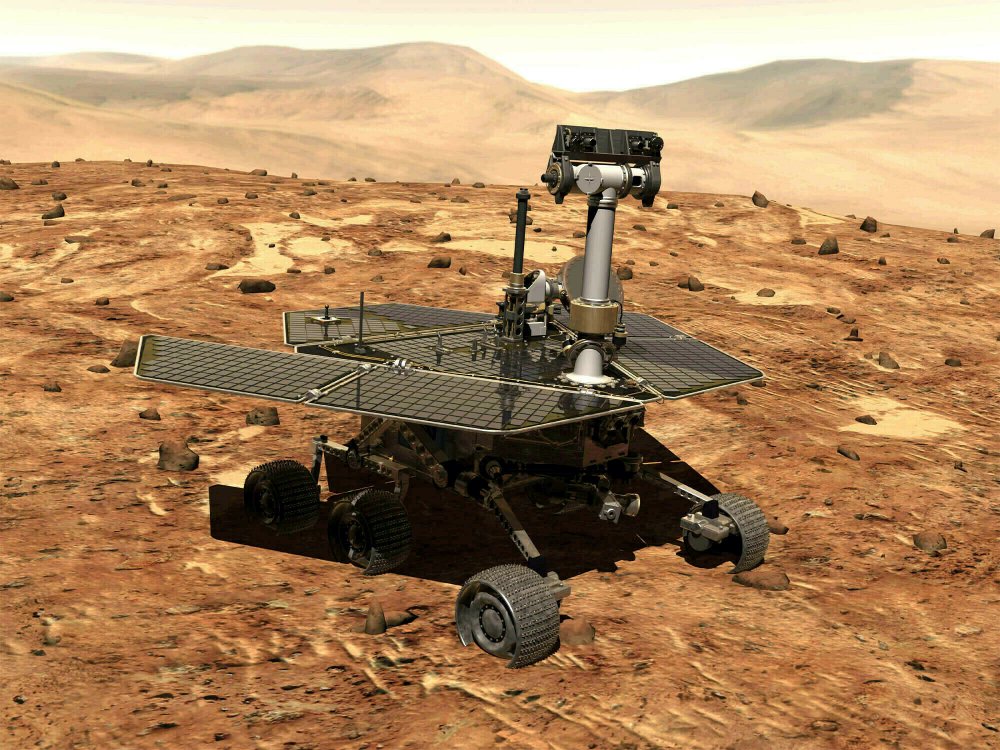 This illustration made available by NASA shows the rover Opportunity on the surface of Mars. (Photo: AP)

WASHINGTON, Nov. 13 (Xinhua) -- NASA scientists have discovered a potential place for its Mars 2020 rover to look for signs of ancient life in Jezero Crater where the rover will land in February of 2021.

The study published Tuesday in the journal Icarus showed the existence of distinct deposits of minerals called carbonates along the inner rim of the crater, the site of a lake more than 3.5 billion years ago.

The hardy structures of carbonates can survive in fossil form for billions of years on Earth. Those fossils include seashells, coral and some stromatolites, which are rocks formed by ancient microbial life along ancient shorelines.

Scientists identified Jezero's shoreline as a prime scientific hunting ground since the stromatolite-like structures may exist there.

NASA's Curiosity rover had already found that parts of Mars could have supported microbial life billions of years ago.

It identified the seasonal changes of the oxygen and methane directly above the surface of Gale Crater on Mars, showing tantalizing signs of possible biological activity on Mars. However, the Curiosity rover is unable to analyze what causes the changes.

Mars 2020 is NASA's next-generation mission to study life throughout the universe. It will search for actual signs of past microbial life, taking rock core samples that will be deposited in metal tubes on the Martian surface.

Also, carbonates can reveal more about how Mars transitioned from having liquid water and a thicker atmosphere to being the freezing desert it is today.

The Mars 2020 rover will launch in July or August 2020. It is part of a larger program that includes missions to the moon as a way to prepare for human exploration of the Red Planet.