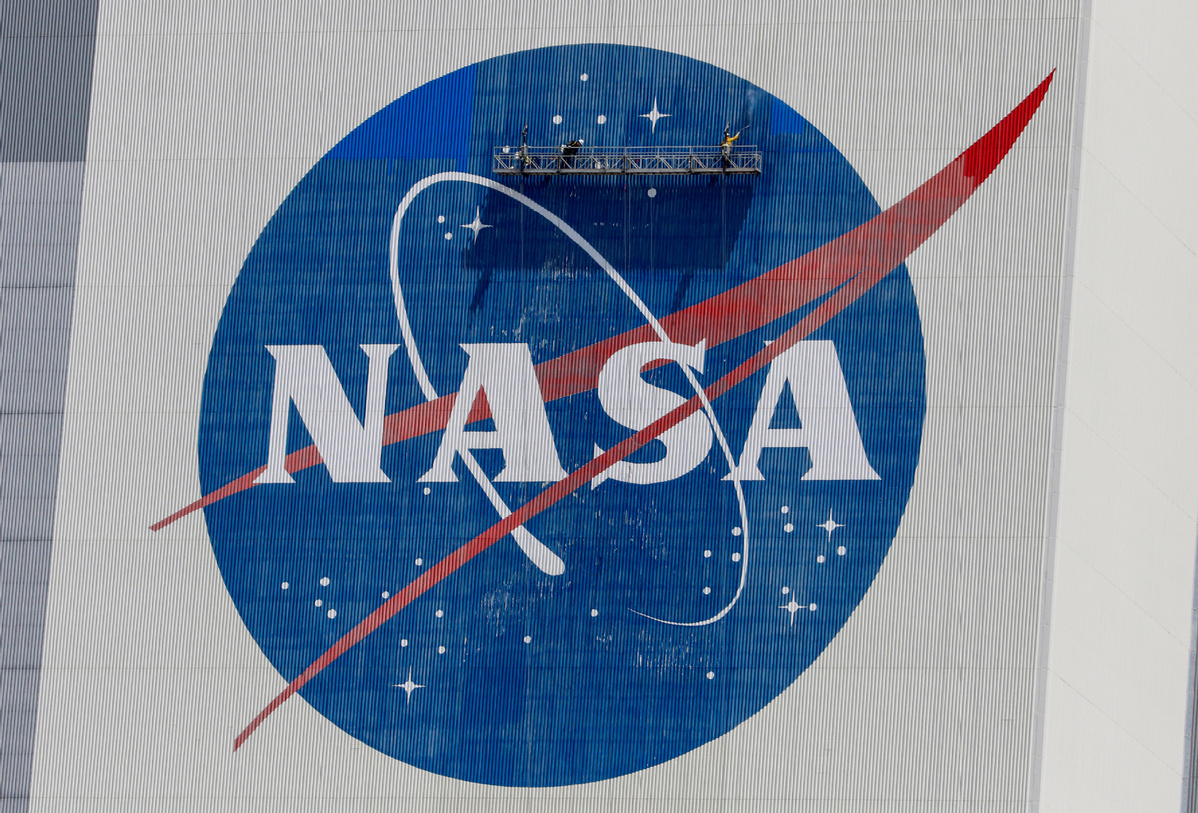 Workers pressure wash the logo of NASA on the Vehicle Assembly Building at the Kennedy Space Center in Cape Canaveral, Florida, US, on May 19, 2020. (Photo: Agencies)

"Artemis will be the broadest and most diverse international human space exploration program in history, and the Artemis Accords are the vehicle that will establish this singular global coalition," said NASA Administrator Jim Bridenstine.

With the signing on Tuesday, "we are uniting with our partners to explore the Moon and are establishing vital principles that will create a safe, peaceful, and prosperous future in space for all of humanity to enjoy," Bridenstine said.

The founding member nations that have signed the Artemis Accords include the United States, Australia, Canada, Italy, Japan, Luxembourg, the United Arab Emirates, and the United Kingdom.

NASA is leading the Artemis program, which includes sending the first woman and next man to the surface of the Moon in 2024.