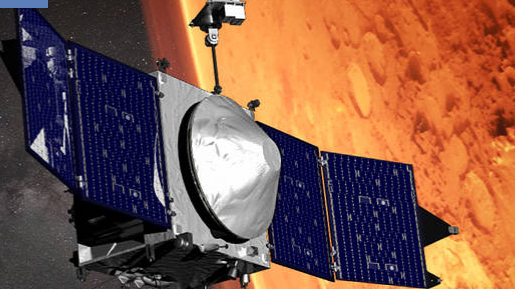 An American spacecraft moved closer to Mars to act as a telecommunications relay for Mars landers and rovers after a two-month orbit tightening ended Friday.

The four-year-old spacecraft called Mars Atmosphere and Volatile Evolution (MAVEN) slowed down gradually by aerobraking, a process taking advantage of the Martian upper atmosphere to place a small amount of drag on the spacecraft, according to NASA.

"It's like applying the brakes on a car but instead of brake pads, we used Mars' atmosphere," said Stuart Demcak, the navigation team lead at NASA's Jet Propulsion Laboratory.

The spacecraft lowest altitude of the orbit lowered from 151 km to about 132 km above the Martian surface. At this altitude, the atmosphere is dense enough to provide the small amount of drag on the spacecraft to slow it down.

Also, the highest point in orbit dropped from about 6,050 km to about 4,570 km, improving MAVEN's availability to support relay communications with NASA's landers and rovers on the surface of Mars. It allowed the MAVEN orbiter to circle Red Planet more frequently and thus communicate with the Mars rovers more frequently. 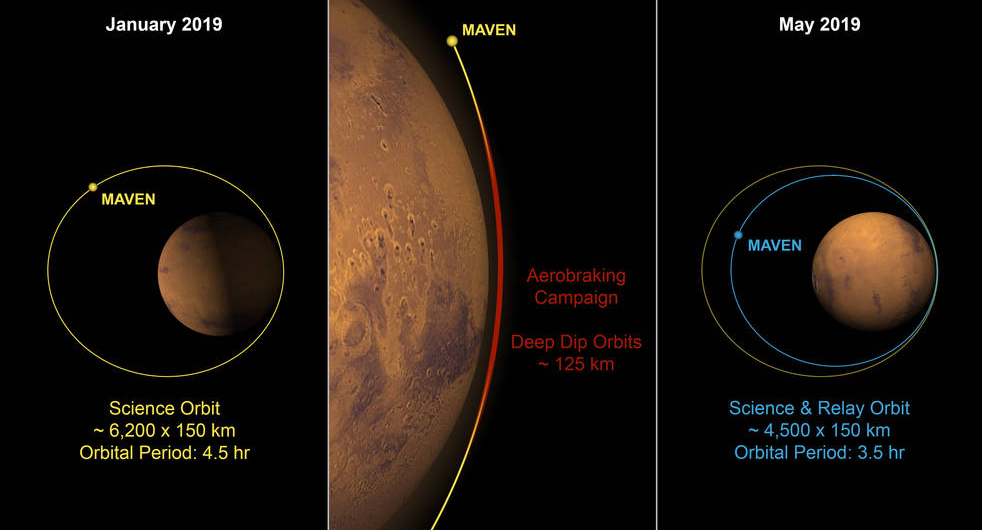 The data-relay satellite will be working with NASA's Mars 2020 rover to be launched next year.

While not conducting relay communications, MAVEN will continue to study the structure and composition of the upper atmosphere of Mars.

The MAVEN, launched in November of 2013, has completed its two-year mission in space, but its fuel allows it to last through 2030, according to NASA.