A NASA spacecraft touched down on the rugged surface of the Bennu asteroid on Tuesday, grabbing a sample of rocks dating back to the birth of our solar system to bring home. 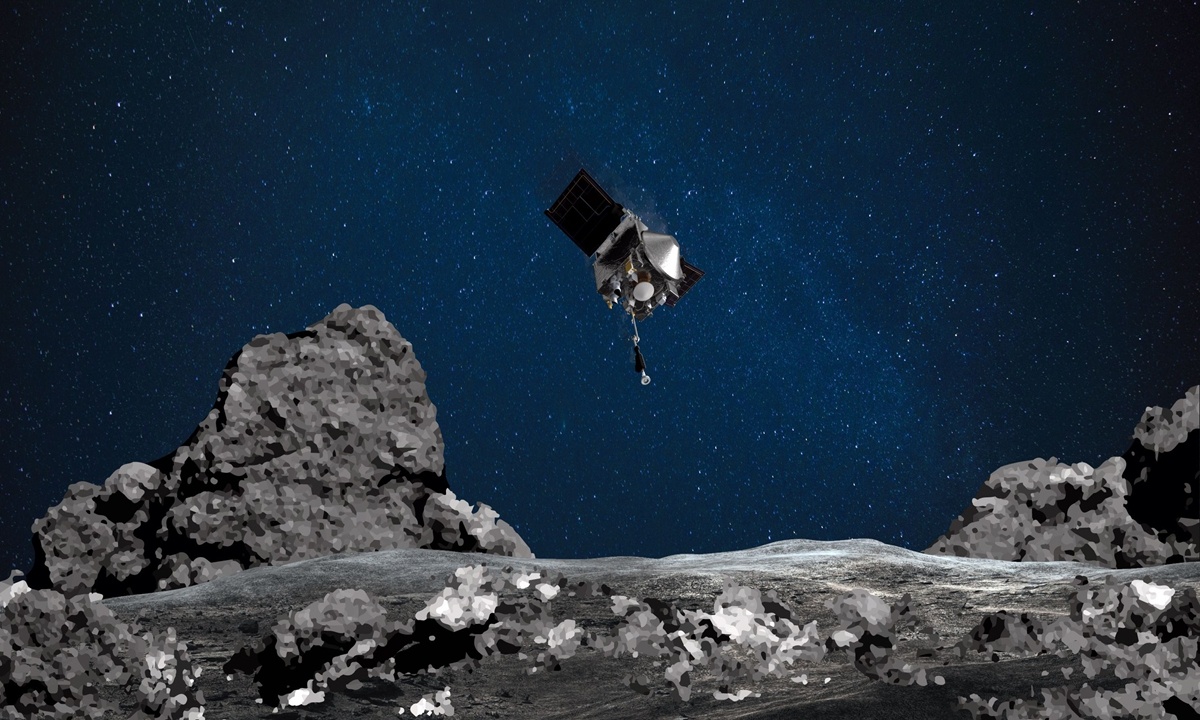 This NASA file image obtained August 11, shows an artist's rendering of the OSIRIS-REx spacecraft descending towards asteroid Bennu to collect a sample of the asteroid's surface. (Photo: VCG)

The minivan-sized OSIRIS-REx spacecraft, built by Lockheed Martin, extended its 3.35-meter robotic arm toward a flat patch of gravel near Bennu's North Pole and plucked the sample of rocks, the space agency's first handful of pristine asteroid rocks.

"Sample collection is complete, and the back-away burn has executed," Lockheed mission operator Estelle Church added seconds later, confirming the spacecraft eased away from the space rock after making contact.

The probe will send back images of the sample collection on Wednesday and throughout the week so scientists can examine how much material was retrieved and determine whether the probe will need to make another collection attempt.

If a successful collection is confirmed, the spacecraft will journey back toward Earth, arriving in 2023. Japan is the only other country to have already accomplished this.

Bennu could hold clues to the origins of life on Earth, scientists say.

The spacecraft launched in 2016 for the journey to Bennu.