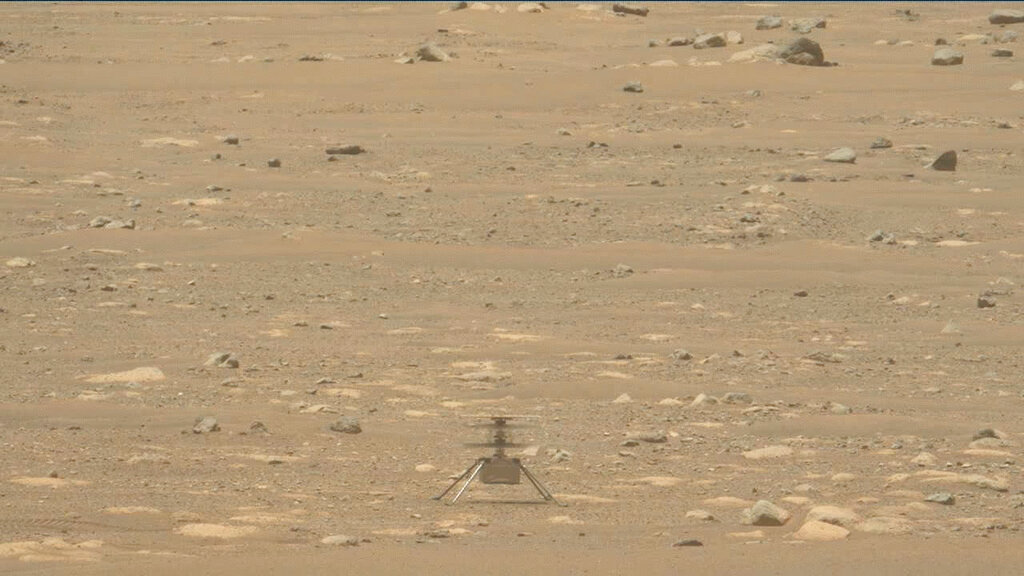 This Thursday, April 29, 2021 image from video made available by NASA shows the Mars Ingenuity helicopter on the surface of the planet. The 4-pound aircraft was supposed to lift off Thursday on its longest, fastest flight yet. But the chopper remained on the ground. (Photo: AP)

WASHINGTON, April 29 (Xinhua) -- NASA and SpaceX are targeting Saturday for the return of their first crew mission from the International Space Station (ISS).

The crew members are expected to be back to Earth at 11:36 a.m. EDT Saturday, in the Gulf of Mexico off the coast of Florida.

The Crew Dragon will undock autonomously and depart from the ISS with the capability to splashdown at one of seven targeted landing zones in the Atlantic Ocean or Gulf of Mexico off the coast of Florida, according to NASA.

Crew-1 is the first of six crewed missions NASA and SpaceX will fly as part of the agency's Commercial Crew Program, which worked with the U.S. aerospace industry to return launches with astronauts on American rockets and spacecraft from American soil.