LOS ANGELES, Feb. 25 (Xinhua) -- NASA has published a set of six papers this week describing its InSight lander's findings above and below the surface of Mars. 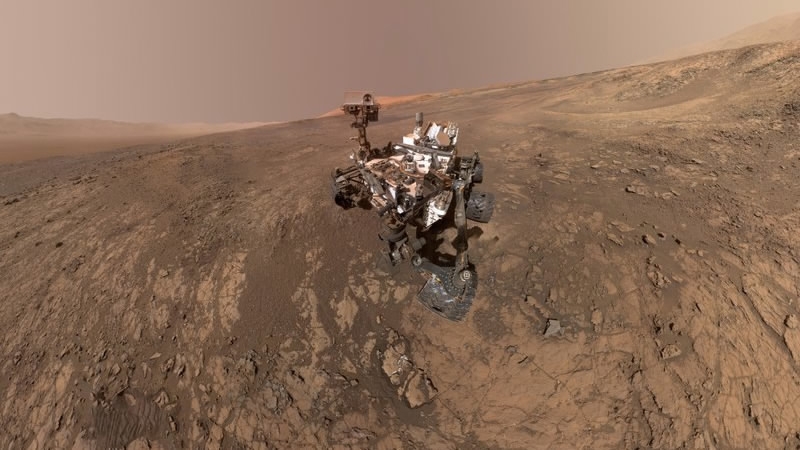 These findings reveal a planet alive with quakes, dust devils and strange magnetic pulses, according to a release of NASA's Jet Propulsion Laboratory (JPL).

Five of the papers were published in Nature. An additional paper in Nature Geoscience details the InSight spacecraft's landing site, a shallow crater nicknamed "Homestead hollow" in a region called Elysium Planitia.

InSight is the first mission dedicated to looking deep beneath the Martian surface. Among its science tools are a seismometer for detecting quakes, sensors for gauging wind and air pressure, a magnetometer, and a heat flow probe designed to take the planet's temperature.

The first results reported from the InSight mission on Mars include evidence for locally strong crustal magnetization, unexpected atmospheric processes, and marsquakes from distant, enigmatic sources. Some of the marsquakes detected by InSight's seismometer can be traced to Cerberus Fossae, a region that may be tectonically active, according to JPL.

InSight has two radios -- one for regularly sending and receiving data, and a more powerful radio designed to measure the "wobble" of Mars as it spins.

This X-band radio, also known as the Rotation and Interior Structure Experiment, can eventually reveal whether the planet's core is solid or liquid. A solid core would cause Mars to wobble less than a liquid one would, said JPL.

This first year of data is just a start. Watching over a full Martian year (two Earth years) will give scientists a much better idea of the size and speed of the planet's wobble, said JPL.