NASA on Thursday unveiled the calendar for the "Artemis" program that will return astronauts to the Moon for the first time in half a century, including eight scheduled launches and a mini-station in lunar orbit by 2024. 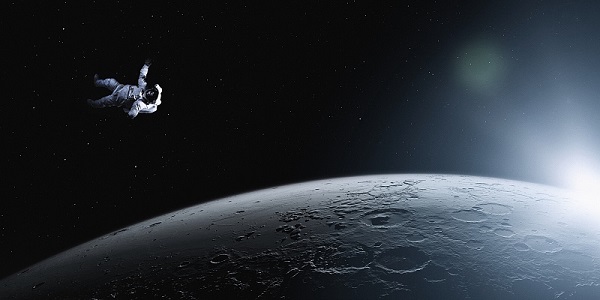 NASA plans to return humans to the Moon by 2024, for the first time since the Apollo program ended in 1972. (Photo: VCG)

The original lunar missions were named for Apollo – Artemis was his twin sister in Greek mythology, and the goddess of hunting, wilderness and the Moon.

Administrator Jim Bridenstine confirmed that Artemis 1 will be an uncrewed mission around the Moon planned for 2020.

Next will come Artemis 2, which will orbit Earth's satellite with a crew around 2022; followed finally by Artemis 3 that will put astronauts on lunar soil in 2024, including the first woman.

The three will be launched into space by the biggest rocket of all time, the Boeing-led Space Launch System (SLS), which is currently under development but has seen numerous delays and has been criticized in some quarters as a bloated jobs program.

Affixed to its summit will be the Orion capsule, for which Lockheed Martin is the primary contractor.

In addition to these missions, which will be all NASA's efforts, there will be five launches carrying the building blocks of the lunar mini-station "Gateway" which will serve as a staging point for the Moon landing.

These will be carried out between 2022 and 2024 by private space companies, which NASA will pay for their services.

The orbital station will initially consist of a simple power and propulsion element and a small habitat module. In 2024, astronauts will stop there en route to the Moon.

They will then descend to the surface on a lander.

A part of the lander will remain on the Moon while the other part will take off and allow the astronauts to return to their station, where they will board the Orion capsule and return to Earth.

Bridenstine said Thursday that NASA had chosen private firm Maxar to build the station's first module, the power and propulsion element, which would rely on huge solar panels.

In the coming months, NASA will have to decide on who will build the lander. Aerospace giants such as Boeing and Lockheed Martin are vying for the contract as are new players like Jeff Bezos' Blue Origin.

"We're not owning the hardware, we're buying the service," said Bridenstine of the lander. "The goal here is speed. 2024 is right around the corner."

He added: "Our goal is ultimately to move on to Mars and not get stuck on the surface of the Moon."