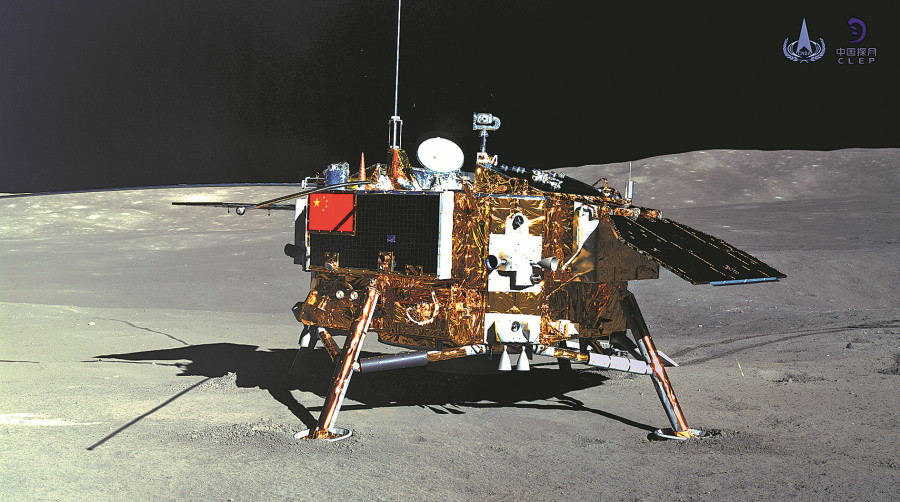 China plans to establish a scientific station on the moon and has started preparatory research, according to a key figure in the country's lunar exploration program.

"The next steps in our lunar exploration endeavor will be challenging and demanding as we aim to set up a scientific outpost on the moon's south pole. In the near future, we will also send our astronauts to land on the moon," said Wu Weiren, chief designer of China's lunar exploration program and an academician of the Chinese Academy of Engineering.

He is now working on the planning and feasibility research on the proposed station and the lunar program's fourth step.

The scientist made the remarks at a ceremony on Tuesday at the China National Space Administration that announced the naming of an asteroid after him.

The asteroid was discovered in August 2007 by researchers at the Xuyi Station in Jiangsu province's Xuyi county, which belongs to the Chinese Academy of Sciences' Purple Mountain Observatory in Nanjing.

The move was approved by the International Astronomical Union in June to honor his significant contribution to China's lunar and deep-space exploration programs.

In China's most recent lunar mission, the Chang'e 4 robotic probe, which consists of an unmovable lander and a rover named Yutu 2, was lifted atop a Long March 3B carrier rocket in December 2018 at the Xichang Satellite Launch Center in Sichuan province, marking the country's fourth lunar exploration and the world's first expedition to the far side of the moon, which never faces Earth.

The probe made a soft landing on the far side on Jan 3, 2019, and then released Yutu 2 to roam and survey the landing site in the South Pole-Aitken basin, the largest and deepest known basin in the solar system.

So far, the lander and rover have operated for more than 610 days. As the world's longest operational lunar rover, Yutu 2 has traveled about 520 meters on the lunar soil, according to the space administration.

The Chang'e 4 mission has produced a great deal of scientific results that have helped scientists around the globe deepen their knowledge and understanding about the silver sphere.

It has revealed the history of impact incidents on the moon's far side, especially the South Pole-Aitken basin, and found crucial evidence to support the formation and evolution models of the lunar soil, said Wang Chi, director of the National Space Science Center under the Chinese Academy of Sciences.