TECH Nation's top aerospace experts to give talks in HK

Nation's top aerospace experts to give talks in HK 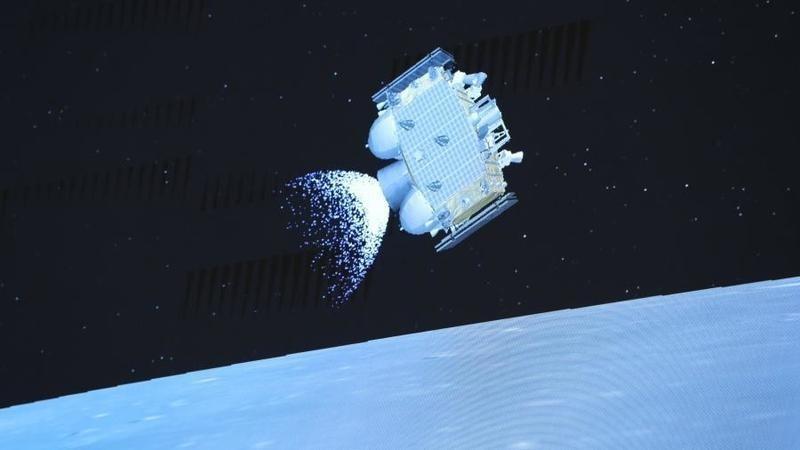 This photo taken at Beijing Aerospace Control Center in Beijing on Dec 3, 2020 shows an image of the ascender of the Chang'e 5 spacecraft flying above the lunar surface. Hu Hao, chief designer of the third stage of the nation's Lunar Exploration Project, will be one of the experts giving talks at the University of Hong Kong on June 23-24, 2021. (Photo: Xinhua)

Starting Wednesday, China's top aerospace scientists and engineers are expected to give face-to-face talks at some universities and secondary schools in Hong Kong.

According to the Hong Kong Polytechnic University, three distinguished scientists who participated in China's space exploration programs will give lectures on their experience in events to be held on Wednesday and Thursday.

Two more lectures will be held at the University of Hong Kong on Wednesday afternoon and Thursday morning.

The scientists' delegation will also bring along soil samples collected from the moon during China's fifth lunar exploration mission in late 2020, local Chinese-language newspaper Ta Kung Pao reported. The lunar soil will be displayed at the Hong Kong Convention and Exhibition Centre from Sunday through early July.